Presentation on theme: "The Greenhouse Effect. The problem of global warming We can’t say that we do not notice it or know nothing about it. The melting of ice, earthquakes and."— Presentation transcript:

2 The problem of global warming We can’t say that we do not notice it or know nothing about it. The melting of ice, earthquakes and other natural disasters… Are they connected in any way with the greenhouse effect?

3 What is the greenhouse effect? The Sun’s warmth heats the surface of the Earth, which in turn radiates energy back into space. Some of this radiation, which is nearly all in infrared spectrum, is trapped in the atmosphere by greenhouse gases. The trapped radiation warms the lower atmosphere, or the troposphere. Some heat then finds its way back down to the Earth's surface, making it hotter than it would otherwise be.

4 Is the greenhouse effect a thoroughly bad thing? Not quite. Without it, the planet would not be warm enough to support life as we know it. The problem is that pre-industrial greenhouse gas levels are being boosted by burning fossil fuels. If nothing is done to curb emissions, the amount of CO2 in the atmosphere will probably be more than double pre- industrial levels by the end of this century.

5 Are the water vapour and carbon dioxide all we have to worry about? No. Other gases can absorb infrared radiation and contribute to greenhouse warming. These include methane, ozone, CFCs (chlorofluorocarbons) and nitrous oxide released by fertilizers.

6 How do we know that pre-industrial greenhouse gas levels were?

8 What effects are global warming feedbacks likely to have? One of the easiest to estimate is the “ice-melting” feedback. As the world warms, ice caps will melt. Ice reflects solar radiation. Less ice - less reflection. So it will increase warming.

9 The negative effect of ice-melting It may also increase cloud cover, cooling the Earth.

10 Is there any evidence of a speed–up in the accumulation of CO2 in the atmosphere? Yes. Since the start of the 21 st century, the rate of accumulation has accelerated. It is now at twice the 1990s level. It could be that the forests and oceans are losing the ability to absorb our pollution. If so, then global warming could shortly gather pace.

11 What are some of the most significant effects global warming will have on the human race? As rainfall patterns alter, rivers will dry up in some regions, while others will flood.

12 Rising sea level will wipe out many islands and flood low-lying areas.

14 It’s up to us what to do to save our fragile planet!

Download ppt "The Greenhouse Effect. The problem of global warming We can’t say that we do not notice it or know nothing about it. The melting of ice, earthquakes and." 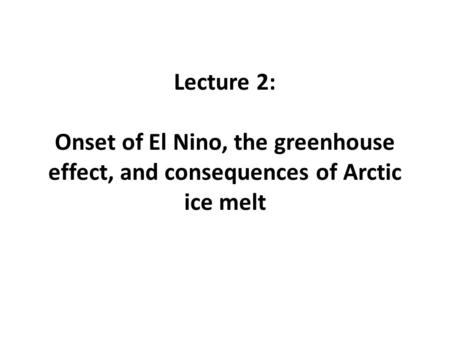 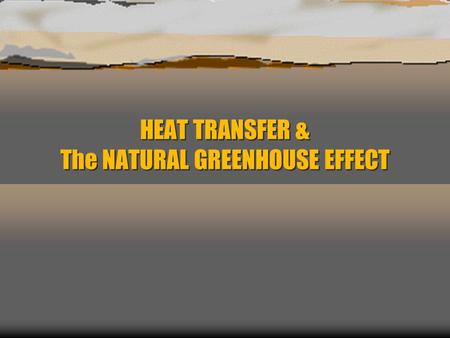