Presentation on theme: "HEAT TRANSFER & The NATURAL GREENHOUSE EFFECT. TRAPPING HEAT  A “ greenhouse ” is any structure that is designed to take in the sun’s energy and trap."— Presentation transcript:

2 TRAPPING HEAT  A “ greenhouse ” is any structure that is designed to take in the sun’s energy and trap it as heat.  The energy given off by the sun is called solar radiation.  Some solar radiation is reflected back out of the greenhouse but some of it hits surfaces within the greenhouse and warms them up. These warm objects warm up the air around them and the temperature of the greenhouse goes up.  The greenhouse is sealed so the warm air can’t escape and the heat is trapped inside of it.

4 The NATURAL GREENHOUSE EFFECT  Solar radiation strikes the Earth and one of two things occur. 1. The energy is reflected by parts of the Earth back out into space.  Things such as clouds, ice and water are all capable of reflecting solar radiation. 2. The energy is absorbed by areas on the Earth’s surface and these surfaces become warm and heat up the air that lies just above them.  The air becomes warm and the temperature goes up.  This warm air rises and the heat tries to escape into space.

5 GREENHOUSE GASES  Greenhouse gases are transparent (clear) gases that allow the solar energy of the Sun through to hit the Earth but do not allow the heat to escape.  Its like a one-way door – light gets in but heat can’t get out.  Greenhouse gases include carbon dioxide ( CO 2 ), nitrous oxide ( N 2 O ) and methane ( CH 4 ).  The most abundant of these gases in the atmosphere is carbon dioxide. It is released in massive amounts through combustion of fossil fuels such as coal, gasoline and oil.

7 Albedo and Heat  The Earth reflects some light and absorbs other light. The albedo of a surface is the percent of the incoming radiation that is reflected. (It will determine if it heats up or stays cool.)  Objects that are duller and darker tend to have a lower albedo than objects that are shiny and lighter in colour.  Snow and ice have a much higher albedo than soil, open water and forests.  Think of how “super bright” it seems to be outside when you walk out of school on a winter day when everything is covered in snow.

8 Thermal Energy Transfer  Thermal energy is heat and the flow of heat is always from the hotter object to the cooler object.  You can gain heat and lose heat but you do not gain cold – that is the loss of heat.  Thermal energy is transferred from one object to another in one of three ways: 1. Radiation – the emission of energy as waves. (Example – The suns energy reaches Earth as radiation. 2. Conduction – the transfer of thermal energy through direct contact. (Example – An egg in a frying pan.) 3. Convection – the transfer of thermal energy through the movement of particles. This method often involves liquids and/or gases. (Example – Baking a cake in the oven.)

Download ppt "HEAT TRANSFER & The NATURAL GREENHOUSE EFFECT. TRAPPING HEAT  A “ greenhouse ” is any structure that is designed to take in the sun’s energy and trap." 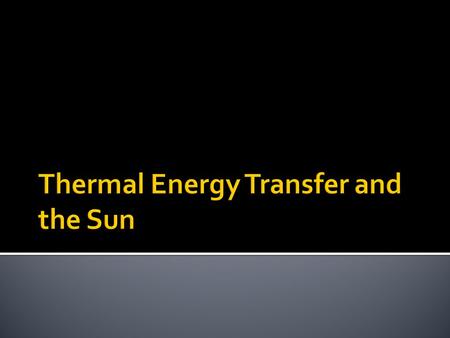 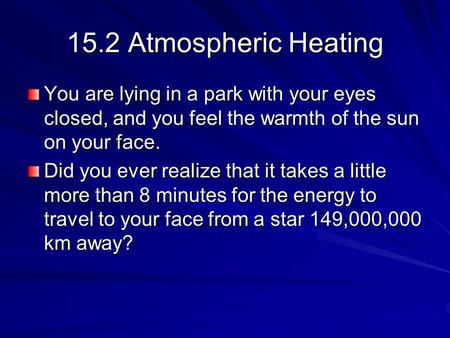 15.2 Atmospheric Heating You are lying in a park with your eyes closed, and you feel the warmth of the sun on your face. Did you ever realize that it takes. 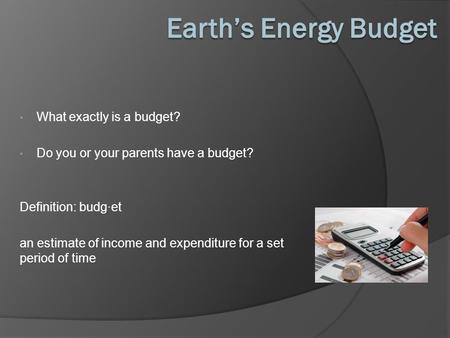 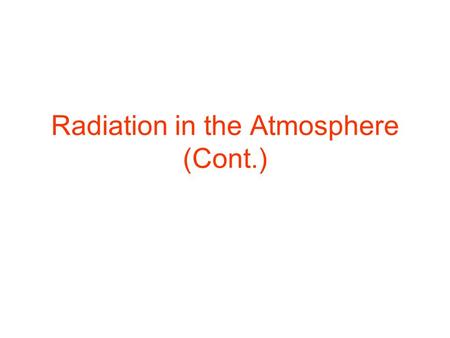