2 Diagnosis: process of determining whether the particular problem afflicting the individual meets all the criteria for a disorder

19 What Are the Pros & Cons of Diagnosis?
Bob is a 53-year old male who reports a number of life stressors that he is having problems coping with, including financial troubles and marriage problems. In addition, he is grieving the suicide of a close friend. Possible diagnosis = Depression

20 What are the pros & cons of diagnosis?
Mary is a 5-year old female who has come to therapy due to a number of behavior problems. She disobeys her parents and often throws tantrums when asked to do something she does not want. She also refuses to sit still in preschool and bites/hits other children when she is angry. Possible diagnosis = Oppositional Defiant Disorder

22 Virgil is a 55-year-old African American man whose wife died of cancer 2 years ago. He has become sullen & withdrawn, spending less time at his hobbies and speaking less to coworkers at his job at a supermarket. He still attends the church to which his wife always accompanied him, and he is still very well-liked, but he tends to arrive in time for the service and leave soon afterward, politely nodding at friends who wish him well.

23 Virgil’s daughter and coworkers are the first to notice the lapses in concentration and the more-frequent occasions where Virgil’s memory fails him. At first these are of little consequence – forgetting to add milk to his coffee, or forgetting to sign a form at work. But soon these lapses become more problematic – missing his heart medication with some regularity, or misplacing a box of a shipment of perishables. Concerned, his daughter convinced Virgil to seek professional help 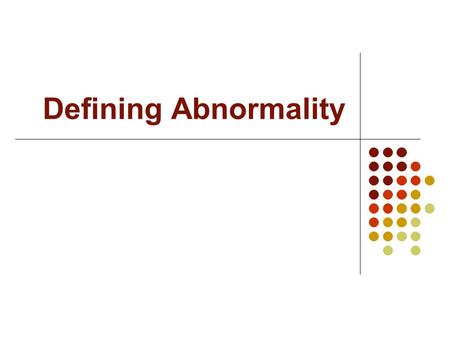 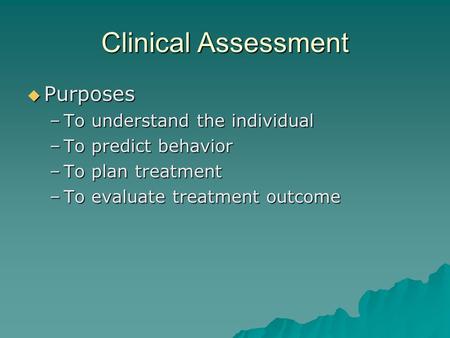 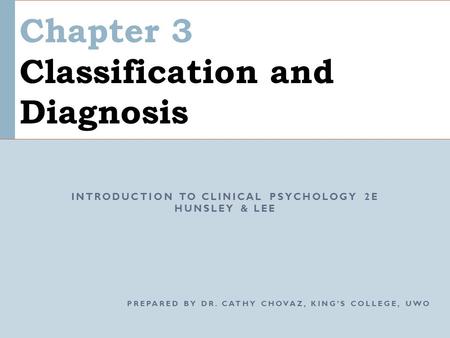 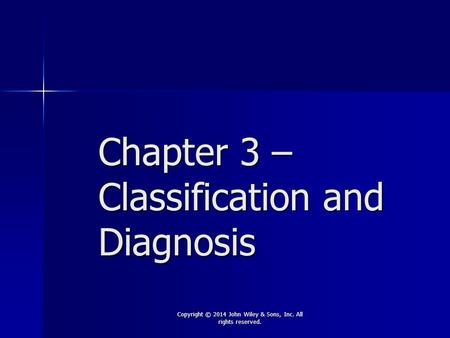 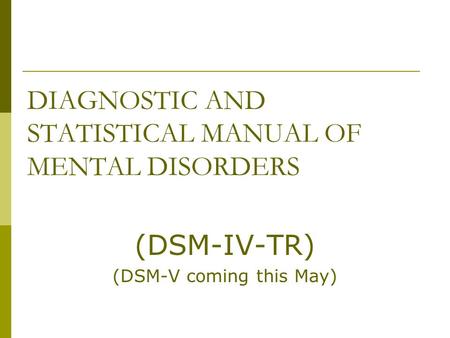