5 Anticline oil & gas trap Fault oil & gas trap Oil & gas fields from which we extract resources are places where natural upward migration of the oil and gas to the surface is interrupted by what is known as a “trap”. The rock that helps form the trap is called a “cap rock”. Pg. 367

6 Oil in the 21 st Century 1.The U.S. (and a number of other regions) has an energy problem caused by dependence of fossil fuels, especially oil. 2.Maximum global production is expected between 2020 and 2050 1.Peak Oil 3.The challenge is to plan for the decline in oil supply and shift to alternative energy sources.

8 Pg. 369 – Major trade routes for the world’s oil in 04’, emphasizing the countries that use Middle Eastern oil.

9 Pg. – Consumption of oil per person.

10 Methane Hydrates White ice-like compound made up of molecules of methane gas trapped in “cages” of frozen water in the sediments of the deep seafloor –This is a potential energy source –Contains ~twice as much energy as all of the known natural gas, oil, and coal deposits on Earth

12 To Drill or Not to Drill? 1)The U.S. needs oil 2)New oil facilities = jobs 3)We know it’s there 4)Use of new drilling practices do less harm to the environment 5)The land affected will be small relative to the total area

13 To Drill or Not to Drill? 1)Wilderness should remain to be wilderness 2)Even with the best technology, oil drilling will affect ANWR 3)Ice roads will have to be constructed (1 million gallons) of water 4)Accidents may occur 5)Oil development will be damaging because it involves people, vehicles, equipment, pipelines, etc.

15 Coal Solid, brittle, carbonaceous rock that is one of the world’s most abundant fossil fuels. Classified according to energy content as well as carbon and sulfur content

20 The Future of Coal –Scrubbing: removes sulfur dioxides Scrubbers are large structures of calcium carbonate –Calcium Carbonate reacts with sulfur dioxides and turns into “sludge” which has to be carefully collected and disposed of Allowance Trading –Reduces pollution –EPA grants utility companies tradable allowances for polluting

21 Oil Shale and Tar Sands Oil Shale –A fine-grained sedimentary rock containing organic matter When superheated (destructive distillation) shale gives ~14gal of oil per ton of shale –The oil is a synfuel Tar Sands –Sedimentary rocks or sands impregnated with tar oil, asphalt or bitumen Recovered by mining the sands and then washing the oil with hot water 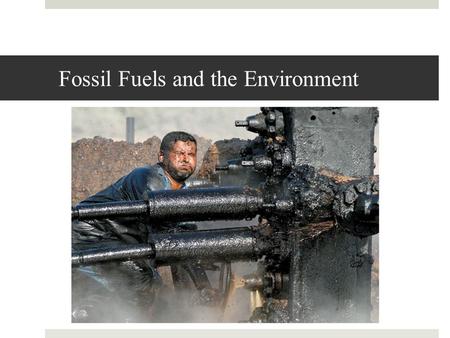 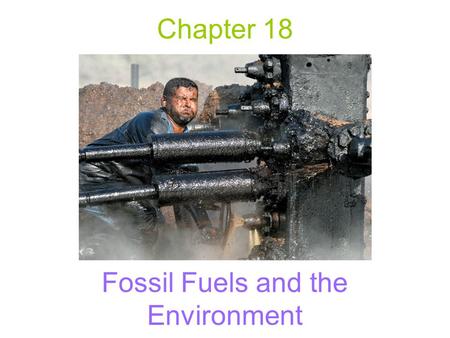 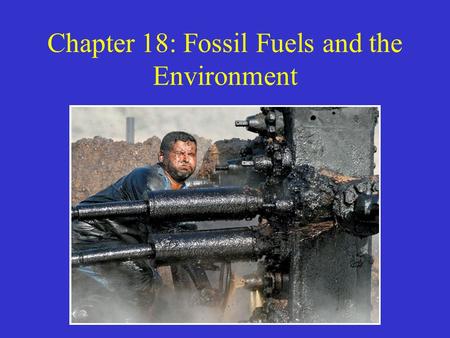 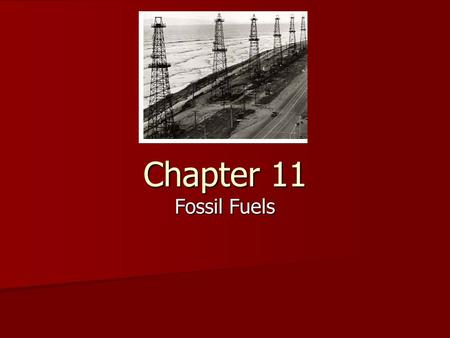 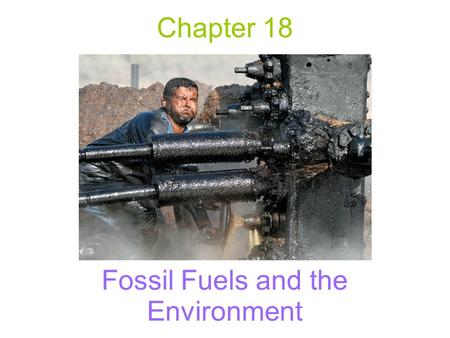