2 O BJECTIVES : Explain how internal energy of the Earth causes matter to cycle through the magma and the solid earth. Describe the availability, current uses and environmental issues related to the use of fossil to produce electricity.

4 F OSSIL F UELS Fossil fuel is a nonrenewable energy resource formed from the remains of plants and animals that lived long ago. A nonrenewable resource is used faster than natural processes can create them. Ex.) Oil, natural gas, coal Form deep underground Associated with sedimentary rocks Energy is released from fossil fuels when they are combusted (burned) Made up of hydrocarbons

5 F OSSIL F UEL F ORMATION 1. Microscopic ocean organisms die and are buried under layers of sedimentary rock where there is little oxygen 2. Heat from the Earth and pressure from the rock above causes a series of chemical reactions to take place 3. The reaction turns the organic compounds into H and C over millions of years

8 C OAL Coal is a fossil fuel that formed underground from partially decomposed plant material. Was once the major source for energy in the US. 23.9% of world energy generation Burning coal produces large amounts of air pollution

11 H OW DO WE OBTAIN FOSSIL FUELS ? Drill oil wells on land and in the ocean Drill natural gas wells on land Hydraulic fracturing Mine coal Strip mining is when soil and rock are removed so the coal can be extracted Mountaintop removal

14 Burning of fossil fuels releases: Increase of greenhouse gases; CO 2 Acid rain; SO 2 and NO x Air pollution; Photochemical smog is a haze that forms when sunlight acts on industrial pollutants and NO x (car exhaust) 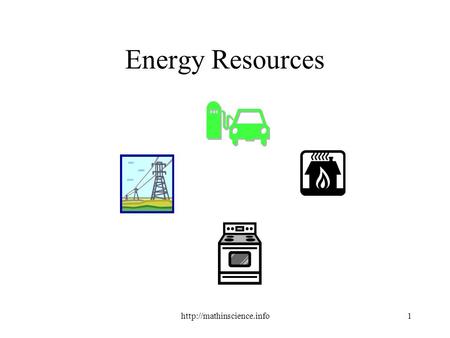 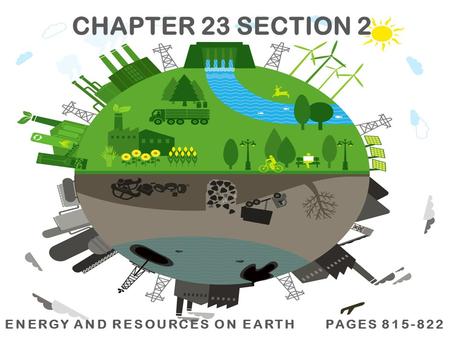 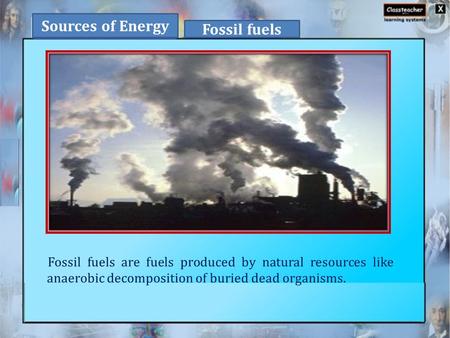