2 Reasons for Variation in the Legend Because the legend was passed down orally, many different versions came about. The Welsh originated the legend, which was then passed down through a few different cultures (Anglo Saxons, French and Modern British). For example, the French romanticized the stories.

5 Select Examples of Arthurian Legends According to most of the legends, King Arthur was king of the Britons and a warrior of an epic scale. He was the possessor of the magic sword Excalibur. Depending on the legend, the magic sword was either a gift from the Lady of the Lake, or pulled from the stone in the churchyard.

7 Merlin was a magician who instructed and advised Arthur. In some legends Merlin was a Druid. Merlin’s mother was mortal and his father was rumored to be a demon spirit. Sir Galahad was the knight assigned to go on the quest for the Holy Grail. Galahad is also the knight that discovers the affair between Guinevere and Lancelot. Mordred was Arthur’s son (or nephew) by Morgain Le Fay. 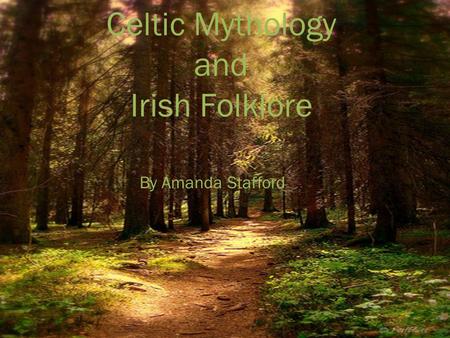