2 Phoneme = meaning distinguishing sounds in a language (the sounds we hear in our minds)
Allophone = different versions of the same phoneme (sounds we make with our mouths) Ex: /spæt/ vs. / phæt/ Broad transcriptions use the main phoneme for all allophonic variations that do not affect meaning Some Terms

5 Co-articulation effects
Assimilation occurs when two sound segments are spoken in sequence and one copies or affects the other. Ex: voiceless labiodental in wolf becomes voiced in the plural b/c of the preceding liquid and vowel and is wolves Ex: every vowel in English pronounced before a nasal becomes nasalized (mark with tilda ˜) contrast back /bæk/and bank /bǣŋk/ Note also that nasals in front of velar stops /k/ and /g/ become assimilated and become velar nasals Ring is /ɹIŋ/ -- and the I would be marked with a ˜ Co-articulation effects

7 Some sounds are affected by nearby sounds, and move to a closer position in the mouth to assimilate to those sounds. Ex: the prefix “in” that negates becomes “im” in front of a bilabial: impossible or immmaterial And remains as “in” in front of dental and alveolar and palatal consonants: invalid or infallible or intolerable or indubitably or insolvable or innocent or injurious For some speakers “in” will sound /Iŋ/ in front of a velar stop ingrate or incoherent Place assimilation

9 Elision occurs when a sound is omitted in casual speech
Ex: suppose as /spowz/ Ex: parade as /pɹ̥ejd/ Note also that the voiceless stop /p/ has devoiced the liquid /ɹ/ to /ɹ̥/ Dissimilation can rarely occur when sounds are deleted b/c there are too many similar sounds in a row Ex: three fifths in careful speech /Ɵɹi fIfƟs/ becomes /Ɵɹi fIfts/ Deletion or elision

10 Epenthesis and Metathesis
In epenthesis, a sound is inserted that makes it easier to transition between two dissimilar sounds. Ex: sonorant nasal to nonsonorant fricative has insertion of nonsonorant stop articulated in the same place warmth with /p/ inserted between /m/ and /Ɵ/ (same place in mouth as /m/ and same voicelessness and nonsonorantness as / /Ɵ/ prince with /t/ inserted between /n/ and /s/ In metathesis, sound elements are re- ordered Ex: a child who cannot say “spaghetti” re-orders the sounds to /pIskεti/ Epenthesis and Metathesis 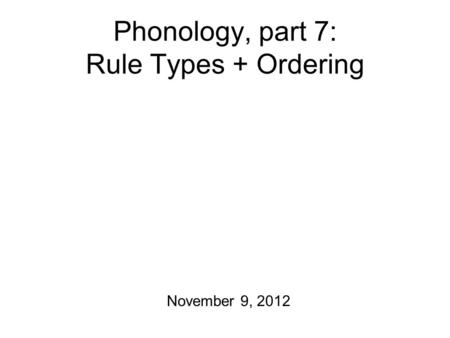 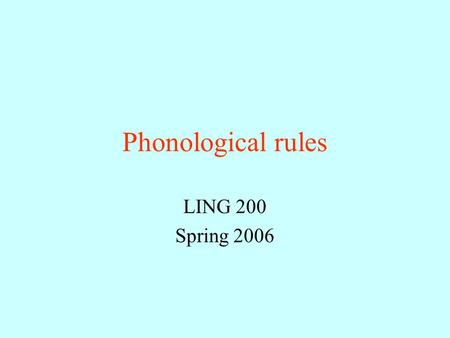 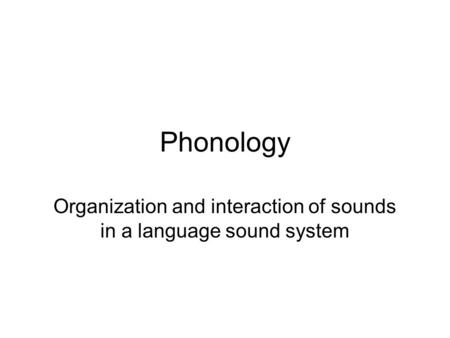 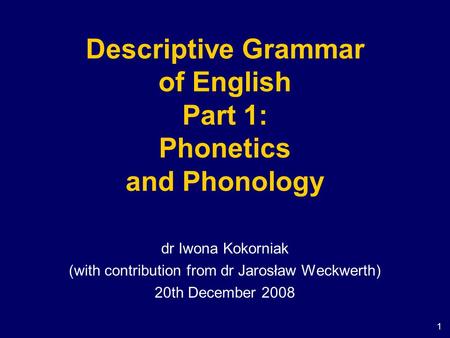 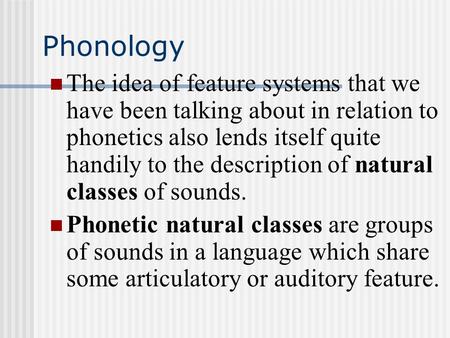 Phonology The idea of feature systems that we have been talking about in relation to phonetics also lends itself quite handily to the description of natural. 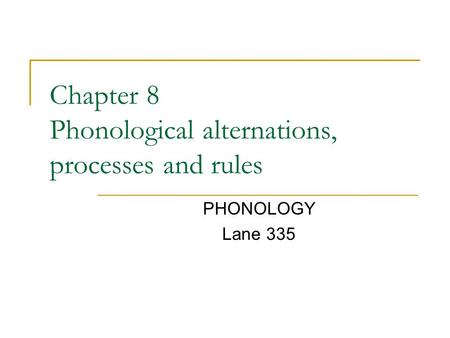 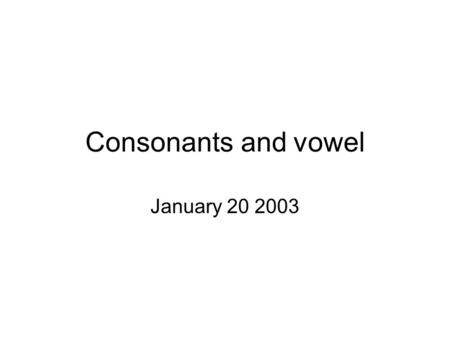