1 Sampling theorem, I  Suppose function h(t) is sampled at evenly spaced intervals in time; – 1/  : Sampling rate  For any sampling interval , there is a special frequency f c, called Nyquist critical frequency, given by – ex: critical sampling of a sine wave of Nyquist critical frequency is two sample points per cycle.  A function f is “ bandwidth limited ” if its Fourier transform is 0 outside of a finite interval [-L, L]  Sampling Theorem: If a continuous function h(t), sampled at an interval , is bandwidth limited to frequency smaller than f c, i.e., H(f)=0 for all |f|>f c, then the function h(t) is completely determined by its samples h n.

2 Sampling theorem, II  For bandwidth limited signals, such as music in concert hall, sampling theorem tells us that the entire information content of the signal can be recorded by sampling rate  -1 equal to twice the maximum frequency pass by the amplifier.  For the function that is not bandwidth limited to less then the Nyquist critical frequency, frequency component that lies outside of the frequency range, -fc < f < fc is spuriously moved into that range (aliasing). – Demo applet http://www.cs.brown.edu/exploratorie s/freeSoftware/repository/edu/brown/ cs/exploratories/applets/nyquist/nyqui st_limit_java_plugin.html http://www.cs.brown.edu/exploratorie s/freeSoftware/repository/edu/brown/ cs/exploratories/applets/nyquist/nyqui st_limit_java_plugin.html

3 Discrete Fourier transform, I  Suppose we have N consecutive sampled values where  is the sampling interval, and assume N is even.  With N numbers of input, we can produce no more than N independent number of outputs. Therefore, we seek estimates only at the discrete values;  Then, discrete Fourier Transform (DFT) is  ; DFT maps N complex numbers (the h k ’ s) into N complex numbers (the H n ’ s).  ;trapezoidal approximation of the integral 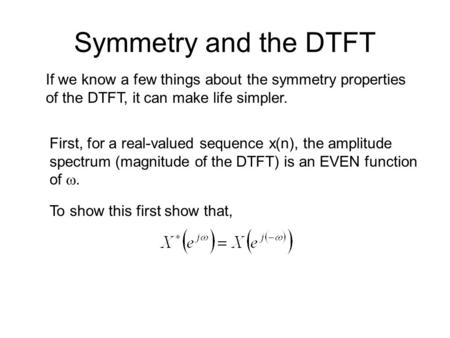 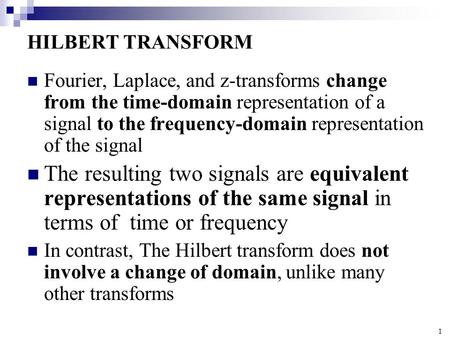 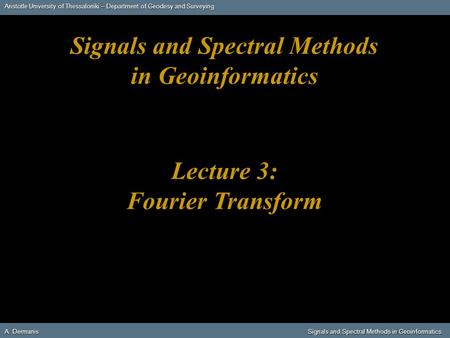 Aristotle University of Thessaloniki – Department of Geodesy and Surveying A. DermanisSignals and Spectral Methods in Geoinformatics A. Dermanis Signals. 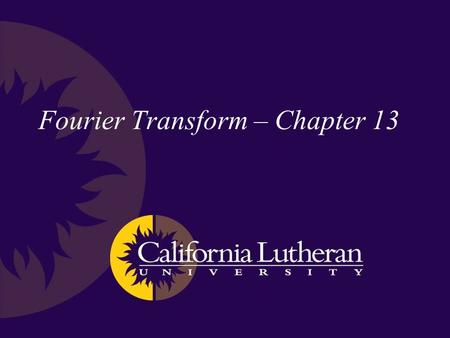 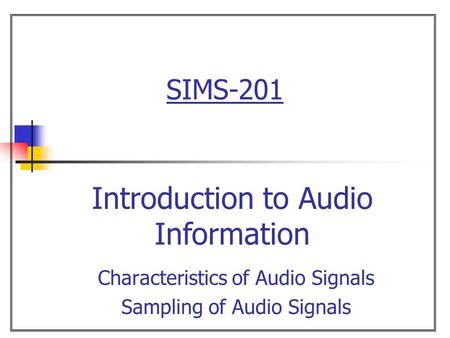 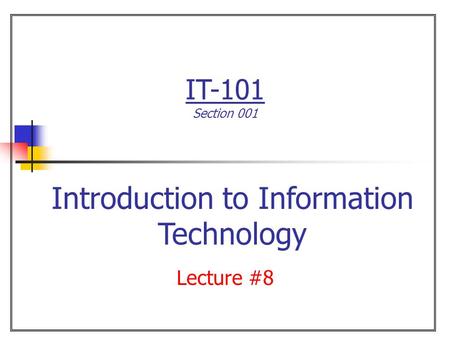 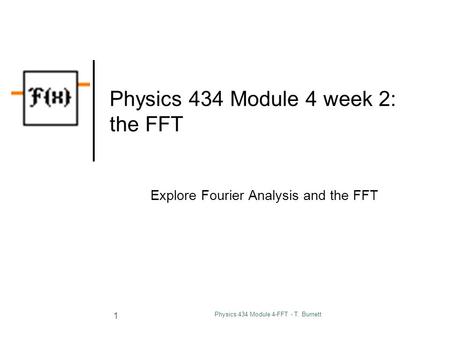 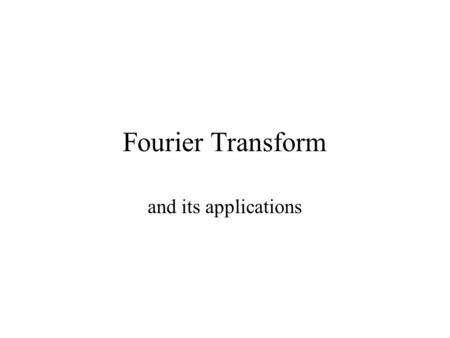 Fourier Transform and its applications. 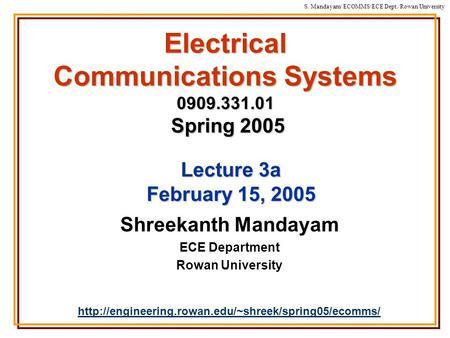 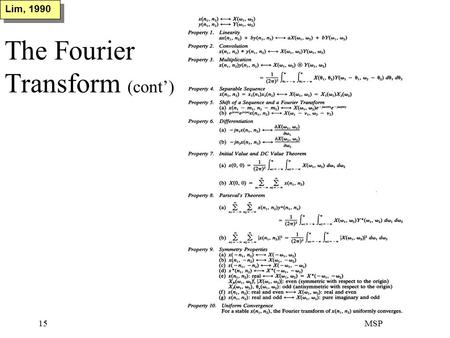 MSP15 The Fourier Transform (cont’) Lim, MSP16 The Fourier Series Expansion Suppose g(t) is a transient function that is zero outside the interval. 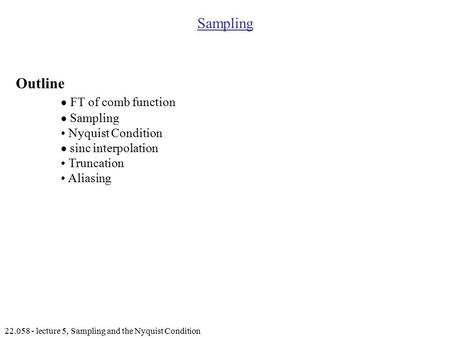 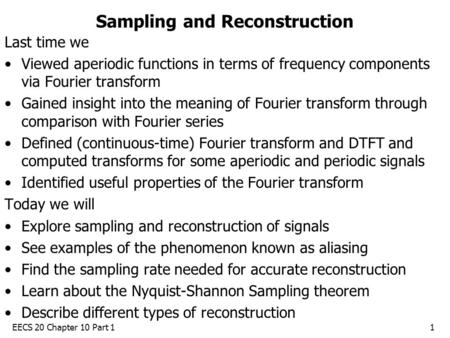 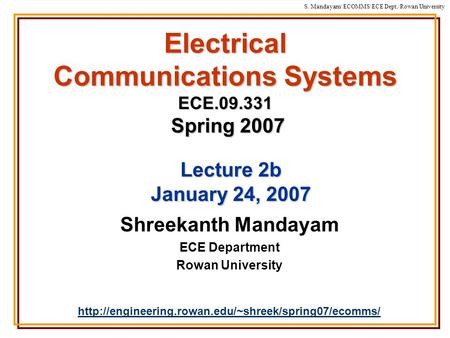 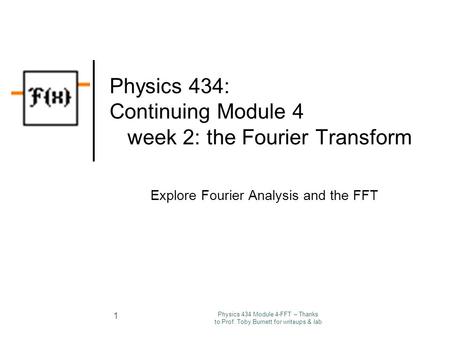 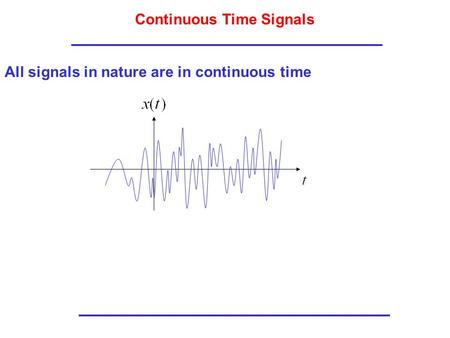 Continuous Time Signals All signals in nature are in continuous time. 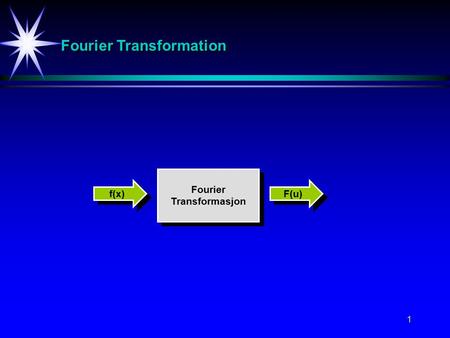 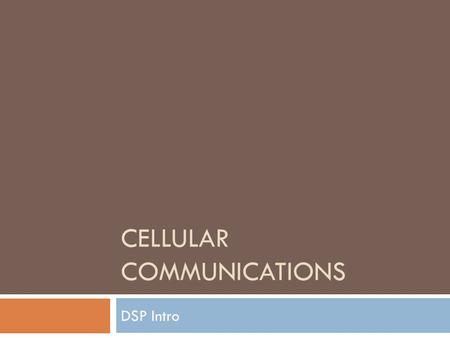 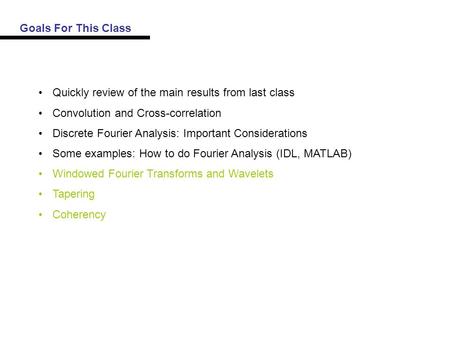 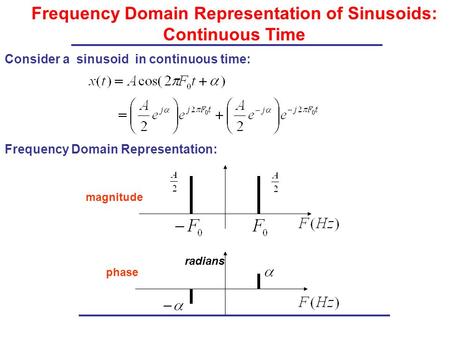