1 Family, kinship, and marriage
(The information in this talk has been taken from Ann Samuelson’s presentation “Kinship,” Conrad Kottak’s presentations “Marriage” and “Kinship”, and Conformity and Conflict 10 ed.)

3 Family A fundamental social group in society
2+ people who share goals and values, have long-term commitments to one another, and reside usually in the same dwelling place. Usually based on kinship relationships Usually implies rights and obligations Economic Child-rearing Etc. Nuclear family - widespread but not universal Image source -

4 Kinship How cultures perceive and formally categorize people’s relationships based on marriage, biology, and adoption Consanguinity = by common ancestor, adoption Affinity = by marriage helps to answer questions: Who am I close to? Who am I distant from? Who can I marry? Who can I be romantically involved/have sex with? Who am I obligated to cooperate with? Who provides support during crises? Who shares in economic and religious undertakings? Etc. As long as a society remains small, kinship groups are very important. Image source:

6 Matrilineal descent: Heritage traced back to mother’s mother, mother and her siblings, and the children of your mother’s sisters. Less common. (e.g. Hopi, Canela) Matrilocal: New husband moves in with the wife and her parents. Pros? Cons?

11 Marriage is pretty much universal, but it’s difficult to define!
Marriage can: establish children’s parentage establish marriage participants’ exclusive right to sex give one spouse the right another spouse’s labor and/or property establish a joint fund of property for children establish social ties between the spouses’ relatives etc.

13 Example: polyandry (1 woman, multiple husbands)
A polyandrous family in Nepal. The seated young woman is Terribal, age 15. She holds her youngest husband, age 5. Left of her is another husband, age 12 and behind her a third husband, age 9. Photo source: Conrad Kottak’s presentations “Marriage”

14 Divorce is found in most if not all societies, but the rules vary from society to society.
Factors that can influence divorce rate: Are spouses financially independent? Was bridewealth paid? Will a woman lose her children if she leaves? Etc.

15 Group discussion “Family trees” - compare
Similarities? Differences? How have ideas of family & marriage changed in the U.S. over the past 50 years? Why do you think these changes have happened? How are these changes reflected/intensified by the media? 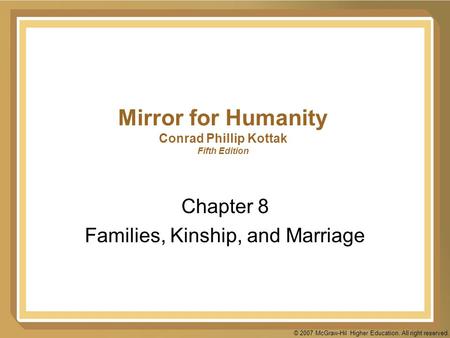 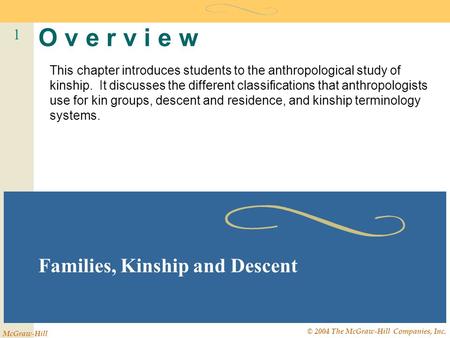 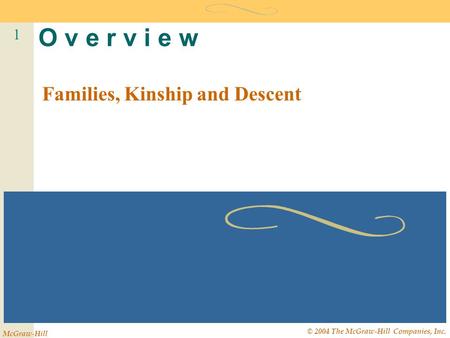 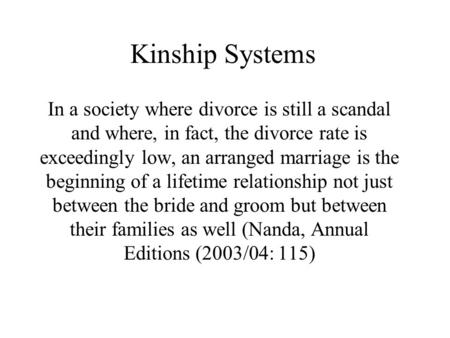 Kinship Systems In a society where divorce is still a scandal and where, in fact, the divorce rate is exceedingly low, an arranged marriage is the beginning. 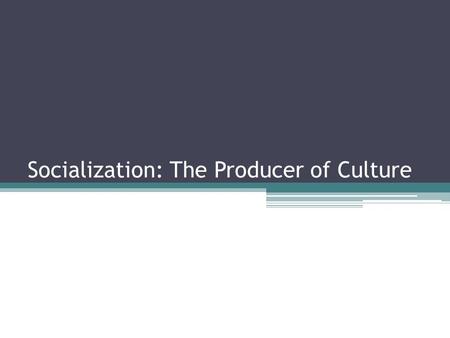 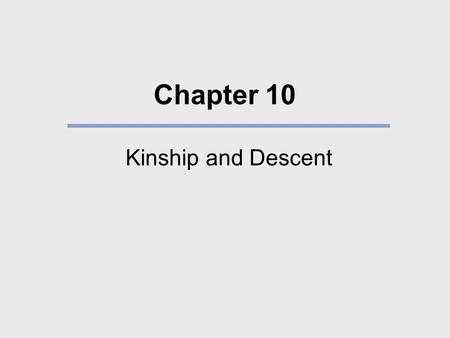