Presentation on theme: "The Energy of Waves Light and Sound. The Nature of Waves Wave: a periodic disturbance in a solid, liquid, or gas as energy is transmitted through a medium."— Presentation transcript:

1 The Energy of Waves Light and Sound

2 The Nature of Waves Wave: a periodic disturbance in a solid, liquid, or gas as energy is transmitted through a medium. Examples: waves on the ocean, light waves from the Sun, microwaves in a microwave oven, etc.

3 Properties of Waves Amplitude: the maximum distance that the particles of a wave’s medium vibrate from their rest position. The Larger the Amplitude = More Energy

4 Properties of Waves Continued Wavelength: the distance from any point on a wave to an identical point on the next wave. Shorter Wavelength = More Energy

5 Wavelengths and Math Frequency: the number of waves produced in a given amount of time. Frequency is expressed in hertz ( Hz) Example 2 waves in 10 seconds has the frequency of 2/10 s = 0.2 Hz Wave Speed: the speed at which a wave travels through a medium. Wave speed is expressed in (v) Wavelength in, or Lambda Frequency is (f) Equation: v = X f

6 Medium: a physical environment in which phenomena occur. Solid Liquid Gas Sound must be in a Medium. So, no sound in space As well as Mechanical Waves Water and strings of instruments

7 This is not accurate!!! Death Star Explosion… Play the clip.

8 Energy Transfer Without Medium Some waves don’t need a medium, such as: Visible Light, Microwaves, and TV and Radio

9 Parts of a Wave

10 Types of Waves Transverse waves: a wave in which the particles of the medium move perpendicularly to the direction the wave is traveling.

11 Types of Waves Continued Longitudinal wave: a wave in which the particles of the medium vibrate parallel to the direction of the wave motion

12 Types of Waves… Sound Waves A longitudinal wave that is caused by vibrations and that travels through a material medium Medium at which sound travels: Water Air Glass Metal, etc.

14 Sound Continued Pitch: a measure of how high or low a sound is perceived to be, depending on the frequency of the sound wave.

16 Loudness and Amplitude Loudness: The measure of how well a sound can be heard The more energy that is transferred, the louder it is. Example: Drum Amplitude: Is the largest distance the particles in the wave can vibrate.

17 Doppler Effect An observed change in the frequency of a wave when the source or observer is moving.

18 Light Waves Light is an Electromagnetic Wave It is a wave that can travel through empty space or matter and consists of changing electric and magnetic fields.

21 Visible Light Spectrum Red, Orange, Yellow, Green, Blue, Indigo, and Violet The Wavelengths go from larger to smaller (left to right) The visible light from the Sun is White Light A combination of all the colors

22 Interactions of Light Waves Reflection: the bouncing back of a ray of light, sound, or heat when the ray hits a surface that is does not go through. Absorption: in optics, the transfer of light energy to particles of matter Scattering: an interaction of light with matter that causes light to change its energy, direction of motion, or both.

23 Refraction: the bending of a wave as the wave passes between two substances in which the speed of the wave differs

25 Diffraction: a change in the direction of a wave finds an obstacle or an edge, such as an opening.

27 Light and Color Transmission: the passing of light or other forms of energy through matter

28 Why are strawberries red? Humans see different wavelengths of light as different colors. Some colors reflect and others are absorbed off the object.

Download ppt "The Energy of Waves Light and Sound. The Nature of Waves Wave: a periodic disturbance in a solid, liquid, or gas as energy is transmitted through a medium." 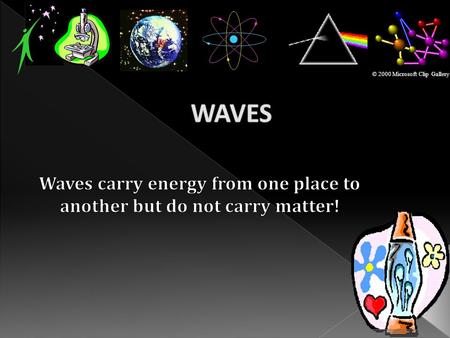 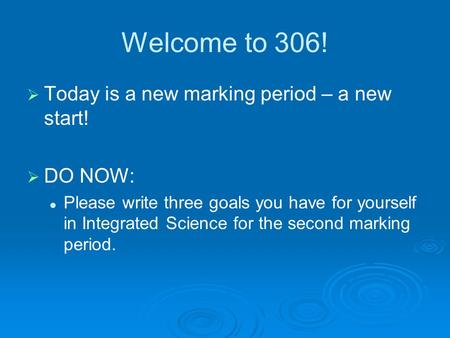 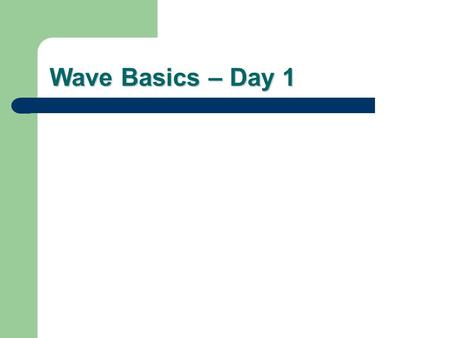 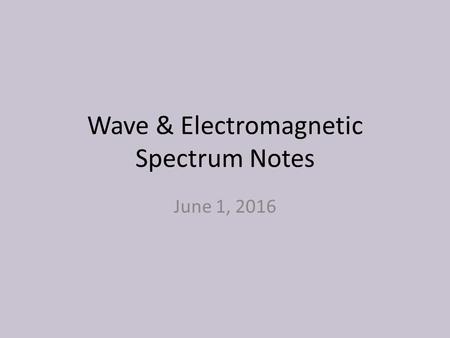