Presentation on theme: "The Populist Movement Or, “Help, help. The farmers are going crazy!”"— Presentation transcript:

1 The Populist Movement Or, “Help, help. The farmers are going crazy!”

9 J.P. Morgan: The Man Who Bailed out the Country

10 “The Cross of Gold” Speech “You shall not press down upon the brow of labor this crown of thorns, you shall not crucify mankind upon a cross of gold.” After Bryan delivered the speech, people shouted and marched around the convention hall for an hour, then chose him as the Democratic nominee.

11 Bryan and McKinley: The “Common Man” and the Wealthy Man

13 The Demise of the Populist Party After throwing all their weight behind Bryan in the unsuccessful campaign of 1896, the Populist Party virtually disappeared from national politics. The ideas that originated with the party, however, were picked up by the Progressive movement, and most eventually became common to American politics.

Download ppt "The Populist Movement Or, “Help, help. The farmers are going crazy!”" 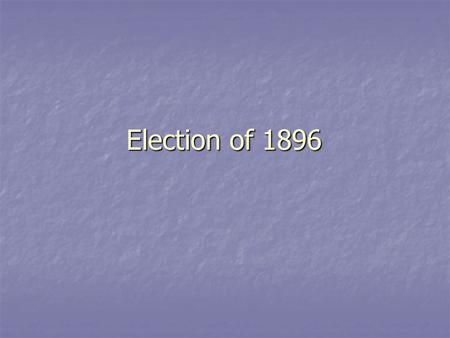 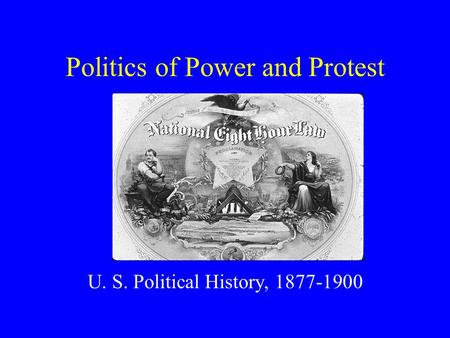