13 Question What do the slopes of mass hyetographs represent?

26 Example After a 2-hour storm, a station downstream from a 45 square mile drainage basin measures 9400 cfs as a peak discharge and 3300 acre-feet as total runoff. a) Find the 2-hour unit hydrograph peak discharge. b) What would be the peak runoff and design flood volume if a 2-hour storm dropped 2.5 inches of net precipitation?

30 Use of Hydrographs Development can cause less infiltration and more runoff. In addition, runoff velocities increase because of smoother surfaces. The net effect is that development can increase peak flow, resulting in inadequately sized drainage structures Most stormwater management regulations require that post-development peak runoff rates be equal to or less than the predevelopment peak runoff rates This can be done by constructing detention basins which temporarily store the water Hydrographs are used to design detention basins (time is an issue) Sometimes, only the peak runoff flow is needed. 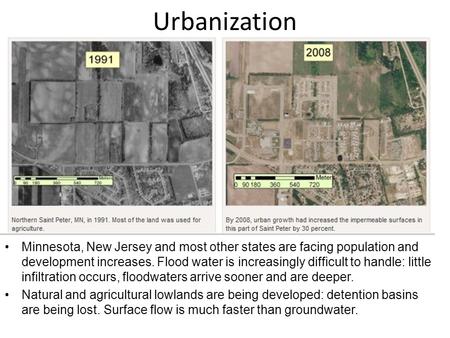 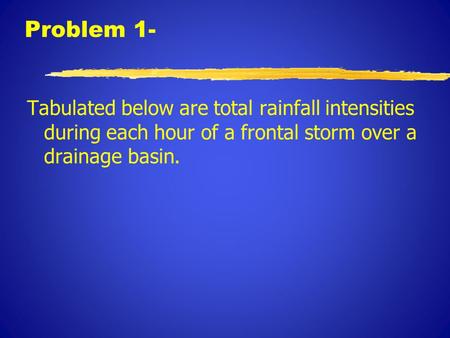 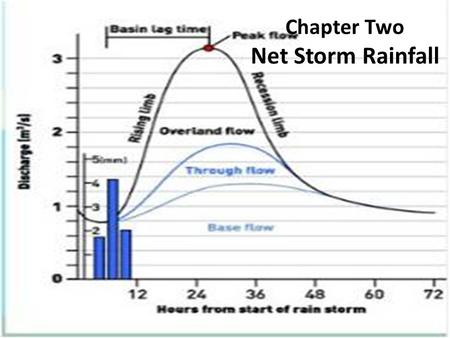 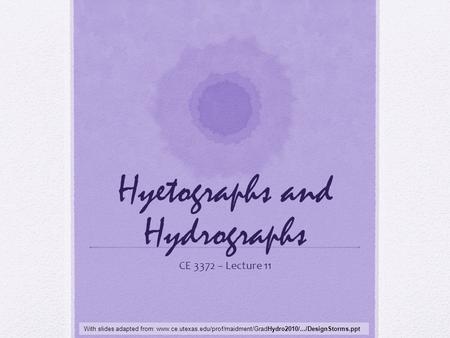