Presentation on theme: "Romeo & Juliet Literary Terminology. Tragedy A form of drama based on human suffering that invokes in the audience catharsis (the process of releasing."— Presentation transcript:

2 Tragedy A form of drama based on human suffering that invokes in the audience catharsis (the process of releasing strong or repressed emotions) or pleasure in the viewing ( schadenfreude ). So, why do we read tragedies? What to we take pleasure in viewing someone else’s pain?

3 Tragic Hero A character who makes a judgment error that ultimately leads to his or her destruction. Who is the Tragic Hero of Romeo & Juliet? Can you think of characters from other books or films that fit this description?

4 Tragic Flaw The personality trait of the main character that leads to his or her downfall.

5 Antagonist A person who actively opposes or is hostile to someone or something; an adversary. Who is the antagonist of Romeo & Juliet ? Why?

6 Protagonist The leading character in a story. An advocate or champion of a particular cause or idea. Who is the protagonist of Romeo & Juliet ? Why?

7 Rhyme Scheme A pattern of rhymes at the end of each line of a poem or song. It is usually referred to by using letters to indicate which lines rhyme; lines designated with the same letter all rhyme with each other. Example: If I profane with my unworthiest hand A This holy shrine, the gentle sin is this: B My lips, two blushing pilgrims, ready stand A To smooth that rough touch with a tender kiss. B

8 Iambic Pentameter Refers to the rhythm of words establish in a line. In a line with ten syllables, every second syllable is stressed. Example: Two house holds both a like in dig ni ty, In fair Ver o na, where we lay our scene, From an cient grudge break to new mu tin y, Where ci vil blood makes ci vil hands un clean.

9 Blank Verse A poem with no rhyme but does have iambic pentameter. So, it consists of lines of five feet, each foot being iambic (two syllables long, one stresses followed by one unstressed. Example: Tybalt: What, art thou drawn among these heartless hinds? Turn thee, Benvolio, and look upon thy death. Benvolio: I do but keep the peace: put up thy sword, Or manage it to part these men with me.

10 Couplet A pair of lines or metre in poetry. They usually comprise two lines that rhyme and have the same metre. Example: Juliet: My only love, sprung from my only hate ! Too early seen unknown, and known too late !

11 Quatrain A type of stanza consisting of four lines. Written in Iambic Pentameter, the rhyme is ABAB or AABB. Example: Juliet: Good pilgrim, you do wrong your hand too much, A Which mannerly devotion shows in this ; B For saints have hands that pilgrim’s hands do touch, A And palm to palm is holy palmer’s kiss. B

12 Sonnet A poem that consists of fourteen lines structured as three quatrains and a couplet. Generally, sonnets are written in Iambic Pentameter. The usual rhyme scheme is end-rhymed: a-b-a-b, c-d-c-d, e-f-e-f-, g-g. Examples: The Prologues of Acts One & Two

13 Monologue A speech delivered by one person. Example: The Nurse’s long reminiscence about Juliet in Act One, Scene 3, lines 17-48.

14 Soliloquy A long, usually serious speech that a character makes to an audience and that reveals the character’s thoughts. Example: At the very beginning of the balcony scene, Romeo recites a soliloquy- Act Two, Scene 2, lines 1-25.

15 Aside A comment spoken by a character in a play that is heard by the audience but is supposedly not heard by the other characters. Example: Romeo has a couple of asides in Act Two, scene 2 (lines 27-32 & 37). Asides are noted in the stages directions.

16 Juxtaposition Two things being seen or placed together with contrasting effect. Example: Romeo: Why then, O brawling love, O loving hate, O any thing, of nothing first create! O heavy lightness, serious vanity ; Misshapen chaos or well-seeming forms, Feather of lead, bright smoke, cold fire, sick health, Still-waking sleep, that is not what it is! This love feel I, that feel no love in this.

Download ppt "Romeo & Juliet Literary Terminology. Tragedy A form of drama based on human suffering that invokes in the audience catharsis (the process of releasing." 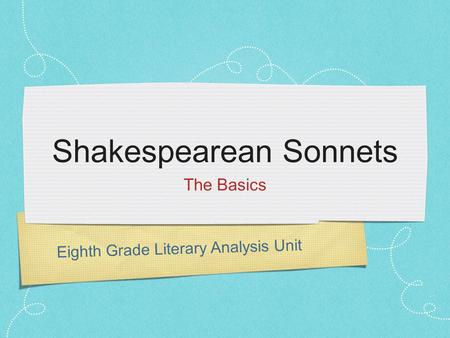 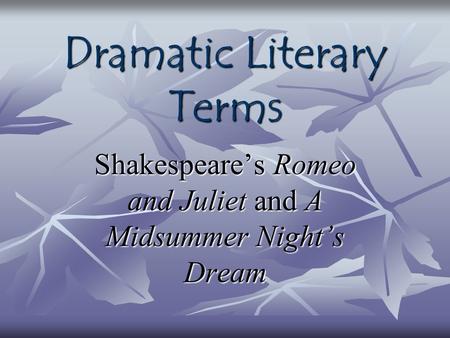 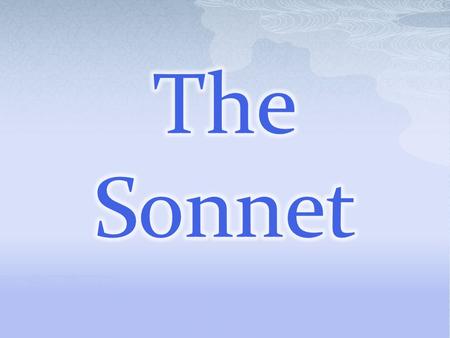 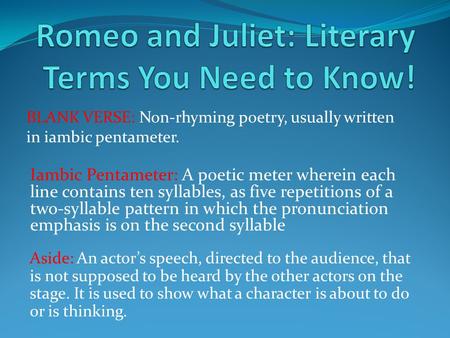 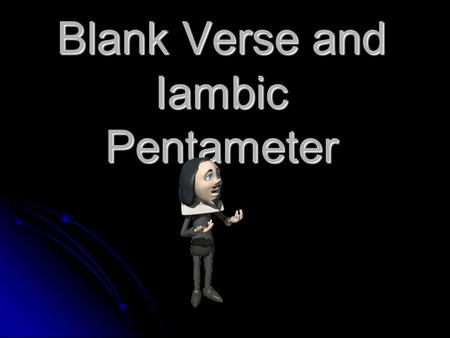 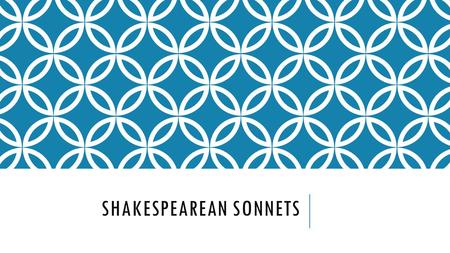 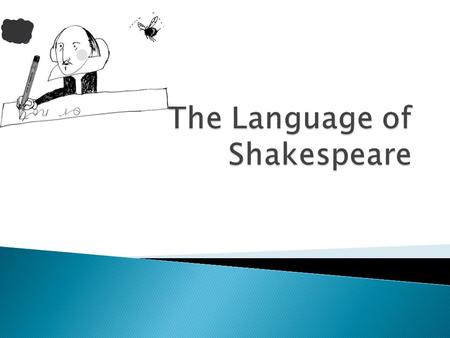  The language used by Shakespeare in his plays is in one of three forms: ◦ prose, rhymed verse or blank verse, proserhymed verseblank verse  each of. 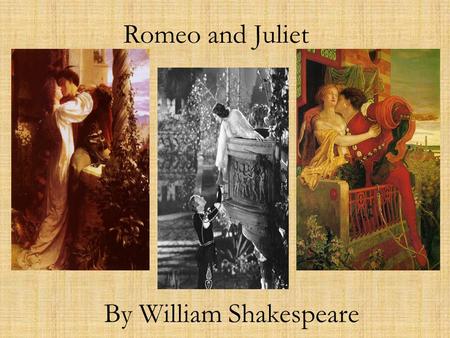 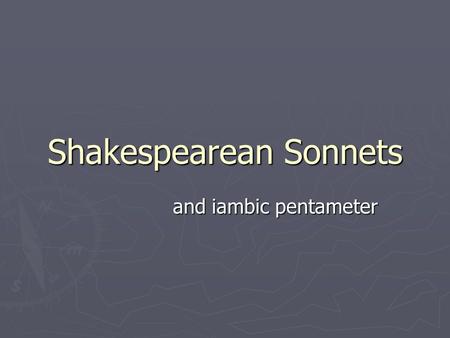 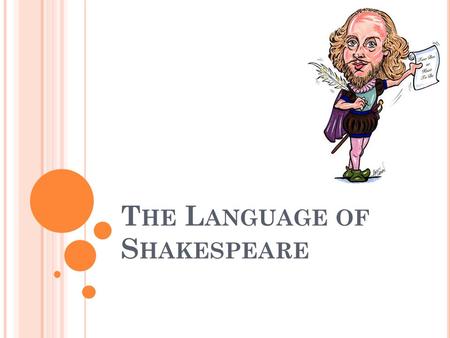 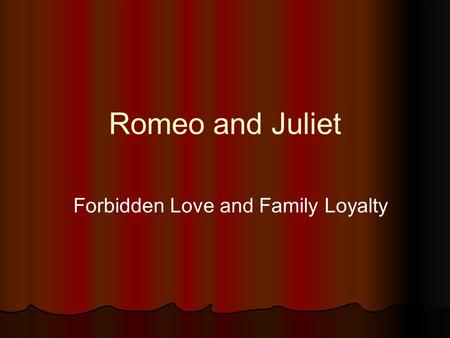