3 Hieronymus Bosch, (Latinised) Jheronimus Bosch; birth name Jeroen van Aken) (c. 1450 – August 9, 1516) was an Early Netherlandish painter of the fifteenth and sixteenth centuries. Many of his works depict sin and human moral failings. Bosch used images of demons, half-human animals and machines to evoke fear and confusion to portray the evil of man. The works contain complex, highly original, imaginative, and dense use of symbolic figures and iconography, some of which was obscure even in his own time.

5 In the 1920's and 30's, the proponents of Surrealism, a European visual arts and literary movement, explored the direct expression of the unconscious unobscured by rational thought. Surrealism was influenced by Sigmund Freud's psychoanalytical theories, but the movement was also very much a reaction against the "reason" that had led Europe into the World War I.

17 This is not a pipe (Ceci n'est pas une pipe), which seems a contradiction, but is actually true: the painting is not a pipe, it is an image of a pipe.

20 Joan Miró i Ferrà (1893-1983) Catalan Spanish surrealist painter His work represents subconscious mind, a re-creation of the childlike, and a manifestation of Catalan pride imaginative fantasy 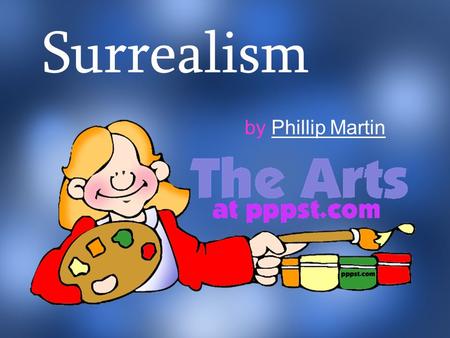 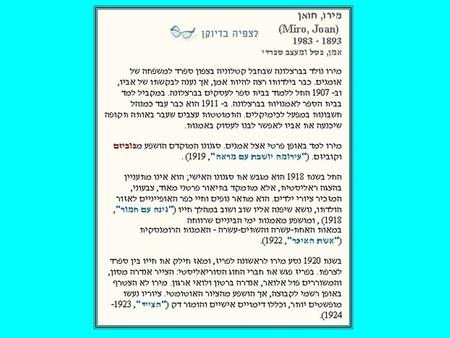 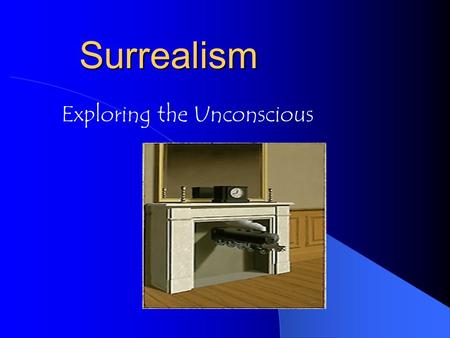 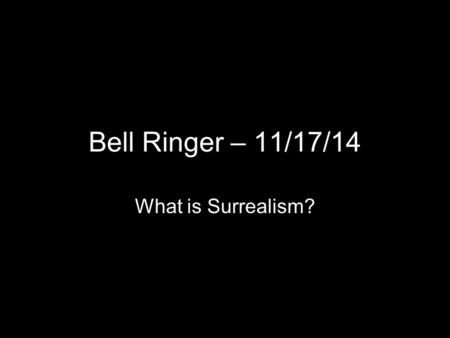 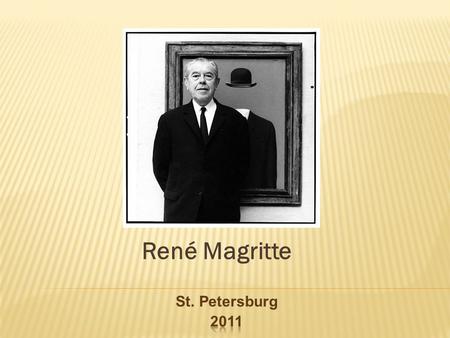 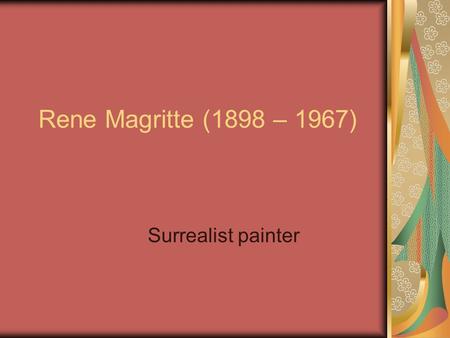