3 History, The man behind the case…..
Early life of Ernesto Miranda Born March 9, 1941 in Mesa, Arizona Dropped out of school in eighth grade Didn’t get along with his father Joined the army but didn’t stay long

4 Why we have the Miranda Warning?
The1963 arrest of Ernesto Miranda after he was arrested and charged with sexual assault, kidnapping, and robbery. Miranda was then into custody and questioned by police, eventually admitting to the crimes. However, prior to the arrest, Miranda was never aware of his 5th Amendment right against self incrimination.

5 The Trial During 1966 trial, questioning found that Ernesto did not know his rights although the jury found Miranda guilty of kidnapping and sexual assault.  Chief Justice Earl Warren found in the case of Miranda v. Arizona that Miranda’s 5th Amendment rights were violated when he was arrested. Because of this, additional evidence and a witness that was placed on Ernesto Miranda confirmed his initial rape conviction and Miranda ended up spending 11 years in prison; however, the case of Miranda v. Arizona made history.

6 Miranda Rights Helping Us Now
They help protect your right against self-incrimination We have the right not to speak unless… Police MUST inform you that…"You have the right to remain silent… Ensures that (while in custody) you do not have to talk to police without an attorney present.

7 Ironic Fact Miranda was stabbed to death at a bar in 1976.
The suspect was arrested but chose to exercise his right to remain silent. Case was dismissed and the suspect was released. No one was ever charged for the murder.

8 Exactly what do your rights mean?
You have the right to remain Silent, Anything you say can & will be used against you. You do not have to answer any questions except for your name, age and address if you are arrested. You do not have to give your phone number or the name of your school. Protects your right of privacy and police can’t pressure the youth into saying something they might regret.

9 Exactly what do your rights mean?
You have a right to an attorney. If you can’t afford one, one will be appointed for you. A public defender will be provided for free. Public defenders are paid by the government. If you ask for an attorney the police must stop questioning you until the attorney is present.

10 Exactly what do your rights mean?
Although the Supreme Court did not specifically detail how a Miranda warning should be worded, most law enforcement agencies have adopted a standardized form of the warning: “You have the right to remain silent. Anything you say can and will be used against you in a court of law. You have the right to an attorney. If you cannot afford an attorney, one will be provided for you. Do you understand the rights I have just read to you? With these rights in mind, do you wish to speak to me?” The warning is not considered legally issued until the person being read the warning clearly affirms that he or she understands the Miranda rights. 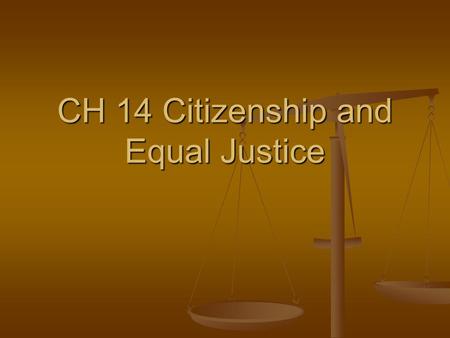 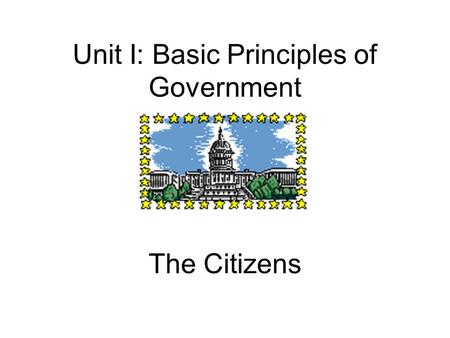 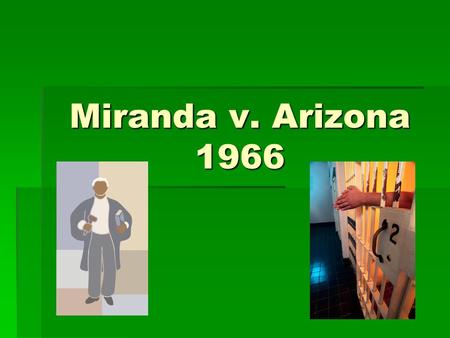 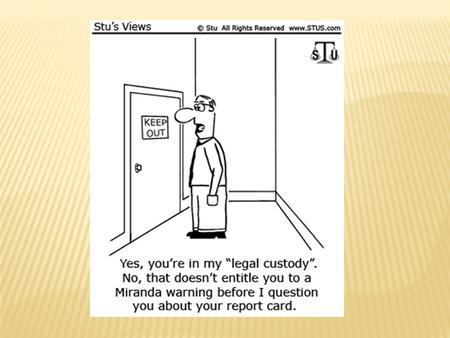