Presentation on theme: "From Crime to Doing Time What Courts Do"— Presentation transcript:

3 Protections for the Accused
3

4 Miranda Rights “You have the right to remain silent. Anything you say can and will be used against you in a court of law. You have a right to an attorney. If you cannot afford an attorney, one will be appointed for you.” Created in 1966 as a result of the US Supreme Court case of Miranda v. Arizona. Intended to protect the suspect’s Fifth Amendment right to refuse to answer self-incriminating questions. 1963 – Ernesto Miranda confessed to rape and kidnapping w/out being informed of his right against self-incrimination and right to have an attorney Supreme Court – for a confession to be considered valid, a suspect must be informed of his rights

6 Arrest What happens? Police present evidence of probable cause to judge Judge issues arrest warrant Suspect is read Miranda rights Suspect is arrested Suspect is booked A person is not necessarily under arrest because he voluntarily accompanies the police to the police station or submits to police interrogation. Typically police are empowered to make warrantless arrests for misdemeanors occurring in their presence, certain misdemeanors occurring outside their presence, and felonies.

7 Pretrial What happens? Suspect makes initial appearance in court
Suspect is released on bail Grand jury hears case Suspect may receive plea bargain Suspect is arraigned The grand jury is investigatory and accusatory body acting under the authority of the court. The prosecutor presents witness testimony and other forms of evidence before the grand jury for their consideration. The imposition of the grand jury into the accusatory process was designed as a check on unbridled government power to prosecute. Unfortunately, there is little to no judicial oversight of the grand jury process. The prosecutor, in reality, controls the entire process. Following the prosecution’s presentation, the grand jury votes on whether there is “probable cause” to believe that the accused has committed the crime or crimes charged. The grand jurors do not determine guilt or innocence.

10 Corrections What happens? Prisoner is sent to prison
Prisoner applies for parole Parole board hears testimony & examines evidence Prisoner may be released

11 The Case of Dwight Dexter
With your group, you will review exhibits from the case of Dwight Dexter to determine if his civil rights were upheld during his trial and appeal Answer bullet-point questions in the packet. Don’t worry about the one of the last page that asks you to refer back to Chapter 16.

13 Reflection Do you think our court system is just? Why or why not?

Download ppt "From Crime to Doing Time What Courts Do" 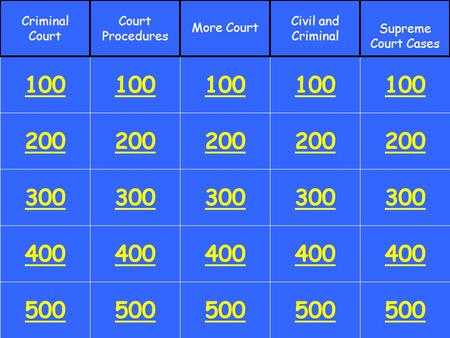 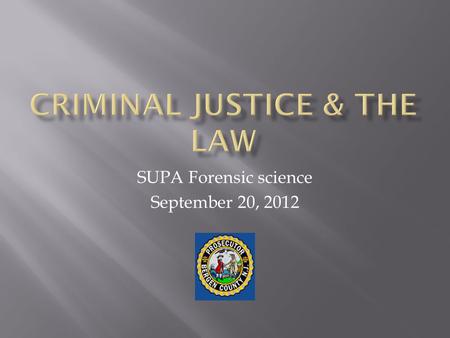 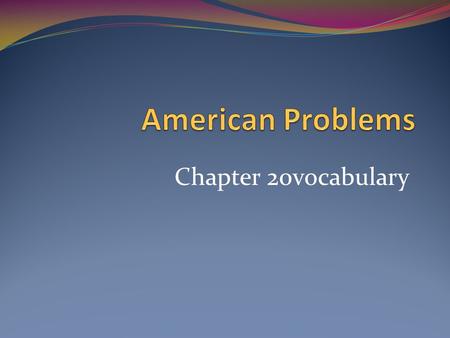