11 Renaissance 1450 – 1600 (approximately)
Great discovery, rebirth, & rethinking Began shift to secular outlook on life Focus on life on earth, rather than the afterlife

21 Beginnings of patronage system
System by which musicians could earn a living Composers, singers, instrumentalists Could not work independently Employed by the church, royalty, or wealthy family (this will last for many, many years to come) 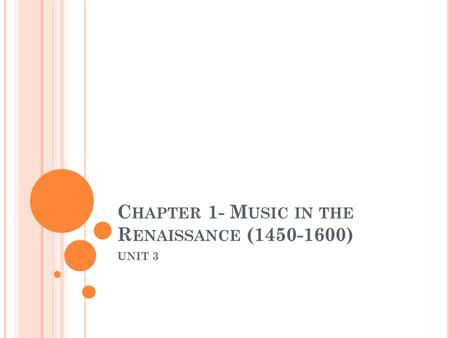 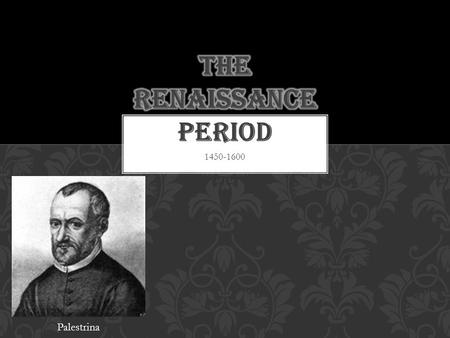 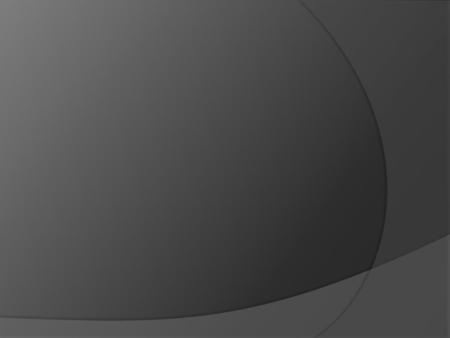