3 3 Before 1910 National American Woman Suffrage Association (NAWSA) Big leaders: Susan B. Anthony, Elizabeth Cady Stanton Two big strategies: Try to win suffrage state by state Try to pass a Constitutional Amendment (but this would need to be ratified by 36 states – or three-fourths)

5 5 Anti-suffragists Those who opposed extending the right to vote to women were called anti-suffragists. Many anti’s were women. Political cartoon mocking anti’s: “O Save Us, Senators, from Ourselves!”

6 6 Beliefs of Anti-Suffragists Women were high-strung, irrational, and emotional Women were not smart or educated enough Women should stay at home Women were too physically frail; they would get tired just walking to the polling station Women would become masculine if they voted

8 8 The Next Generation Elizabeth Cady Stanton died in 1902 Susan B. Anthony died in 1906 But in the early 1900s many young, middle-class women were going to college and joining the suffrage movement Many working-class women also joined the cause, hoping the right to vote would help improve working conditions

9 9 Safe or Sorry? Carrie Chapman Catt led the National American Woman Suffrage Association. She believed in: Careful state-by-state strategy Supporting President Wilson even though he didn’t outright support suffrage because Democrats were a safer bet than Republicans Acting ladylike so as not to embarrass the movement

10 10 National Woman’s Party Alice Paul led the NWP and believed in more aggressive strategies: Focused on passing a Constitutional Amendment Adopted un-ladylike strategies from British suffragettes (e.g. heckling politicians, picketing) Refused to support President Wilson if he wouldn’t support woman suffrage NWP members were arrested for picketing in front of the White House. They were put in jail, went on a hunger strike, and were force-fed.

11 11 19 th Amendment, 1920 Tennessee was the 36 th state to ratify, and it passed by only 1 vote. The right of citizens of the United States to vote shall not be denied or abridged by the United States or by any State on account of sex. Congress shall have power to enforce this article by appropriate legislation. 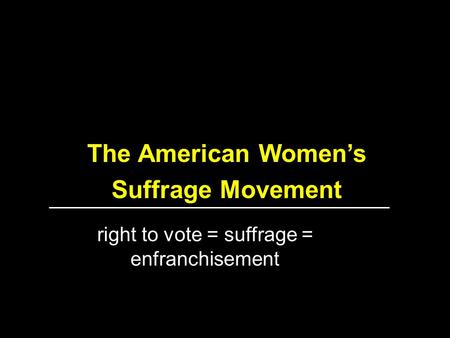 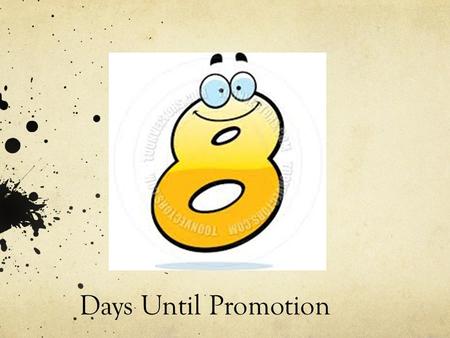 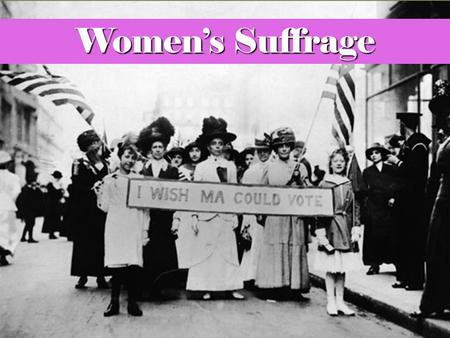 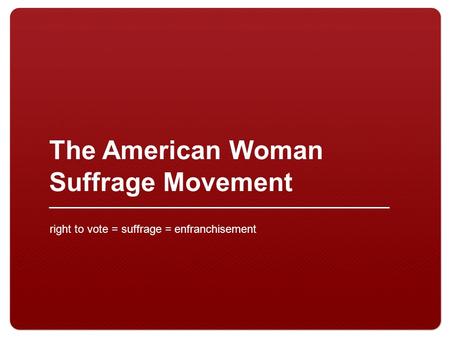 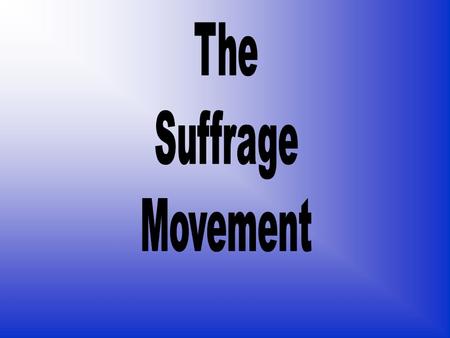 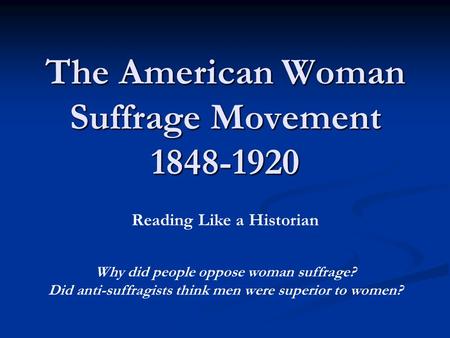 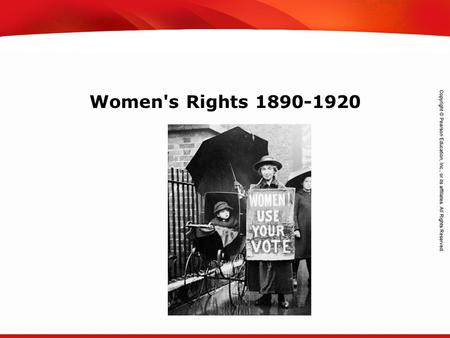 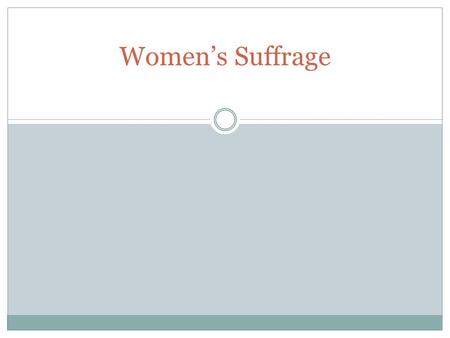 Women’s Suffrage. Role of Women What was the role of women? What kinds of jobs did they have? If they did work, what happened to their earnings? 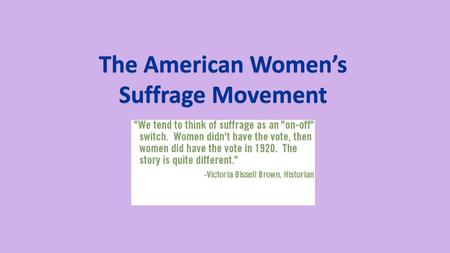