2 Explanations I can distinguish between a description and an explanation.

4 Describe vs. Explain Explore the Newton’s Cradle for 3 to 4 min. Then, on the paper provided complete the task that you have been given. Do this individually. (10 mins.) Don’t put your name on the paper. When finished, fold the paper once

5 Describe vs. Explain Swap your paper with another who has the same color paper. Swap 2-3 times. Everyone that has the same color paper should sit together. Read all of the answers. Then, working as a group, decide which are better and which are not so good with respect to the task and goal. Sort the papers into ‘good’ and ‘not so good’ piles. Chart the criteria you used to distinguish between the ‘good’ and ‘not so good.’

9 Activate Prior Knowledge Please work individually and mark if you agree or disagree.

11 Depth of Knowledge (DOK) Taken from the model developed by Norman Webb, University of Wisconsin, to align standards with assessments Used by the Council of Chief State School Officers (CCSSO) for assessment alignment in more than ten states

12 Depth of Knowledge Focuses on the cognitive processing that is required to complete an assessment task Descriptive, not a taxonomy Not the same as difficulty

13 Why Depth of Knowledge? Mechanism to ensure that the intent of the standard and the level of student demonstration required by that standard matches the assessment items (required under NCLB) Provides cognitive processing ceiling for item development

15 What is the DOK level? For the following slides, chose which DOK level is appropriate. Justify your choice Share with a partner

19 Recall and Reproduction - Level 1 requires recall of information, such as a fact, definition, term, or performing a simple process or procedure. A student either knows the answer or doesn’t. Answering a Level 1 item can involve following a simple, well-known procedure or formula. Simple skills and abilities or rote responses characterize DOK 1.

20 Recall and Reproduction Examples List animals that survive by eating other animals. Locate or recall facts explicitly found in text. Describe physical features of objects. Perform a routine procedure, such as measuring length. Perform a simple science process or a set procedure. Represent in words or diagrams a scientific concept.

21 Skills & Concepts/Basic Reasoning - Level 2 includes the engagement of some mental processing beyond recalling or reproducing a response. Items require students to make some decisions as to how to approach the question or problem. These actions imply more than one mental or cognitive process/step.

22 Skills and Concepts Examples Compare desert and tropical environments Identify and summarize the major events, problem, solution, conflicts in text Explain the cause-effect of events Predict a logical outcome based on information in a reading selection Select a procedure according to specified criteria and perform it. Classify plane and three dimensional figures Collect and display data.

23 Strategic Thinking/Complex Reasoning - Level 3 Requires deep knowledge as exhibited through planning, using evidence, and more demanding cognitive reasoning. The cognitive demands at Level 3 are complex and abstract. An activity that has more than one possible answer and requires students to justify the response they give would most likely be a Level 3.

24 Strategic Thinking Examples Interpret information from a complex graph. Use reasoning, planning, or evidence. Justify a response when more than one answer is possible. Research and explain a scientific concept. Form conclusions from experimental or observational data. Explain thinking beyond a simple explanation or using a word or two.

25 Extended Thinking/Reasoning - Level 4 requires high cognitive demand and is very complex. Students are expected to make several connections—relate ideas within the content or among content areas—and have to select or devise one approach among many alternatives on how the situation can be solved. Due to the complexity of cognitive demand, DOK 4 often requires an extended period of time.

26 However, extended time alone is not the distinguishing factor. TaskDOK Level Collecting data samples over several months DOK 1 Organizing the data in a chartDOK 2 Using this chart to make and justify predictions DOK 3 Developing a generalized model from this data and applying it to a new situation DOK 4

27 Extended Thinking Examples Gather, analyze, organize, and interpret information from multiple (print and non print sources) to draft a reasoned report Conduct an investigation, from identifying the problem to designing and carrying out the experiment, to analyzing the data and forming conclusions. Relate ideas within the content area or among content areas.

29 DOK 1- List two animals that survive by eating other animals. (simple recall) DOK 2- List two reasons that desert environments do not support large carnivores. (requires conceptual understanding of how organisms interact with their environments) DOK 3- List the data you would need to collect and the experimental steps you would take to investigate the impact of precipitation amounts on the bear population of an island. (requires deep understanding of how a scientific investigation is conducted) Same verb—three DOK levels 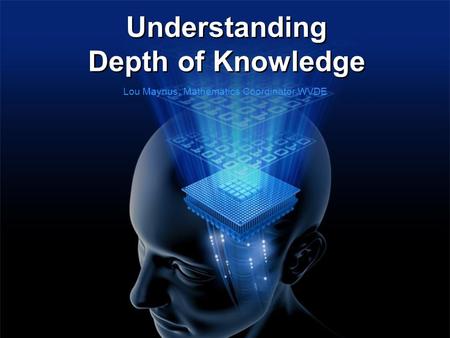 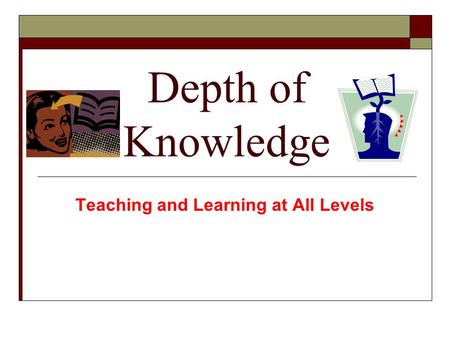 Teaching and Learning at All Levels 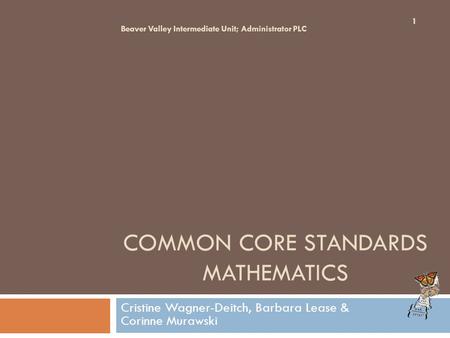 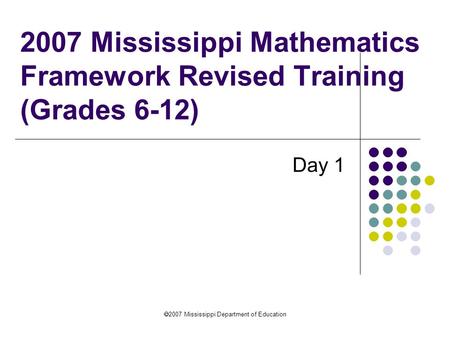 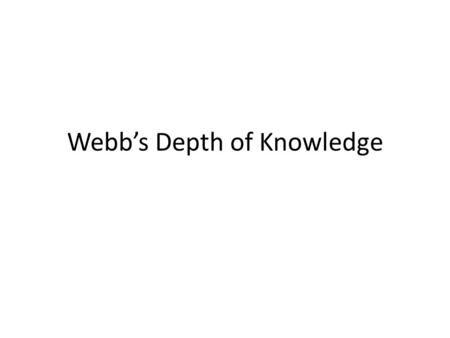 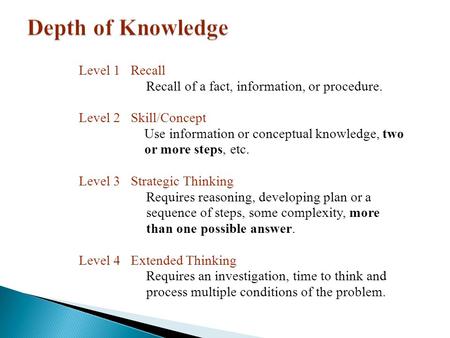 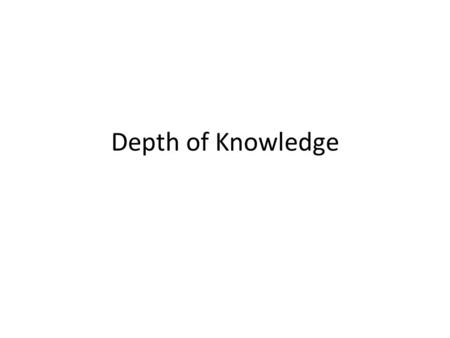 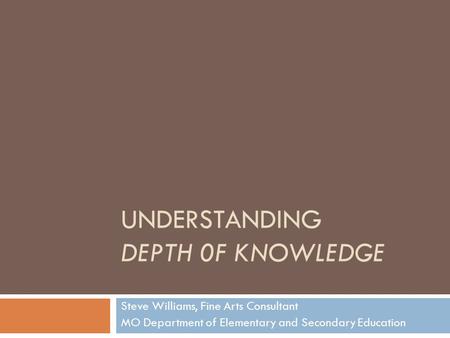 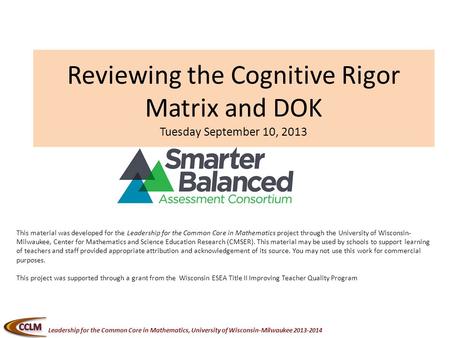 Leadership for the Common Core in Mathematics, University of Wisconsin-Milwaukee Reviewing the Cognitive Rigor Matrix and DOK Tuesday September. 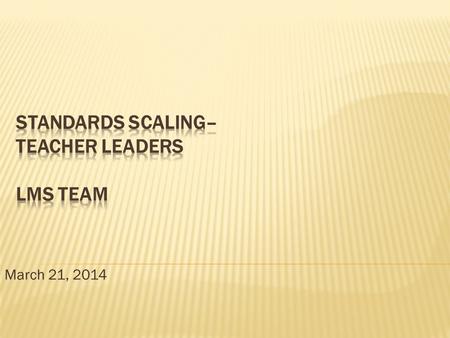 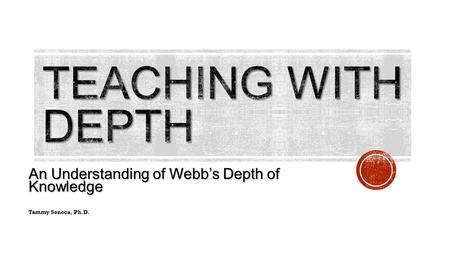 An Understanding of Webb’s Depth of Knowledge Tammy Seneca, Ph.D. 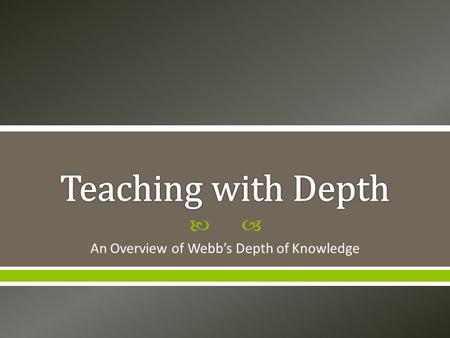 An Overview of Webb’s Depth of Knowledge 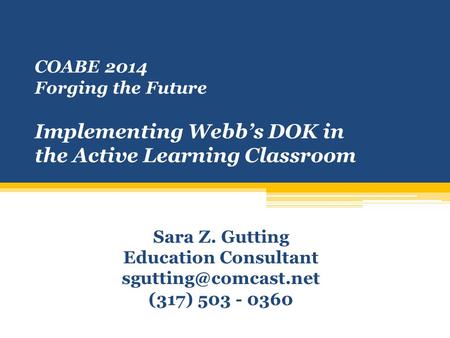 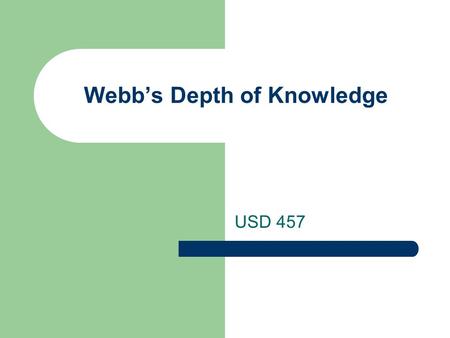 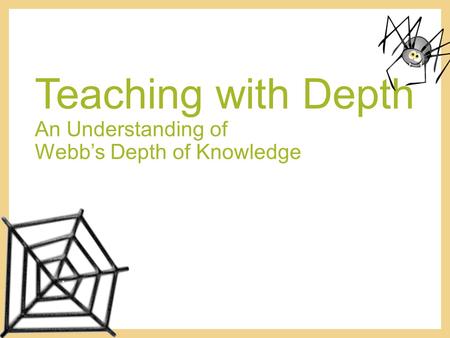 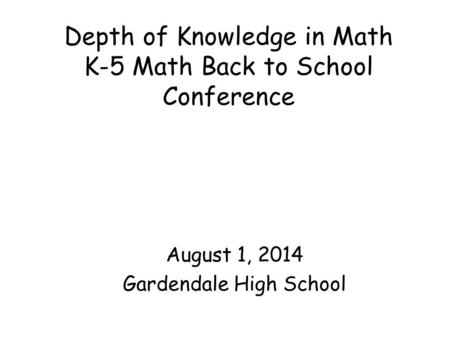 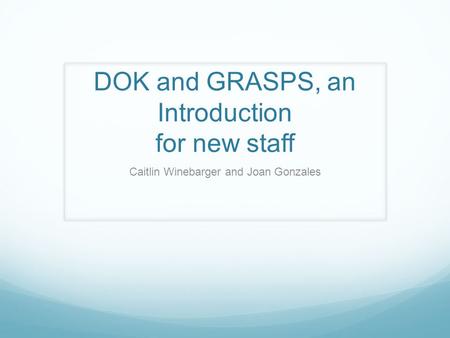 DOK and GRASPS, an Introduction for new staff 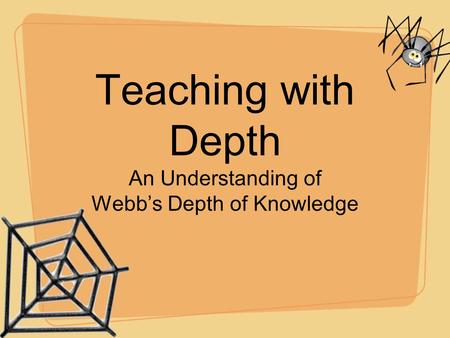 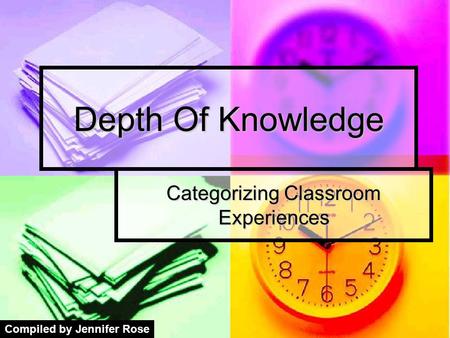 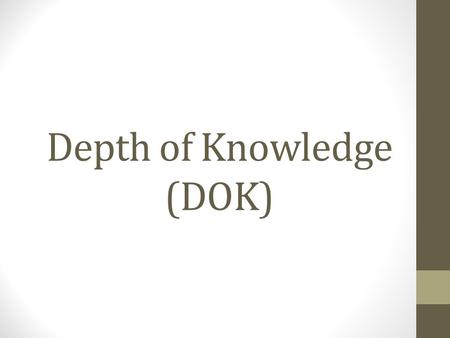