4 99.85% of the mass of our solar system is w/in the sun Each planet moves in an orbit around the sun All in same direction Closest to the sun have fastest motion and shortest revolution period Farthest from the sun have slowest motion and longest revolution period The Planets outward from the sun are: Mercury Venus Earth Mars Jupiter Saturn Uranus Neptune

7 D ENSITY Also differ in density, chemical makeup, rate of rotation Densities of terrestrial planets are greater than the densities of Jovian planets So much so that Saturn would float if placed in a large enough tank of water The chemical makeup is most responsible for the density differences

9 A TMOSPHERES OF THE PLANETS Jovian Thick atmospheres Terrestrial Not as thick A planets ability to retain an atmosphere depends on its mass and temperature ex. Our moon is warm and small, so it can’t hold an atmosphere

10 F ORMATION OF THE S OLAR SYSTEM Our solar system has many regions of dust and gases called nebulas Nebulas are usually around 92% Hydrogen, 7% Helium, and less than 1% other elements For reasons unknown, they can begin to rotate slowly Nebular Theory – The sun and planets formed from a rotating disk of dust and gases As the speed increased, the center flattened out and the matter in the center became more concentrated, forming the sun

11 F ORMATION OF THE S OLAR S YSTEM Planets grew from solid bits of matter colliding and clumping together forming bodies called planetesimals The planetesimals got larger and larger over time until they grew into true planets Closer to the sun, the temp. was so high that only metals and minerals could form solids – terrestrial planets In the outer solar system, it was cold enough for ices to form – Jovian planets 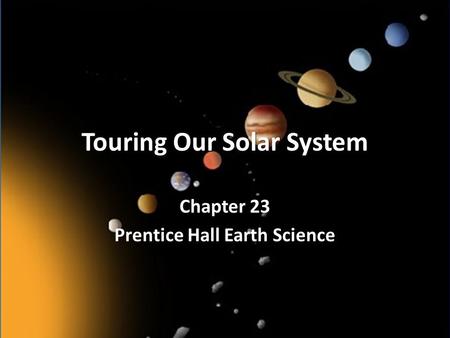 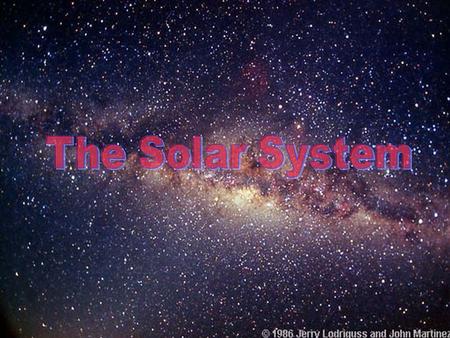 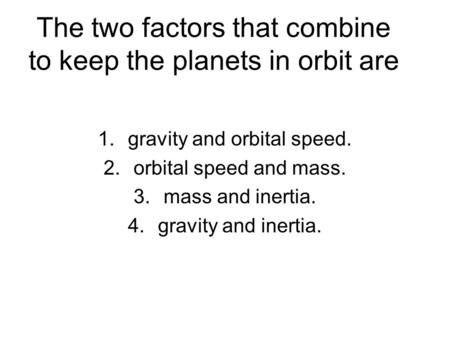 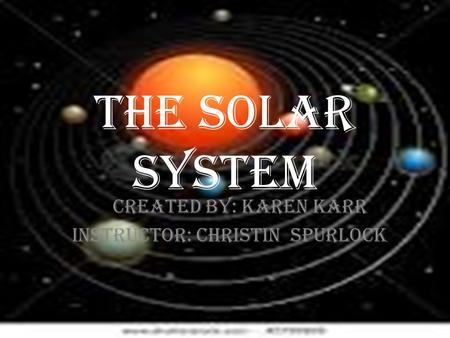 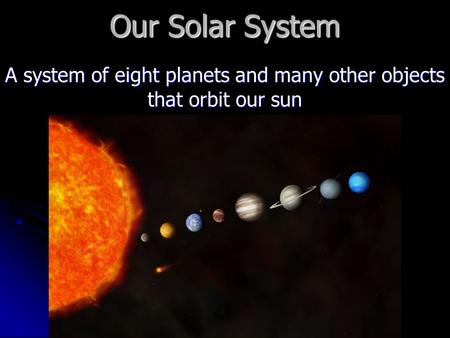 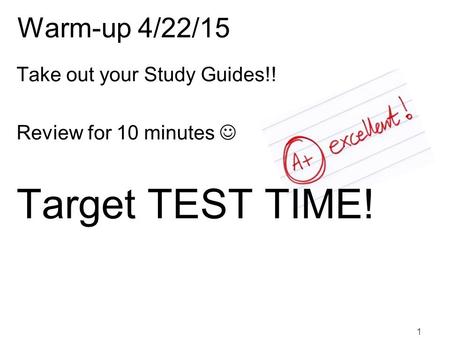 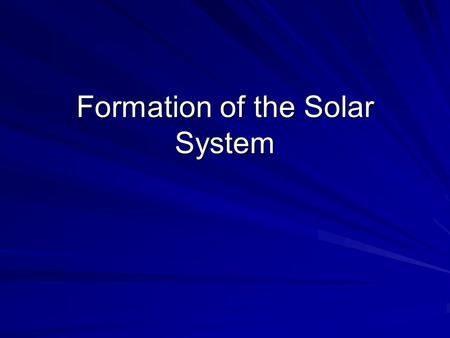 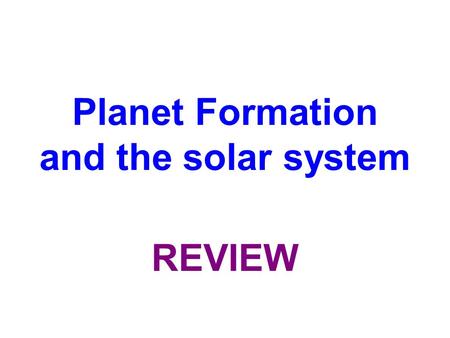