2 Feminist Theory Arises from a social and political commitment to gender equality (social, political, economic, and institutional equality) Central Commitments: All people should feel safe, regardless of gender All people should have control over their own bodies It’s important for people’s voices to be heard, including the voices of women and people who do not conform to traditional gender roles

3 Feminist Theory The patriarchy: A society in which men occupy most of the roles of power OR a society shaped by male domination.

4 The patriarchy is bad for everyone
Codified gender roles and expectations E.g. The use of the word “sissy” for men who do not conform to social expectations of “masculinity” E.g. Mistreatment or misdiagnosis of psychological issues or mood disorders E.g. Misdiagnosis or treatment of PTSD See Judith Herman’s Trauma and Recovery or Pat Barker’s Regeneration

6 From Alison Bechdel, Dykes to Watch Out For

8 Feminist Literary Theory
Critique of Misogyny: Literally “hatred of women” Often surfaces as a desire to objectify or posses a woman’s body.

9 The Evolution of Language
Discussions often rely on Gayle Rubin’s sex/gender” system (1975) Sex: Biological and physiological characteristics Gender: Refers to the socially constructed roles, behaviors, activities, and attributes that a given society considers appropriate for men and women. Female and male usually refer to sex while feminine and masculine refer to gender roles

10 A move away from binary constructions
Gender has many different forms; there are many ways to “enact” gender (different ways to be “masculine” and “feminine”) More recently, feminists have argued that both sex and gender are socially constructed We cannot understand ideas about sexual anatomy apart from cultural ideas about gender “ Sex is always already gender, that is to say, always already constructed” (Parker 158).

11 Poststructuralist Feminism, Gender Studies, and Queer Theory
“Just as deconstructionists see everything as multiple and feminists see many ways to be a woman and many ways to enact gender, so queer studies suggests that there are many ways to enact gender and sexual desire” (Parker 179). Queer studies comes out of Gay and Lesbian Studies, but moves beyond a binary view of sexuality. Parker, Robert Dale. How to Interpret Literature: Critical Theory for Literary and Cultural Studies. 2nd Ed. New York: Oxford University Press, 2011.

12 Beyond the Binary Trans*, Cisgender, and Genderqueer
Trans*: A person who is trans* does not identify with the gender assigned at birth. Cisgender: A person who is cisgender identifies with the gender that they are assigned at birth. All people have a gender identity. There is not a “normal” gender identity. Genderqueer: “The term "genderqueer" began to be commonly used at the turn of the twenty-first century by youth who feel that their gender identities and/or gender expressions do not correspond to the gender assigned to them at birth, but who do not want to transition to the "opposite" gender. Characterizing themselves as neither female nor male, as both, or as somewhere in between, genderqueers challenge binary constructions of gender . . .” (glbtq.com).

13 Shakespeare and Gender
“Although Shakespeare reflects and at times supports the English Renaissance stereotypes of women and men and their various roles and responsibilities in society, he is also a writer who questions, challenges, and modifies those representations. His stories afford opportunities not only to understand Renaissance culture better but also to confront our own contemporary generalizations about gender, especially what it means to be female. In his own time, Shakespeare seems to have been raising questions about the standard images of males and females, about what the characteristics of each gender are, about what is defined as masculine and feminine, about how each gender possesses both masculine and feminine qualities and behaviors, about the nature and power of a hegemonic patriarchy, and about the roles women and men should play in acting out the stories of their lives. Since feminist criticism today focuses on many of these same issues, we can bring such critical inquiry into the classroom by asking straightforward questions of and about Shakespeare's stories.” Gerlach Jeanne, Rudolph Almasy, and Rebecca Daniel. “Revisiting Shakespeare and Gender.” The Women in Literature and Life Assembly of The National Council of Teachers of English. Vol. 5. Fall 1996. 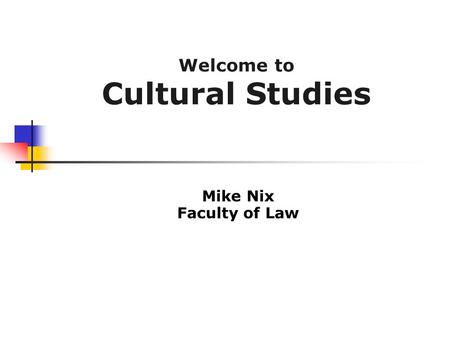