2 Using A or 0 : Generic Nouns A speaker uses generic nouns to make generalizations. A generic noun represents a whole class of things; it is not a specific, real, concrete thing, but rather a symbol of a whole group. Singular Count Noun A banana is yellow

3 Singular Count Noun A banana is yellow Plural Count Noun 0 Bananas are yellow. The speaker is talking about any banana, all bananas, bananas in general. no article (0) is used to make generalizations with plural count nouns.

4 Noncount Noun 0 Fruit is good for you. No article (0) is used to make generalizations with noncount nouns.

5 Usually a/an is used with a singular generic count noun. Examples: A window is made o f glass. A doctor heals sick people. Parents must give a child love. A box has six sides. An apple can be red, green, or yellow.

7 (2) inventions: Who invented the telephone? the wheel? the refrigerator? the airplane? The computer will play an increasingly large role in all o f our lives. (3) instruments: I ’d like to learn to play the piano. Do you play the guitar?

8 Using A or Some: Indefinite Nouns Indefinite nouns are actual things (not symbols), but they are not specifically identified. Singular Count Noun I ate a banana. The speaker is not referring to “this banana" or “that banana” or “the banana you gave me.” The speaker is simply saying that she/he ate one banana. The listener does not know or need to know which specific banana was eaten; it was simply one banana out of all bananas.

20 Answers 1. Oh, look at the moon! It’s beautiful tonight. 2. I saw a cat and a bird outside my window. T he cat was trying to catch the bird, but it didn’t succeed. T he bird flew away. 3. Birds have wings. Many insects have wings too. 4. We all look for happiness. 5. I have a book. 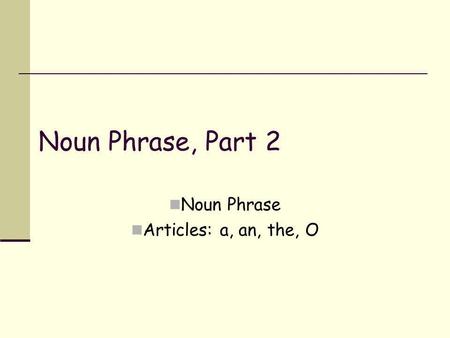 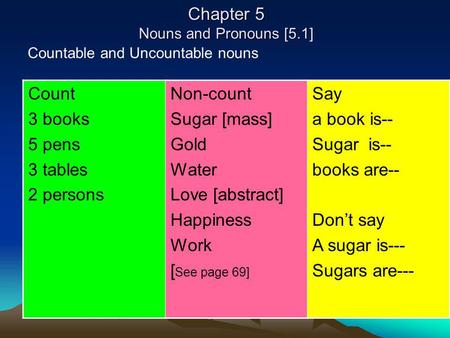 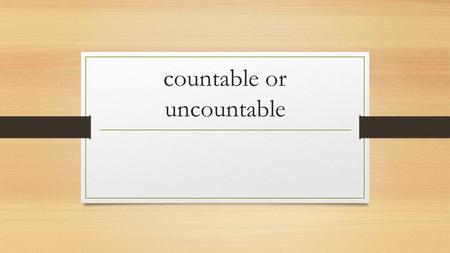 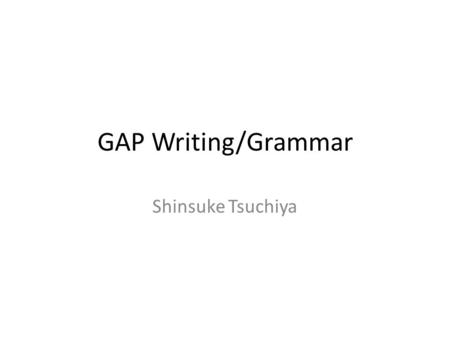 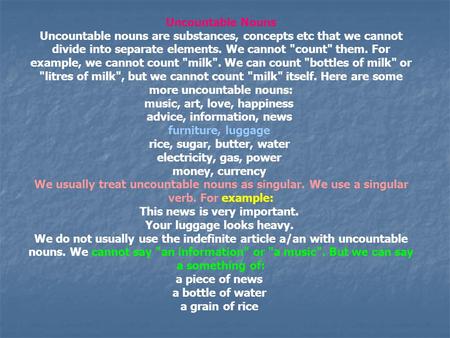 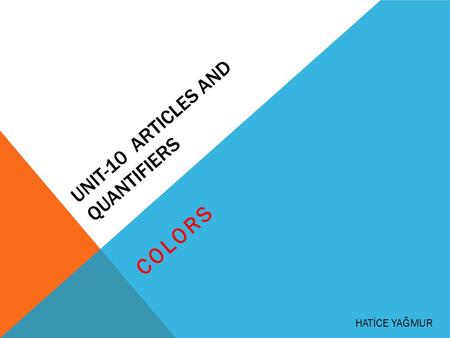 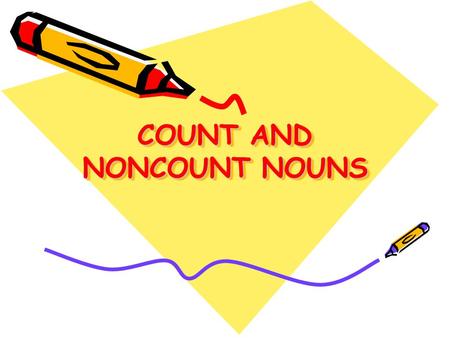 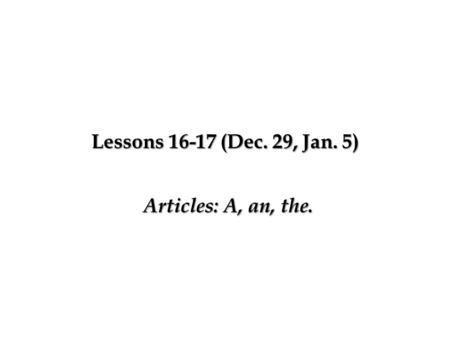 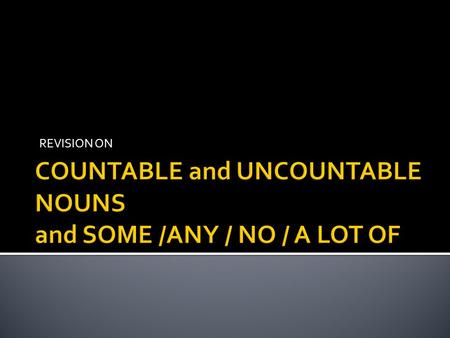 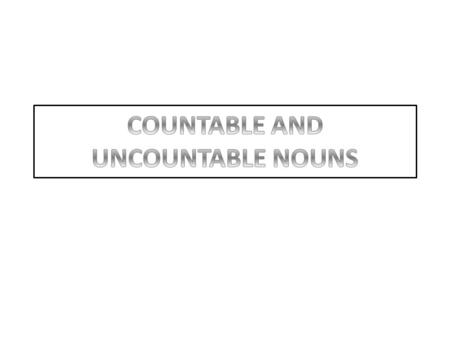 Countable nouns are things that can be counted. A countable noun can be singular or plural: one apple, two apples etc. (E.g.)An apple a day keeps the. 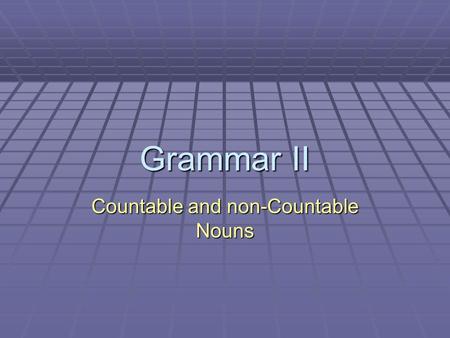 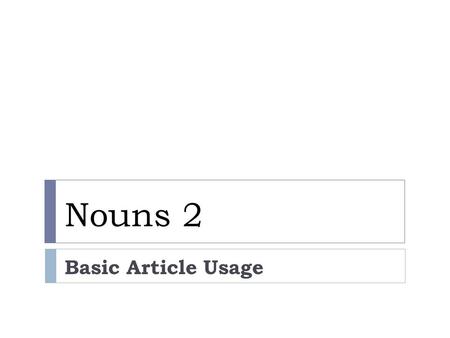 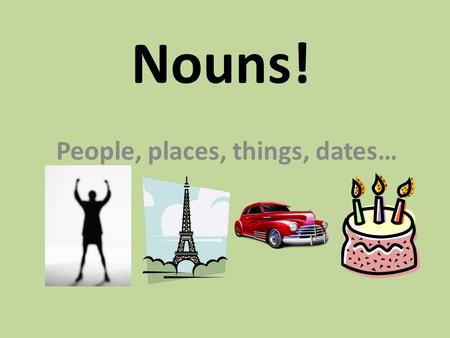 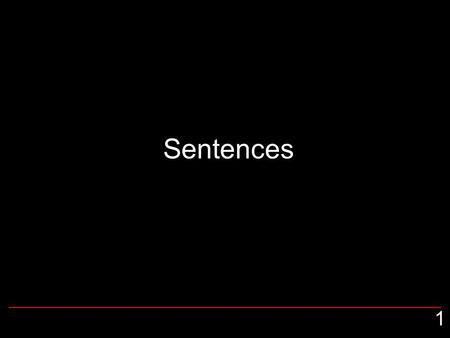