Presentation on theme: "Do Now  Brainstorm what type of government you would want to put in place in 1776  Imagine you’re from that time  Strong or weak government?  Democracy?"— Presentation transcript:

2 Do Now  Brainstorm what type of government you would want to put in place in 1776  Imagine you’re from that time  Strong or weak government?  Democracy? Monarchy? Oligarchy?  Who gets to vote? What powers should the states have?

6 How should the US add more states?  Once again, think about how new states should be added to the United States.  Should they be added?  What are the requirements?  Slave or free?  Make existing states bigger?

9 Northwest Ordinance  How could a territory become a state?  5,000 males  Own 50 acres  Can start a government  Population of 60,000 could become a state  Promised  No slavery  Education  Freedom of religion  Trial by jury

10 What was the Northwest?

16 Legacy of Shays’  Maybe the United States needs a stronger central government?  If you were a politician at the time, what would your reaction to Shays’ Rebellion be?  Think, write,  Discuss as a class

17 Reactions to Shay’s  Sam Adams  “ Rebellion against a king may be pardoned, or lightly punished, but the man who dares to rebel against the laws of a republic ought to suffer death ”  Riot Laws – prohibits more than 12 people from gathering  Gives government power to shoot rioters  Same guy from Boston Massacre?

18  Thomas Jefferson  "A little rebellion now and then is a good thing. It is a medicine necessary for the sound health of government. God forbid that we should ever be twenty years without such a rebellion."

19  George Washington  “if three years ago any person had told me that at this day, I should see such a formidable rebellion against the laws & constitutions of our own making as now appears I should have thought him a bedlamite - a fit subject for a mad house.” He wrote that if the government “shrinks, or is unable to enforce its laws... anarchy & confusion must prevail.”

20 Issues that had to be addressed after Revolutionary War  Shay’s Rebellion  Trade with foreign countries  Foreign relations  Countries that had been established and had allies for hundreds of years, America was brand new  Relationship between states  Competition  No central government to enforce anything

Download ppt "Do Now  Brainstorm what type of government you would want to put in place in 1776  Imagine you’re from that time  Strong or weak government?  Democracy?" 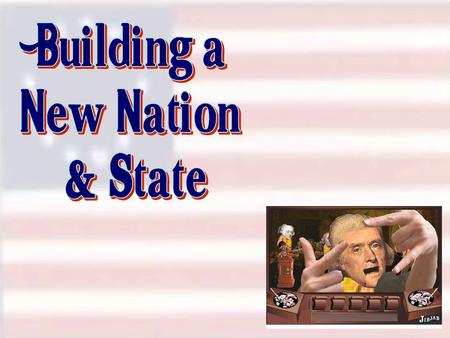 Early Government 3,000 miles separated Great Britain and the American Colonies Mayflower, 1620 – male passengers had to sign a compact (contract) to a. 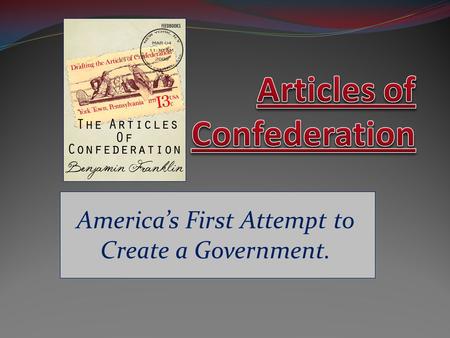 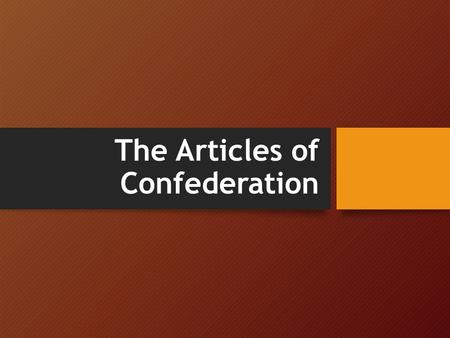 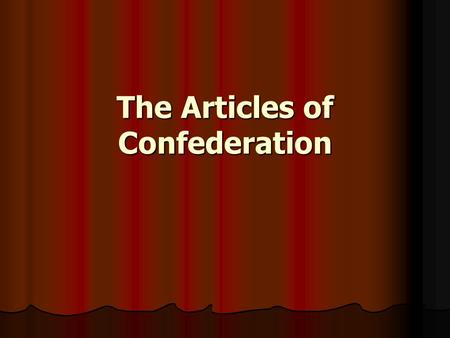 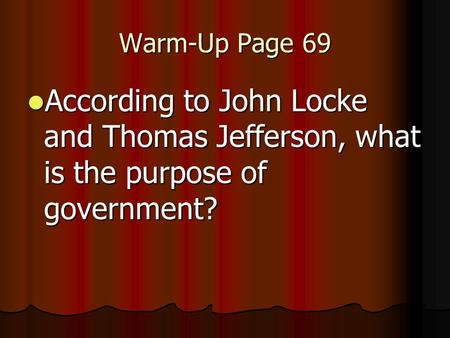 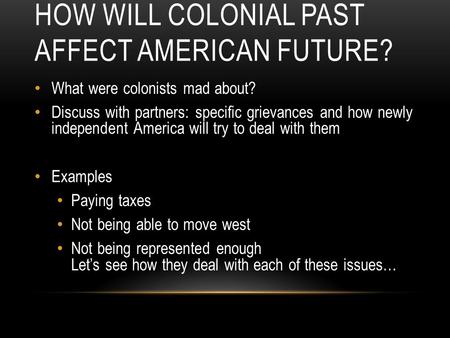