How to write a Compare/Contrast Essay

1 How to write a Compare/Contrast Essay

2 purpose A comparison essay notes either similarities, or similarities and differences A contrast essay notes only differences These essays do one of the following: Explains something unknown or not well understood Lead to a fresh insight or new way of viewing something Bring one or both of the subjects into sharper focus Show that one subject is better than the other

5 Step 2: Create a thesis statement
This sentence is the most important sentence in your essay—it drives your essay. It needs to show some sort of comparison. Example: Although the Shakespeare’s tragic play, Romeo and Juliet, and the film Romeo + Juliet are based off the same story and use the same dialogue, there are many differences including the setting of the play, the props used, and the characterization of main characters.

9 Conclusion The conclusion of your paper should include final connections about the two subjects and then a restatement of your thesis Example: Three of the major differences between Shakespeare’s tragic play, Romeo and Juliet, and the film Romeo + Juliet are that they occur in different places and time periods, the weapons used are more modernized, and the characters are more lively. There is a reason why freshmen study both of these pieces and it is because both works are considered classics of the time in which they were created.

11 Step 2: create a thesis statement
What are two or three main differences between the play we read in class and the film we watched in class? 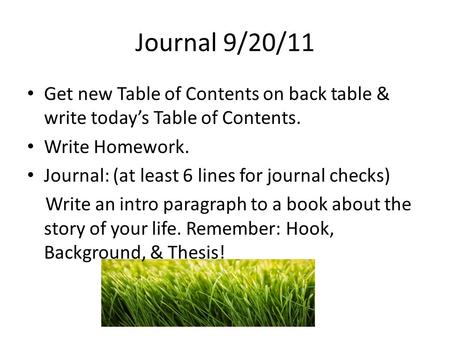 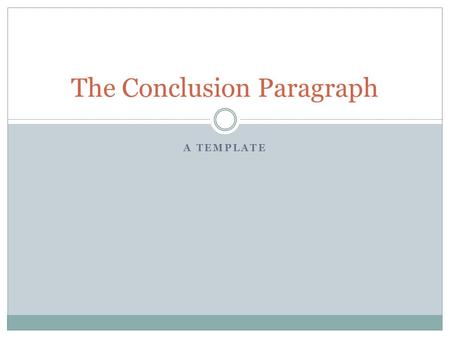 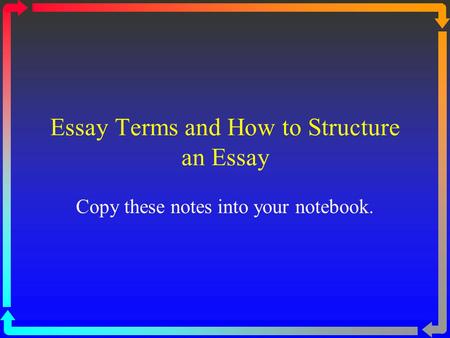 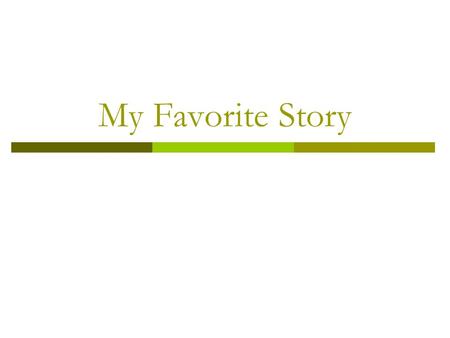 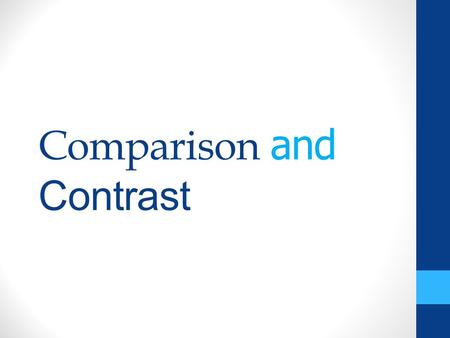 Comparison and Contrast. Engages in two alternatives Make a decision by comparing alternatives in a series of relevant points and deciding the best advantage. 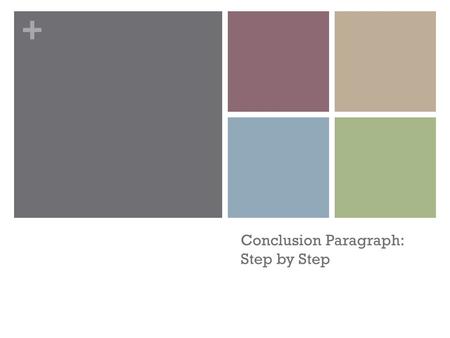 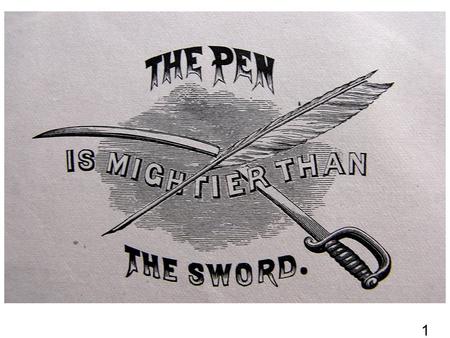 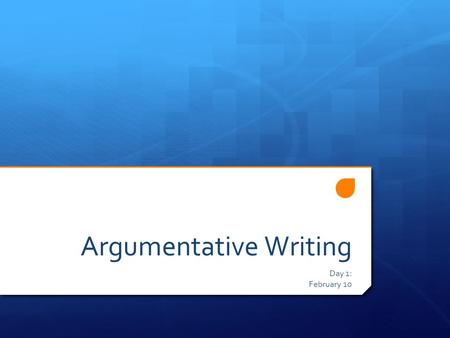 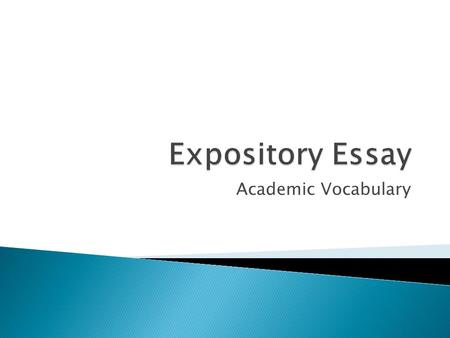 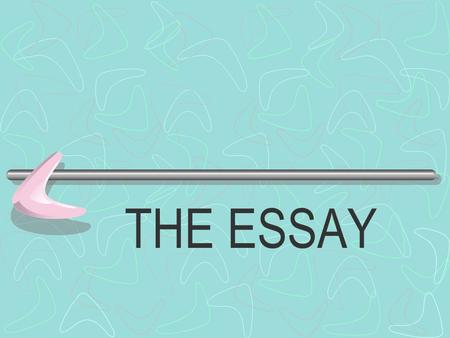 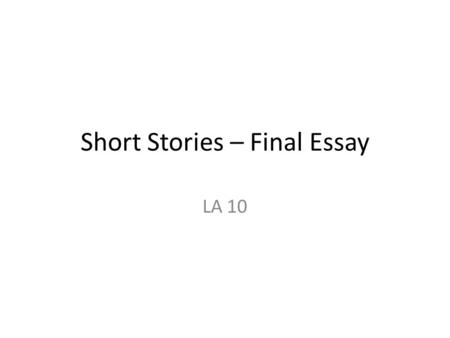 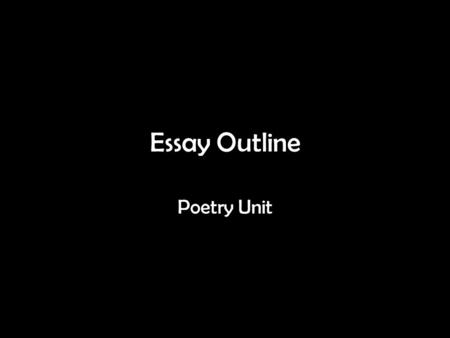 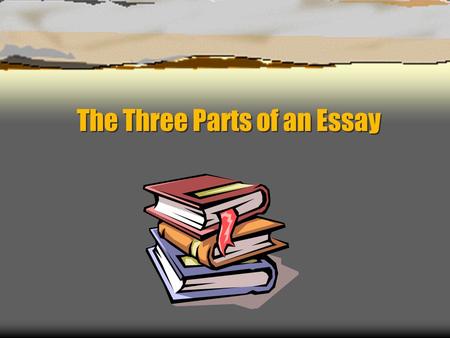 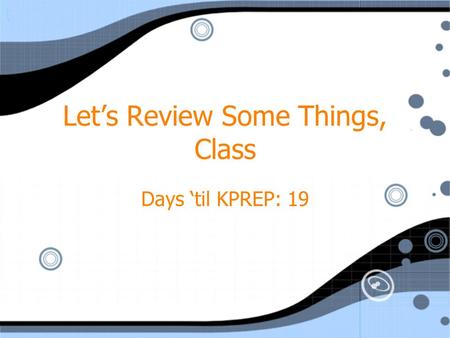 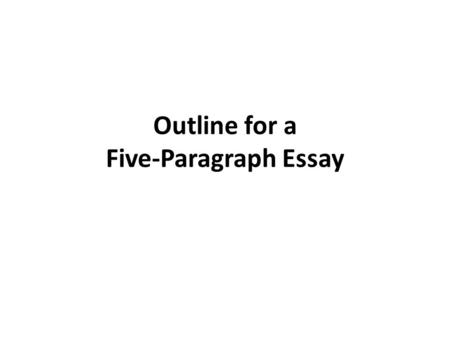 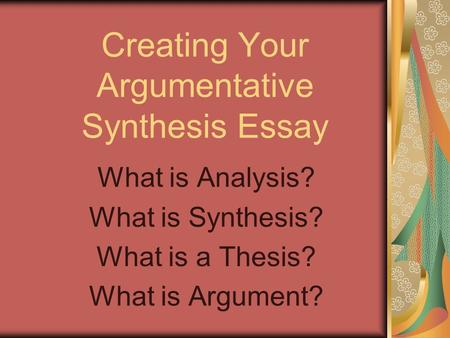 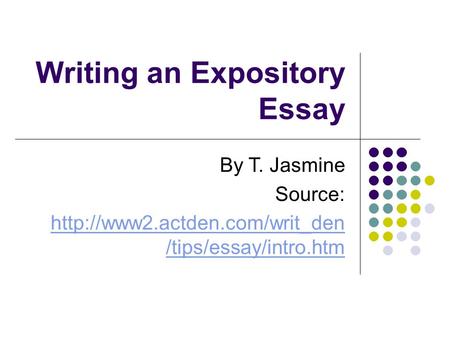