3 The way we do it in ENGLISH
Like subject pronouns (I, you, he/she, we, etc.), possessive adjectives are identified according to the person they represent.

7 The French Way Like English, a French possessive adjective changes according to the possessor, but unlike English it also AGREES, like all French adjectives, in GENDER and NUMBER with the noun possessed.

8 For example, in the phrase mon frère (my brother) the 1st person singular possessor (my) is indicated by the first letter of the possessive adjective, m-, and the gender and number of the noun possessed, frère (brother), which is masculine singular, is reflected in the masculine singular ending -on. Let us see what happens when we change my brother to my sister.

9 I love my sister. J’aime ma soeur. fem. sing. ending
1st pers. sing. possessor The first letter m- remains the same because the possessor is still the 1st person, but the ending changes to –a to agree with soeur which is feminine.

11 Singular Possessor my, your (tu-form), his her, its
In French, each of these possessive adjectives has three forms depending on the gender and number of the noun possessed: the masculine singular, the feminine singular, and the plural (the same for both genders).

12 1. Indicate the possessor with the first letter of the possessive adjective.
My m- Your t- His Her s- Its

16 Plural Possessor our, your (vous-form), their
In French, each of these possessive adjectives has only two forms depending on the number of the noun possessed; that is, whether the noun possessed is singular or plural.

19 **Careful: Notes on YOU**
Although VOTRE and VOS are classified as “the second person plural” they can also refer to just one person when used as a formal form of address (such as when speaking to your teacher). Remember to use the same form of YOU, either familiar or formal, for the verb and the possessive adjective: “You are reading your book” would be either “Tu lis ton livre” or “Vous lisez votre livre.” 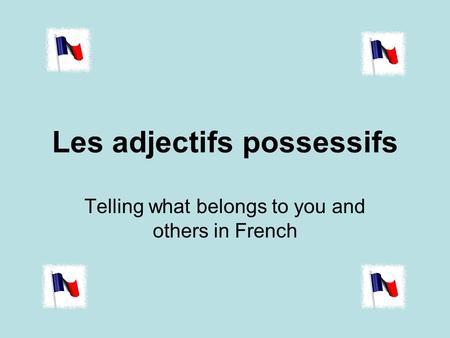 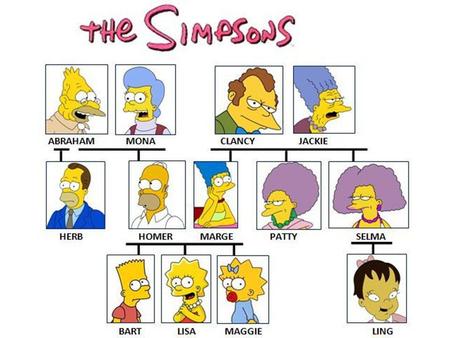 Voici ma famille Today we are learning how to… 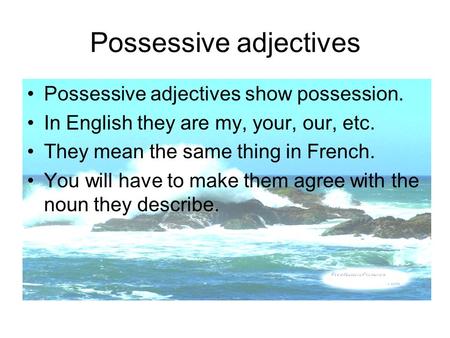 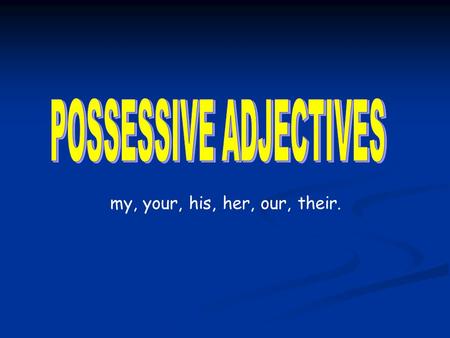 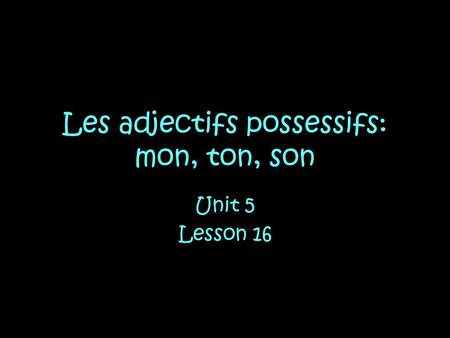 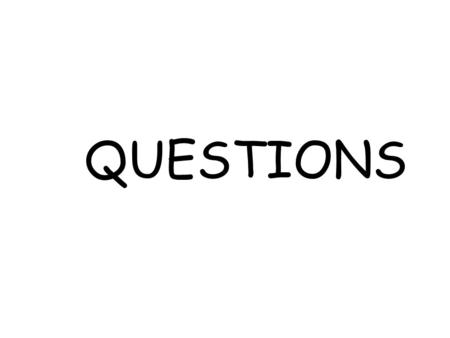 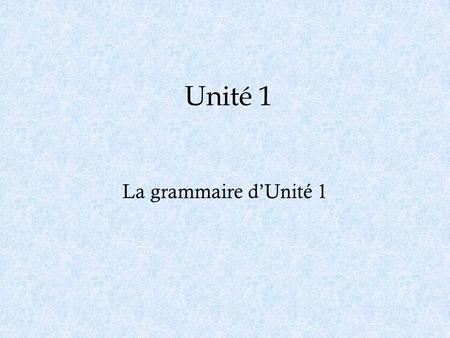 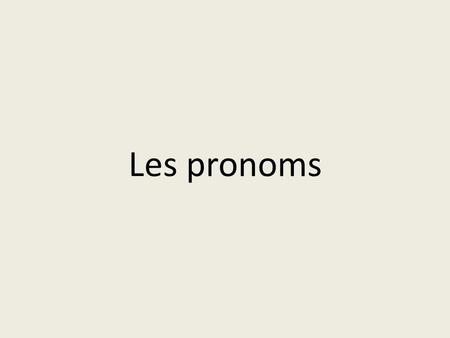 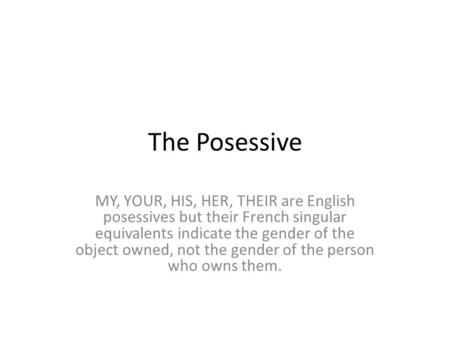 The Posessive MY, YOUR, HIS, HER, THEIR are English posessives but their French singular equivalents indicate the gender of the object owned, not the gender. 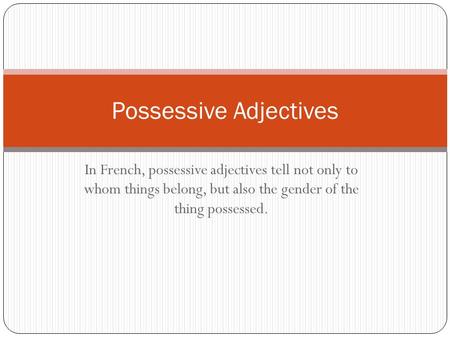 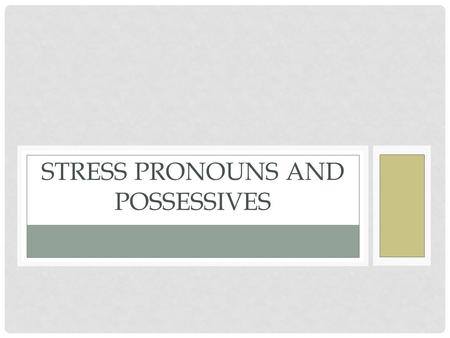 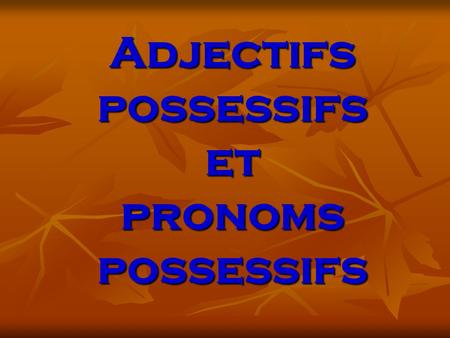 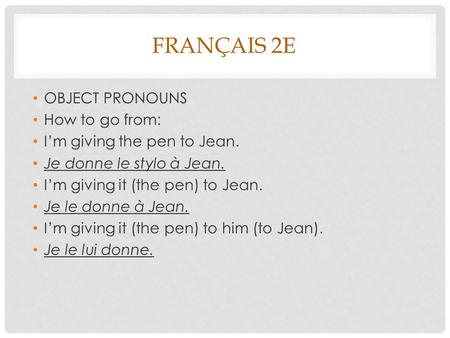 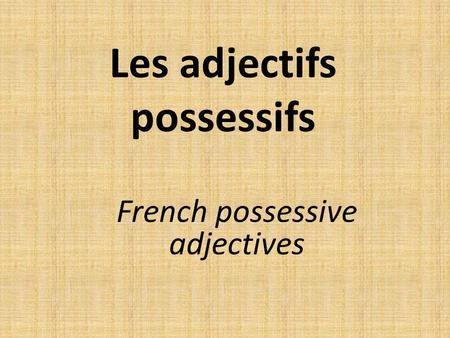 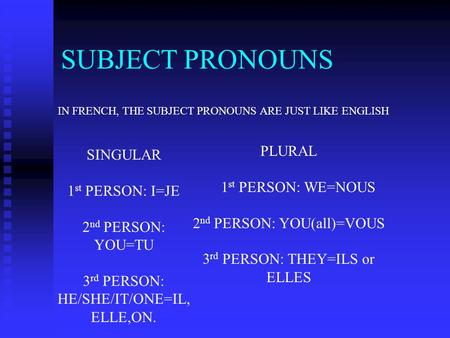 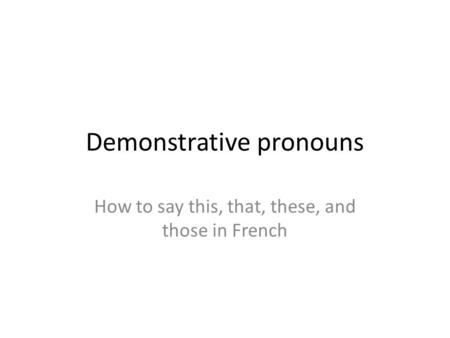 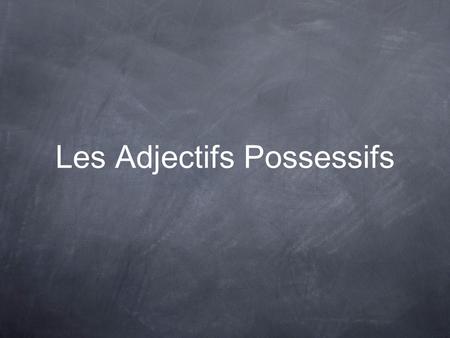 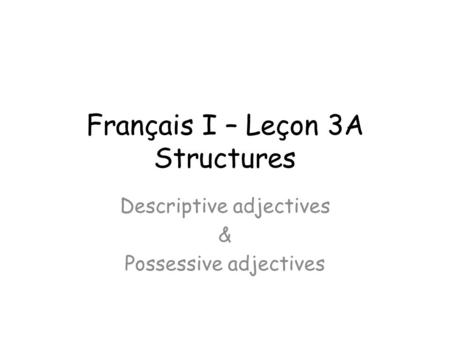 Français I – Leçon 3A Structures 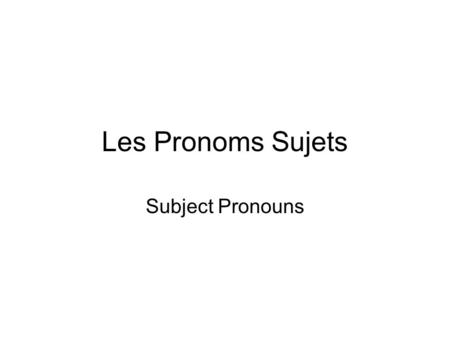 Les Pronoms Sujets Subject Pronouns. 1st person 2nd person 3rd person we you / you guys / yall they SingularPlural I you he / she / it. 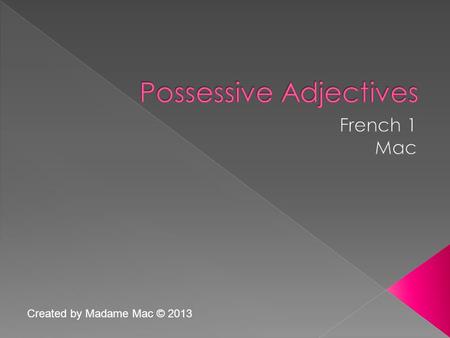 Created by Madame Mac ©  A possessive adjective is a word which describes a noun by showing who possesses that noun.  Whose house is that? It’s.