2 Subject-Verb Agreement The predicate (verb) in a sentence must agree with its subject in number. In the present tense, singular subjects must have singular verbs, and plural subjects must have plural verbs. Generally, singular nouns take verbs which end in the letter s. Alice goes to the store. The bird flies south in winter.

3 Subject-Verb Agreement Plural nouns generally take verbs that do not end in s. Alice and Michael go to the store. (They go.) Birds fly south in winter.

4 No s for plural verbs Be careful not to confuse making plurals in nouns and verbs. The plural of nouns has an s. A plural verb does not have an s: They go. She goes.

5 Subject-Verb Agreement Problem Areas For most native speakers of English, subject-verb agreement is not a problem except there are a few situations which can be confusing.

6 Subjects Separated from Verbs One problem arises when the subject is separated from the verb in the sentence. Usually in English, the order of ideas in a sentence is subject and then verb. The parents are in the waiting room.

8 Prepositional Phrases The word child is the object of the preposition and is not the subject of the sentence. This can cause confusion because the child is right before the verb and the ear wants to make the verb agree with the closest noun, in this case the singular noun child. However, the true subject of this sentence is still the plural noun parents, so the verb must also remain plural: parents are.

9 Relative Pronouns Another separation also occurs with relative pronouns such as who, whom, that, and which. The parents who called Dr. Smith are in the waiting room. To avoid making this error, always make sure you know what the true subject of the sentence is, not just the words closest to the verb: parents are.

10 Singular or Plural Subjects? Sometimes errors are made not because the subject was incorrectly identified, but because of confusion about whether the subject is singular or plural. One commonly confused type is the indefinite pronoun.

11 Always Singular The following are always singular: each, either, neither, and words that end in –body or - one such as anybody or anyone Each of the dogs was removed. Each was. Everybody with measles is quarantined. Everybody is.

12 Always Plural The following are always plural: few, many, several, both Both are out of the office. Several in the room were disappointed. Several were. 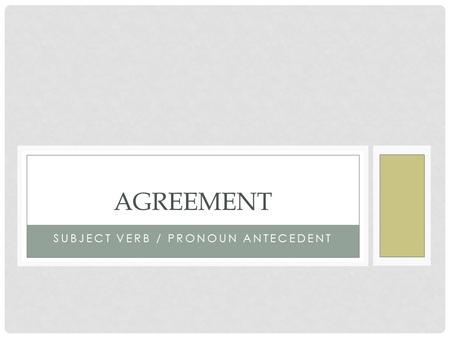 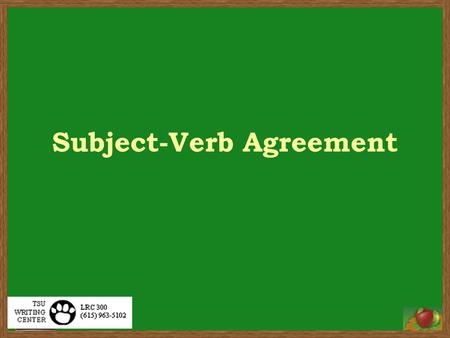 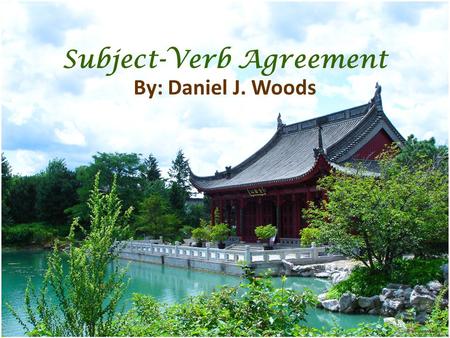 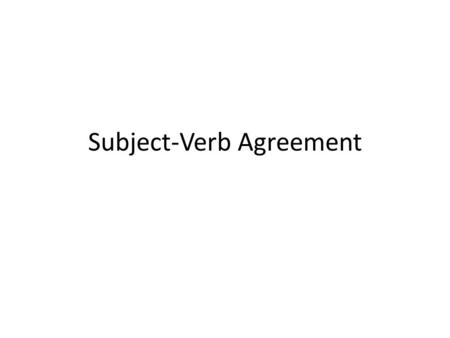