3 Simple Sentences A simple sentence, also called an independent clause, contains a subject and a verb, and it expresses a complete thought. In the following simple sentences, subjects are in pink, and verbs are in green.

4 Examples of Simple Sentences
A. Some students like to study in the mornings. B. Joe and Arthur play football every afternoon. C. Alicia goes to the library and studies every day.

6 Compound Sentences A compound sentence contains two independent clauses joined by a coordinator (a conjunction) What are conjunctions? (remember “Conjunction Junction?) F.A.N.B.O.Y.S. (for, and, nor, but, or, yet, so) Except for very short sentences, conjunctions are always preceded by a comma In the following sentences, subjects are in Pink, verbs are in green, conjunctions are in blue.

8 Notice that… Each sentence contains two independent clauses, and they are joined by a coordinator with a comma before it.  The conscious use of coordinators can change the relationship between the clauses.  Sentences B and C, for example, are identical except for the coordinators.  In sentence B, which action occurred first?

11 Complex Sentences In the following complex sentences, subjects are in pink, verbs are in green, and the subordinators and their commas (when required) are in red.

12 Examples of Complex Sentences
A. When he handed in his homework, he forgot to give the teacher the last page. B. The teacher returned the homework after she noticed the error. C. The students are studying because they have a test tomorrow. D. After they finished studying, Juan and Maria went to the movies. E. Juan and Maria went to the movies after they finished studying. 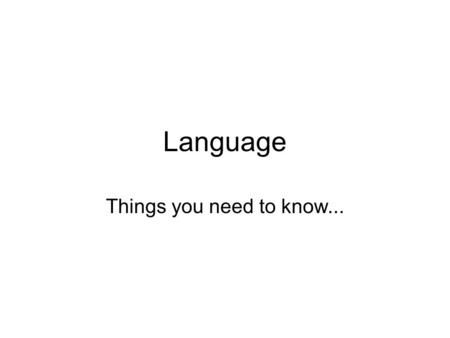 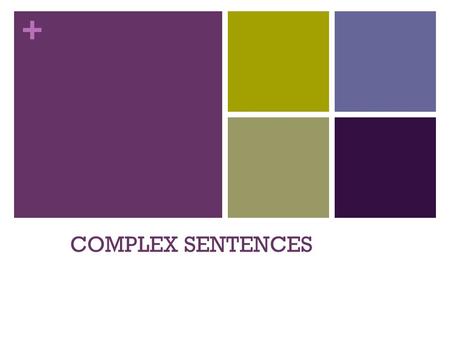 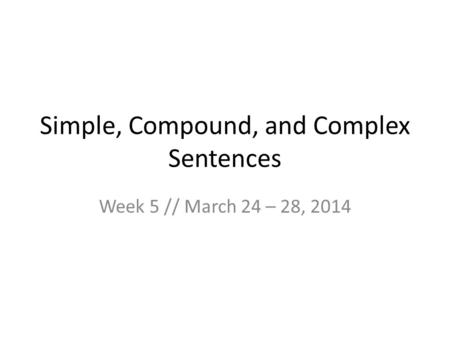 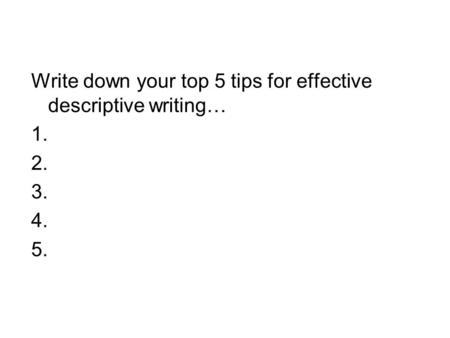