Presentation on theme: "Sentences are made up of parts.  Have a capital letter at the beginning  Include an ending punctuation mark  Have a subject and a verb  Express a."— Presentation transcript:

1 Sentences are made up of parts

3  She ate pizza with friends.  my dog ran across the street.  even though tacos are his favorite.  How many sports do you play  John on Thursday.  List your favorite movies.  Trudy works on the newspaper staff. S NS S S

6  A simple sentence, also called an independent clause, contains a subject and a verb, and it expresses a complete thought.  Sam is an eighth grader.  We went to Colorado last summer.

9  Compound Sentences include a conjunction. Think FANBOY:  For  And  Nor  But  Or  Yet  So

11  Time  after, as, as soon as, before, even after, even before, since, until, when, while, whenever   Place  everyplace, everywhere, where, wherever   Manner  as, as if, as though   Cause  as, because, inasmuch as, since, so that   Condition  if, on condition that, provided, unless   Concession  although, even though, though   Relative pronouns  who, whom, whose, that which

12  When he handed in his test, he forgot to put his name on the paper.  Because his name was missing, the teacher took off five points.  Frank talked to the teacher after he saw his mistake.  The teacher would not change his score since it was a class rule.

15  Shannon ate pizza when she went to the mall, but she did not eat any ice cream.  It took four days to catch up on school work when I returned from the soccer tournament.  Jason loves to watch the movie after he reads a book, and he usually like the book better.  She was the woman who borrowed my car, so I feel she is responsible for filling it with gas.

Download ppt "Sentences are made up of parts.  Have a capital letter at the beginning  Include an ending punctuation mark  Have a subject and a verb  Express a." 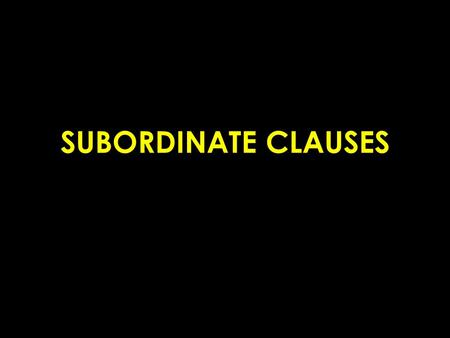 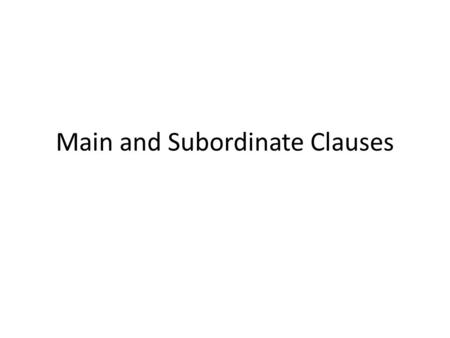