4 Light-gauge steel thickness is expressed as gauge, mils, and millimeters.
The term gauge traditionally has been the unit of measurement for identifying sheet steel thickness. The higher the gauge number, the thinner the steel. Steel thicknesses also have traditionally been given on prints as mils. A mil is equal to one thousandth of an inch (1 mil = .001″). Metric dimensions (in millimeters) are increasingly being used to express steel thickness. One millimeter is equal to .001 meter (1 mm = .001 m). The table in Figure 45-3 provides gauge dimensions and their decimal inch, mil, and SI metric equivalents.

8 No. 8 screws are used most often as light-gauge steel fasteners.
Figure 45-7 provides a chart of fasteners and their applications.

9 Drive pins are held in place by the compressive force of metal framing members.
Drive pins are made of heat-treated high-carbon steel that produces a very hard fastener. Drive pins have spiral grooves or knurls on the shanks to draw the pins tight when driven. As a pin is driven, the point penetrates the sheathing and bores through the steel. This action pushes the steel outward away from the pin. The steel then compresses and grips the pin. See Figure 45-8.

20 The main components of a metal-framed floor unit are the joists, rim track, cross bridging, and blocking. Ensure framing components are installed in the same direction so cutouts align to allow easy installation of utilities. Figure shows a framed floor unit over a full-basement foundation. The rim track is directly fastened to the foundation with clip angles. One part of the clip angle is secured to the foundation wall using an anchor bolt and the other part is secured to the rim track with screws. Bearing stiffeners tie together the ends of the joists and the rim track.

22 Similar to wood-framed floor openings, additional support must be provided around floor openings in metal-framed buildings. The floor opening for a stairway is framed with headers tied to trimmer joists. See Figure A trimmer joist is constructed by fitting a C-shape joist member inside a track member of equal size and securing the two members together with #8 screws 24″ OC. Clip angles tie the headers to the floor joists.

23 In-line framing requires that the joists, studs, and roof rafters be in a direct line ± 3/4″.
In-line framing (stacking) is used for light-gauge steel construction. In-line framing requires that all joists, studs, and roof rafters are in a direct line with one another. See Figure A maximum variance of 3/4″ on either side of the centerline is allowed. Unlike the double top plates of a wood-framed building, the horizontal tracks of a metal-framed wall cannot adequately support weight between the spans of the studs or joists.

24 Studs fit into the top and bottom tracks and are secured with one #8 screw in each flange. Studs should be oriented the same way to ensure utility cutouts align properly. Top and bottom tracks are comparable to the top and bottom plates in wood-frame construction. Tracks consist of a web and two flanges. The web width of a track must be equal to the web width of the studs. See Figure Track flanges may be bent slightly inward to ensure a tight fit between the track and studs. The studs are placed at an angle between the track flanges and turned so they are perpendicular to the track.

26 The main components of an exterior wall placed over the floor unit include top and bottom tracks, studs, diagonal tension straps, horizontal bracing, strap stud bracing, and corner posts. A first-floor exterior wall placed over the floor joists and subfloor is shown in Figure Note the in-line framing of the studs directly above the joists. The wall includes a window opening with a header, sill plate, and top and bottom window cripple studs. Diagonal braces, or tension straps, are used to brace studs against lateral movement. An outside corner post and stud-to-track connections are identified. Exterior walls are sheathed with APA-rated structural panels (OSB or plywood).

29 A short piece of stud material is commonly used to splice tracks.
Wall studs can be precut to the proper length and delivered to the job site, or they can be cut on the job site with a chop saw. The walls are framed on the subfloor or a separate panel table. A common wall-framing procedure is as follows: 1. Lay out the walls on the subfloor or panel table and snap lines. 2. Cut the bottom and top tracks. Where it is necessary to splice the tracks, insert a short piece of stud material and fasten it to the tracks where they butt together. See Figure 3. Position the tracks on edge next to each other. Use a black felt-tip marker to lay out the studs, usually 24″ OC. Mark the tracks using standard conventions as shown in Unit 43. …see complete procedure for wall framing on page 432.

33 Where a wall below runs parallel with the joists, blocking is placed a maximum of 48″ OC between the joists for fastening the tops of the wall to the ceiling. If continuous-span joists supported by a load-bearing wall at the midpoint are used, the stud should be placed directly underneath. Where walls below run parallel with the ceiling joists, blocking is placed between the joists a maximum of 48″ OC to provide anchorage for fastening the top of the walls to the ceiling. See Figure

36 Light-gauge steel trusses are commonly prefabricated in a shop.
Metal roof trusses can be constructed on the job site. Most often, however, metal roof trusses are prefabricated in a shop. See Figure The trusses may be constructed on a level surface, such as the shop floor or subfloor, or on an elevated jig platform. Many manufacturers design the entire roof structure and furnish shop drawings and specifications to a general contractor.

42 Oriented strand board or plywood is typically used as wall sheathing on steel-framed buildings.
Screws or drive pins are installed 3/8″ from the panel edge and typically spaced 6″ OC along the edge and 12″ OC at intermediate studs. See Figure Increased strength is obtained by applying a continuous bead of construction adhesive along the studs and rafters before fastening the panels in place.

43 When installing a brick veneer wall, the wall ties are fastened to the sheathing and metal studs and embedded in the mortar between bricks. When masonry is used as an exterior finish, wall ties fastened to the studs are embedded between the masonry courses. Several wall tie designs are available. One example is shown in Figure

44 Exterior insulation and finish systems are commonly installed over metal-framed buildings.
Exterior insulation and finish systems (EIFS) are common as exterior finish on metal-framed buildings. See Figure One of the biggest advantages of using EIFS with metal-framed buildings is the elimination of cold bridging. Cold bridging occurs when construction components (usually structural members or door or window frames), which have greater thermal conductivity than the rest of the building, extend from the interior face to the exterior face of the building. Since structural members do not extend across the faces, cold bridging in EIFS construction is eliminated. In addition, there are no fasteners in contact with the exterior to transfer the cold to the interior of the building. 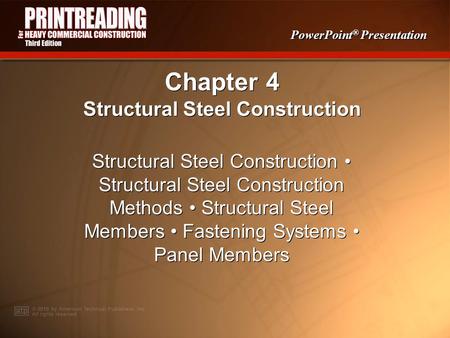 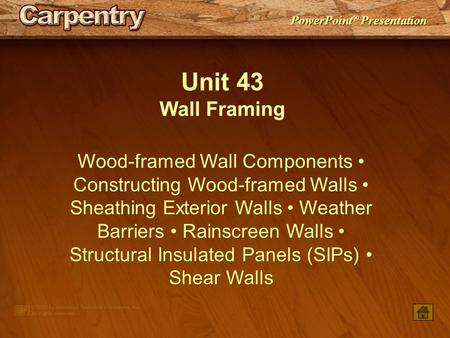 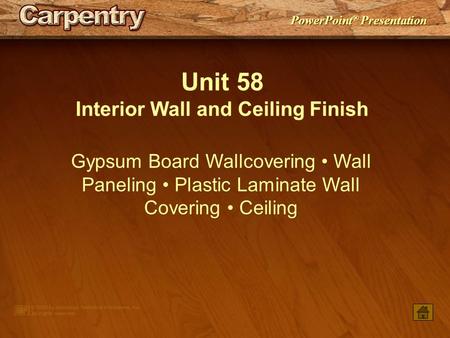 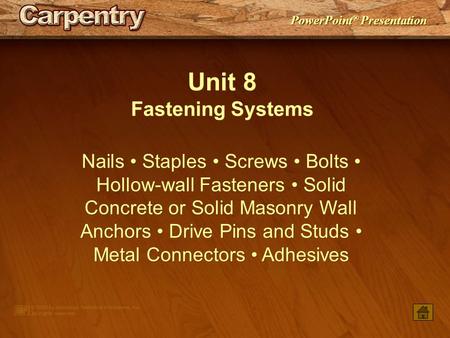 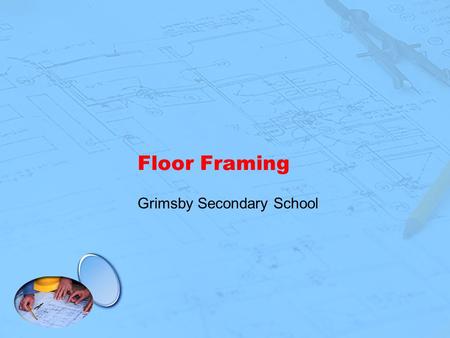 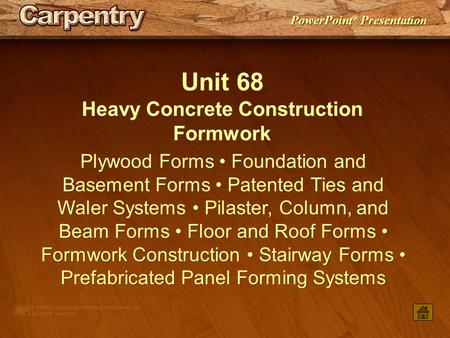 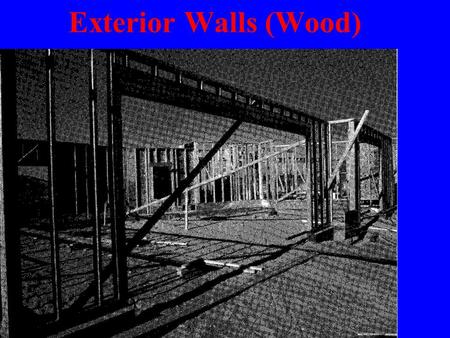 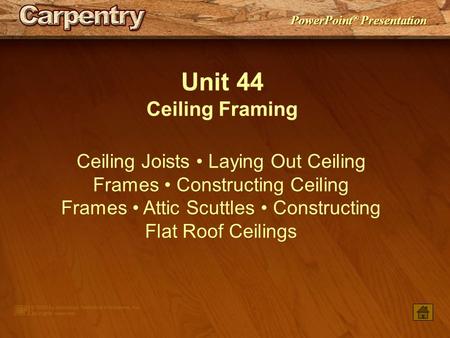 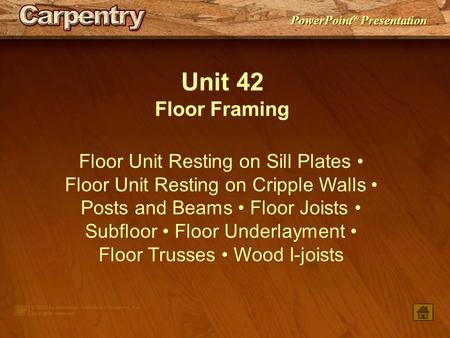 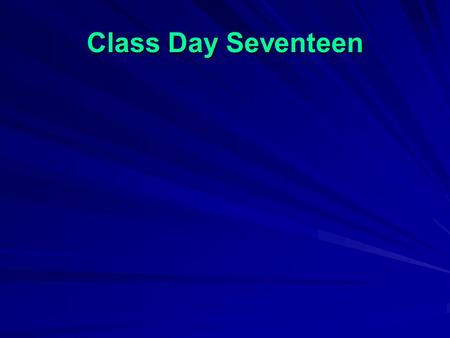 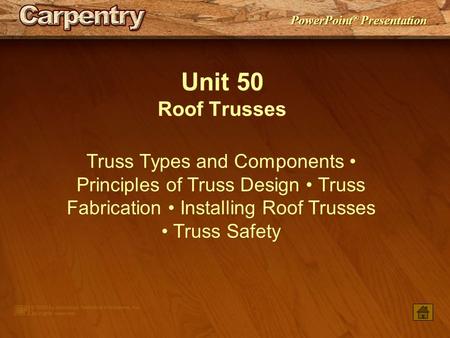 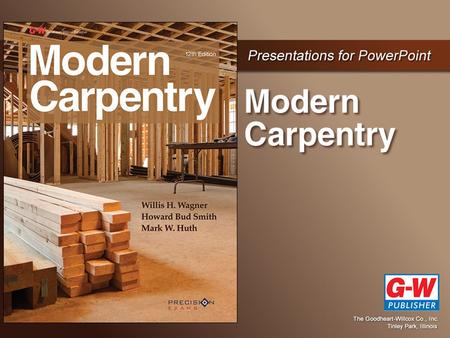 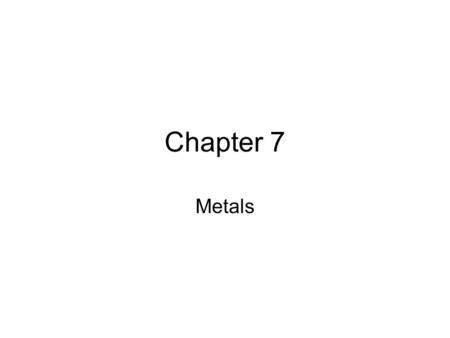 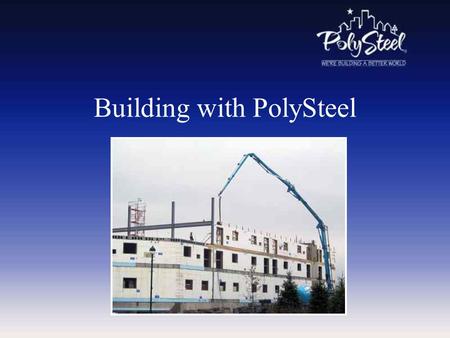 Building with PolySteel. #1Footings Install standard (level) footings with rebar placed at the intervals required by your building design, as outlined. 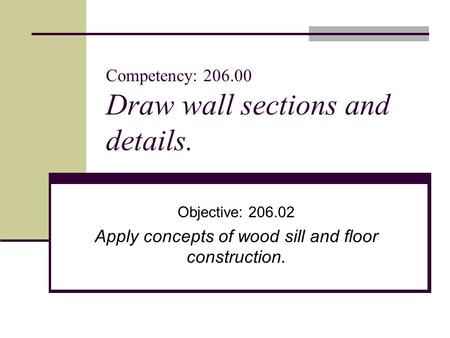