Presentation on theme: "Photo ID Required. When did the law go into effect? As of January 1, 2012, all voters must present a state or federally issued photo ID when voting in."— Presentation transcript:

2 When did the law go into effect? As of January 1, 2012, all voters must present a state or federally issued photo ID when voting in person, whether they are voting early or on Election Day.

9 Unacceptable Forms of Photo ID College student IDs Any photo ID not issued by the federal government or the State of Tennessee, including city and county photo IDs

10 What if I dont bring a photo ID to the polling place? You will vote a provisional ballot. You will have until two business days after Election Day to return to the election commission office or other designated location to show a valid photo ID.

11 What if I dont have a photo ID? You may obtain a free photo ID for voting from the Department of Safety at any participating driver service center. If you already have a valid photo ID, you will not be issued a free photo ID.

13 What if my driver license does not include my photo? If you have no other form of valid photo ID, you may have your photo added to your current license for free at any driver service center.

14 Who is exempt? Absentee by-mail voters Residents of a licensed nursing home or assisted living facility who vote at the facility Voters who are hospitalized Voters with religious objections to being photographed Voters who are indigent and unable to obtain a photo ID without paying a fee

Download ppt "Photo ID Required. When did the law go into effect? As of January 1, 2012, all voters must present a state or federally issued photo ID when voting in." 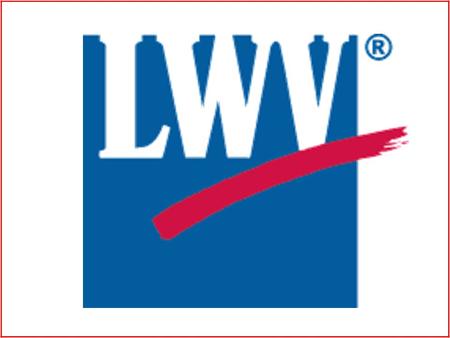 League of Women Voters of South Carolina We are helping all voters, including those who will be unduly burdened by the SC VOTER PHOTO ID LAW WE ARE. 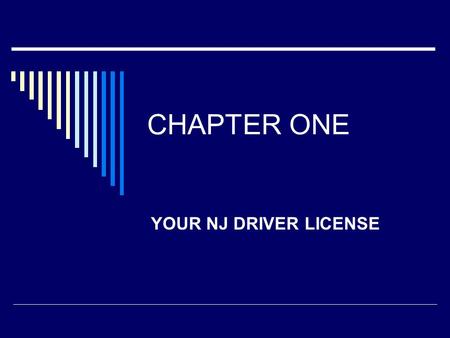 CHAPTER ONE YOUR NJ DRIVER LICENSE. Why Do You Need Driver’s Ed Drivers Ed is usually required to get a driver’s license for the first time Driver education. 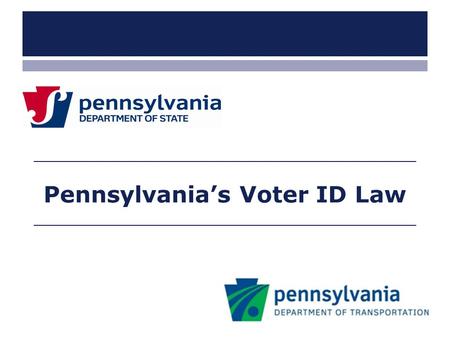 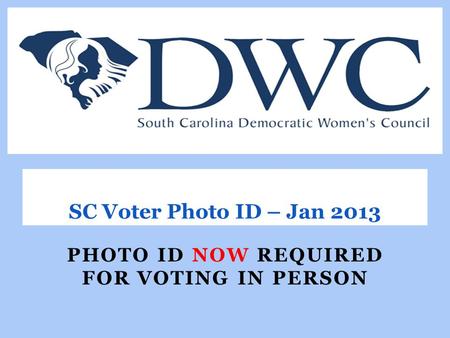 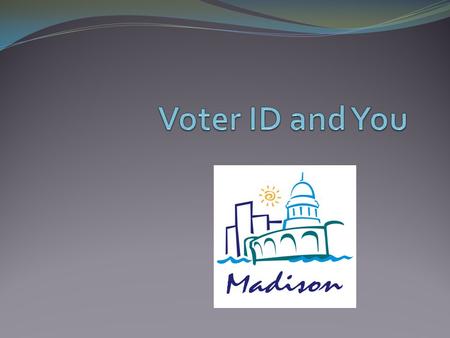 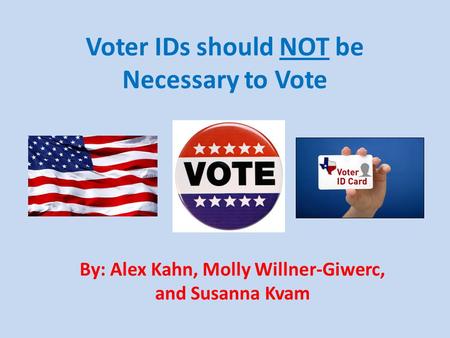 Voter IDs should NOT be Necessary to Vote By: Alex Kahn, Molly Willner-Giwerc, and Susanna Kvam. 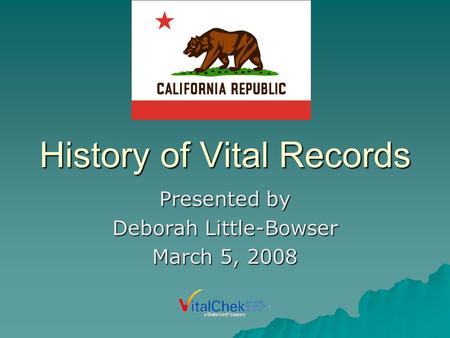 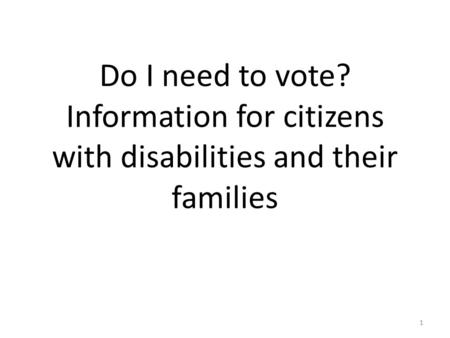 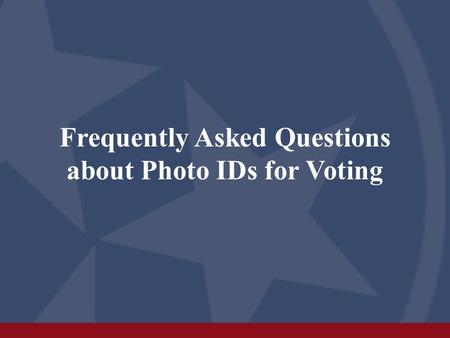 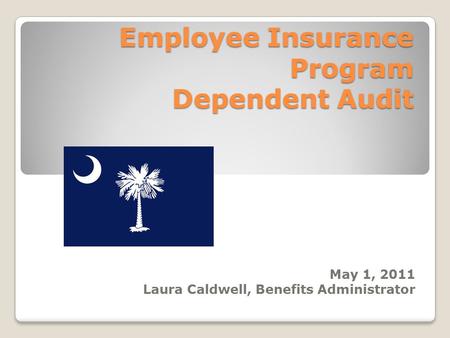 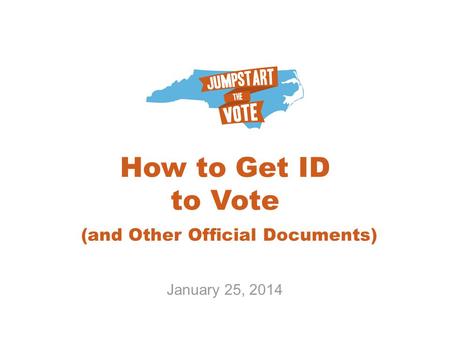 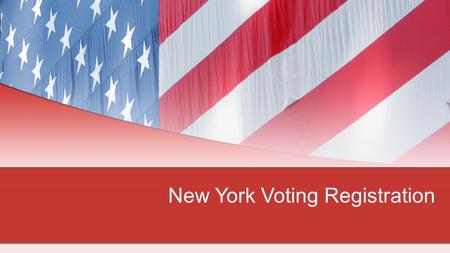 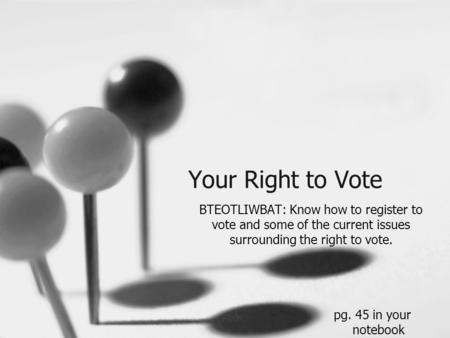 Your Right to Vote BTEOTLIWBAT: Know how to register to vote and some of the current issues surrounding the right to vote. pg. 45 in your notebook. 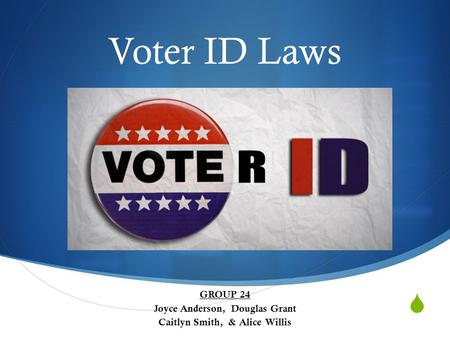 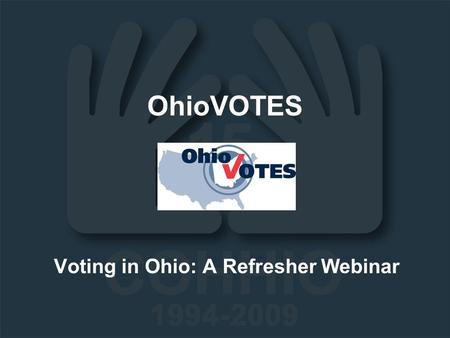 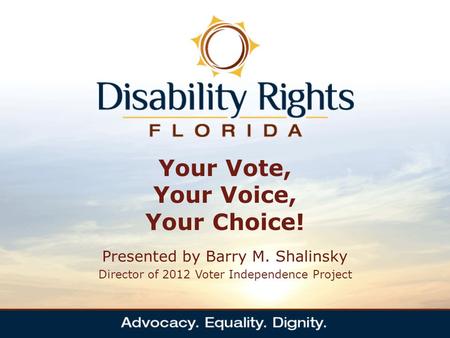 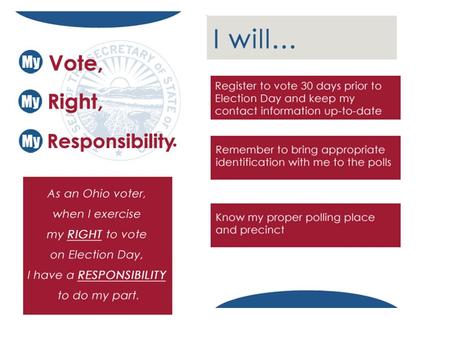 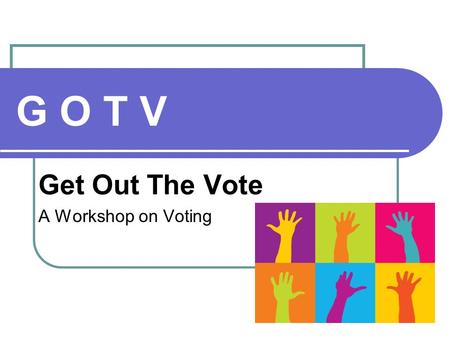 G O T V Get Out The Vote A Workshop on Voting. Who We Are Volunteers Goals To inform you about your right to vote To motivate you to carry the message.