2 Constitutional Terms A. quorum – minimum number of members that must be at meeting for a vote to be legal B. legislative – making the laws C. executive – carry out the laws D. judicial – interpret the laws E. popular sovereignty – self government based on the will of the people

3 Constitutional Terms Cont.
F. Compromise – settling a difference by each side giving up something. G. resolution – a groups opinion or decision H. Clause - section of a document

4 Main Ideas Important decisions the delegates made on the first days of the convention: 1. Everything said at the convention should be kept secret 2. That they should write a new constitution instead of trying to fix the Articles of Confederation

5 Main Ideas Virginia Plan & New Jersey Plan Similarities
- They both called for 3 branches of government. - They both gave the central government more power than the Articles of Confederation did.

9 Why was the Great Compromise so important?
This is how our country is still run today This compromise allowed the convention to continue on and solve other potential problems

10 Three-Fifths Compromise
Southerners wanted to increase their representation in the House so they wanted to be able to count their slaves in the population. The northern states objected saying that slaves were property and could not vote, so they should not be counted. Compromise was reached when both the north and the south agreed that slaves would count as 3/5 of a person. This compromise was removed from the constitution when slavery was abolished by the 13th Amendment

11 Commerce and Slave Trade Agreements
Those favoring a strong central government wanted the new Congress to control trade between states and other countries Southern delegates were against this because their economy depended on trade with other countries and they did not want to get taxed. Compromise – Congress could not interfere with the slave trade for 20 years after ratification of the Constitution.

13 What If the New Jersey Plan?
Would have been similar to our system in some ways. BUT It would have retained the major features of the Articles of Confederation meaning - Less authority for the National Government 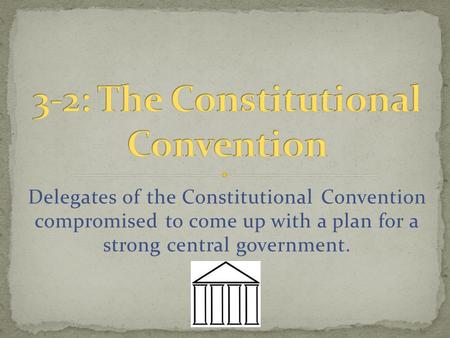 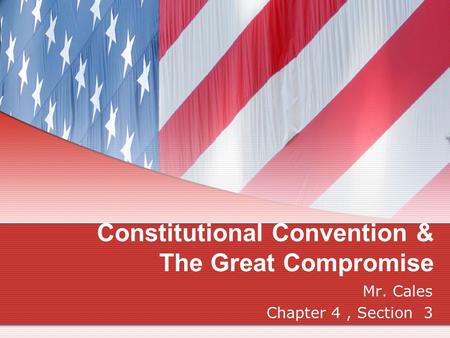 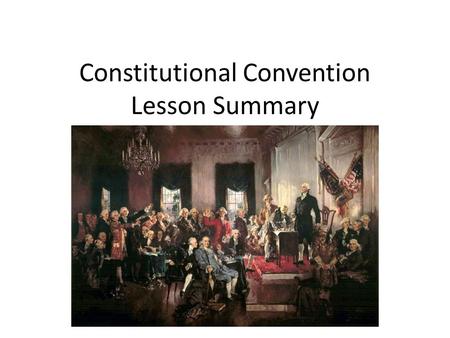 Constitutional Convention Lesson Summary. 1 st major Debate “Should we make changes to Articles of Confederation or get something new?” – Decision: Start. 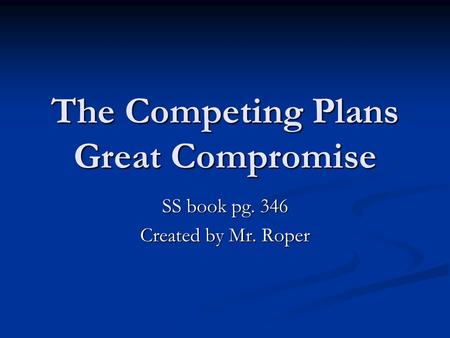 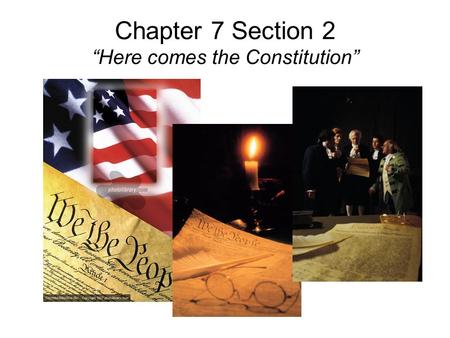