4 Naming Binary Molecular Compounds
The atoms of a molecular formula are written in the order of the elements electronegativity Least electronegative atom will always be listed first. Electronegativity – indicates how well an elements nuclei attract the electrons in a covalent bond

5 The Periodic Table and Electronegativity

7 Naming Binary Molecular Componds
The prefix mono- is omitted for the first element.

13 Covalent Bonds and the Periodic Table
Number of bonds formed to achieve octet. Numbers in parentheses indicate possible numbers of bonds that result in exceptions to the octet rule.

15 Molecular Formulas and Lewis Structures
Molecular formula: A formula that shows the numbers and kinds of atoms in one molecule of a compound. Structural formula: A molecular representation that shows the connections among atoms by using lines to represent covalent bonds. Lewis structure: A molecular representation that shows both the connections among atoms and the locations of lone-pair valence electrons.

17 Drawing Lewis Structures
Sum up the valence electrons for all atoms in the molecule Identify the atom in the lowest group # (except H) – Least electronegative atom If both atoms in same group # identify the one in the highest numbered period. Write this symbol as the central atom surrounded by all other atoms

18 Drawing Lewis Structures
Place a single bond (-, representing two electrons) between all external atoms and the central atom Add up the electrons in the bonds and subtract this from the total valence electrons

21 The Shapes of the Molecules
Molecular shapes can be predicted by noting how many bonds and electron pairs surround individual atoms and applying what is called the valence-shell electron-pair repulsion (VSEPR) model. VSEPR model - the negatively charged clouds of electrons in bonds and lone pairs repel each other, and keep as far apart as possible.

22 The Shapes of the Molecules
There are three step to applying the VSEPR model: Step 1: Draw a Lewis structure of the molecule, and identify the atom whose geometry is of interest. Step 2: Count the number of electron charge clouds surrounding the atom of interest. Step 3: Predict molecular shape by assuming that the charge clouds orient in space so that they are as far away from one another as possible.

27 Polar Molecules If the bonds in a molecule have a polarity then depending on the shape of the molecule, the molecule itself can be polar Guaranteed nonpolar molecules Linear, trigonal planar and tetrahedral if all peripheral atoms are identical 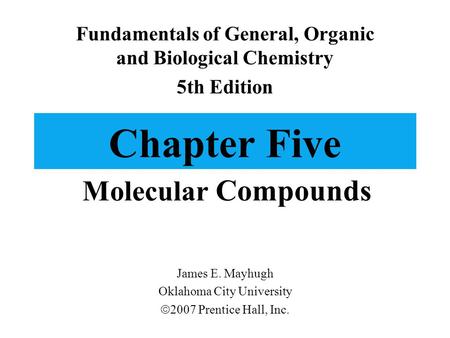 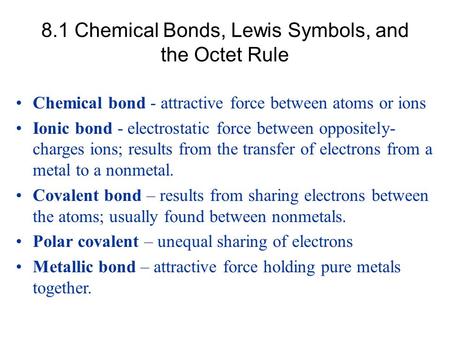 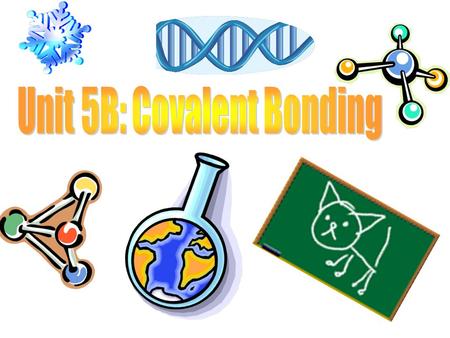 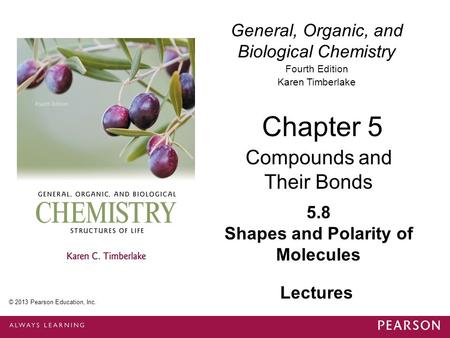 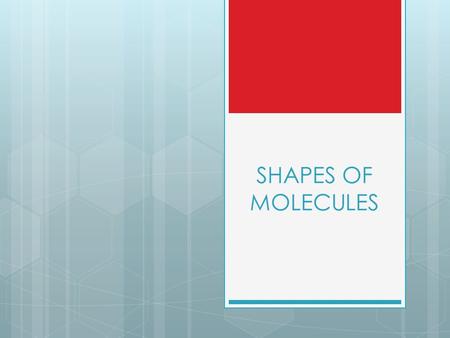 SHAPES OF MOLECULES. REMINDER ABOUT ELECTRONS  Electrons have negative charges  Negative charges “repel” each other  In molecules, electrons want to. 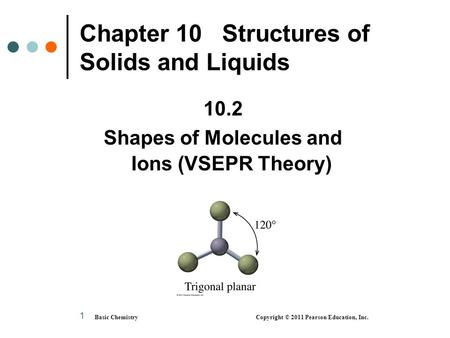 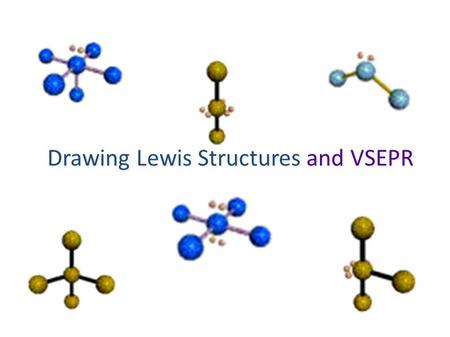 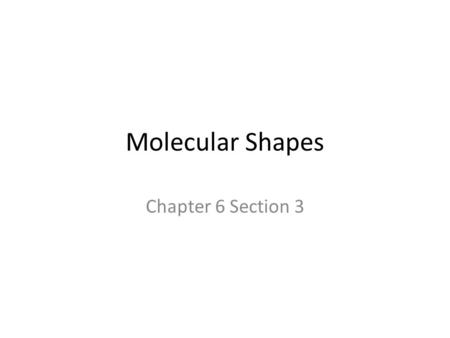 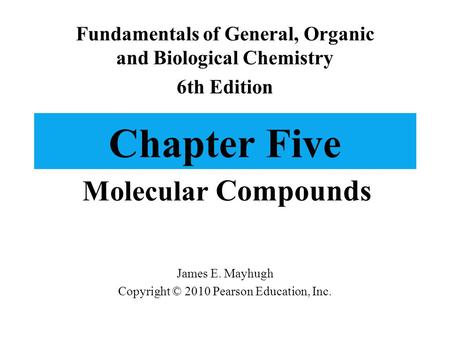 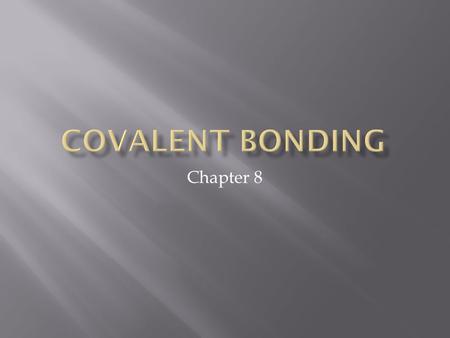 Chapter 8.  Why do atoms bond?  Atoms bond to become more stable.  Atoms are most stable when they have 8 valence electrons. (i.e. the same electron. 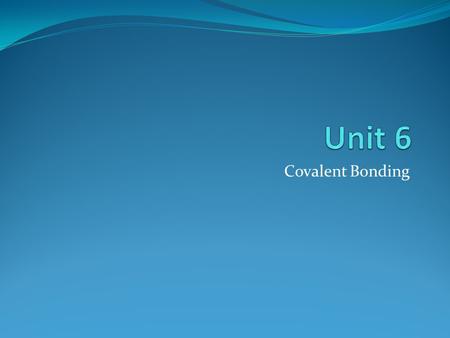 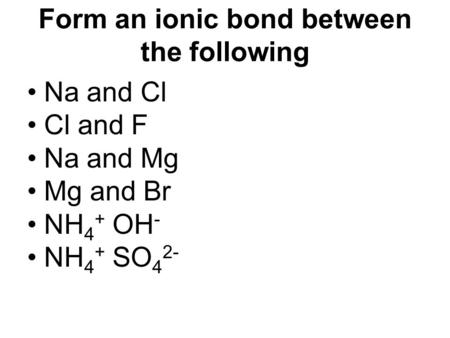 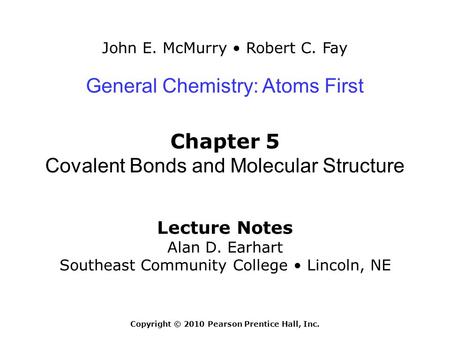