Presentation on theme: "Atomic Structure and History of the Atomic Theory"— Presentation transcript:

2 Do theories in science always stay the same?
No, theories are changed or replaced as new discoveries are made. Theories of the atom (Atomic Theory) have changed many times over the past couple thousand years based on new knowledge that has been gained through experimenting.

3 What are Atoms? Atoms are tiny units that determine the properties of matter Atoms are EVERYWHERE and make up EVERYTHING around you!

4 Democritus ( BC) In the 4th Century B.C., the Greek philosopher Democritus suggested that the universe was made of indivisible units that he called atoms. “Atom” comes from the Greek word atomos, which means “unable to be cut or divided”

5 Democritus ( BC) Democritus concluded that there was a limit to how far matter could be divided; eventually, you would end up with a piece of matter that could not be cut. What did people think of Democritus? People did not believe Democritus because he had no evidence to support his theory.

6 John Dalton ( ) In 1808, two thousand years after Democritus, an English school teacher named John Dalton proposed a revised atomic theory. His theory was developed based on scientific evidence and some parts of his theory still hold true today!

7 John Dalton ( ) John Dalton proposed 3 new ideas about the atom: Every element is made of tiny, unique particles called atoms that cannot be subdivided. Atoms of the same element are exactly alike. Atoms of different elements can join to form molecules.

9 J.J. Thomson ( ) In 1897, J.J. Thomson, a British scientist, performed an experiment that suggested that atoms were not indivisible.

12 Ernest Rutherford ( ) Was a student of J.J. Thomson but disagreed with the “Plum Pudding Model”. Devised an experiment to investigate the structure of positive and negative charges in the atom.

13 What did Rutherford Propose?
Rutherford proposed that most of the mass of the atom was in the atom’s center. An interactive model of Rutherford’s Gold-foil Experiment:

16 Niels Bohr ( ) In 1913, the Danish scientist Bohr suggested that electrons in an atom move in set paths around the nucleus like planets orbiting the sun. In his model, every electron has a certain energy level that is determined by its path around the nucleus.

17 Modern Atomic Theory (1925)
This is the theory that we currently believe. The modern atomic theory believes that electrons behave more like waves on a vibrating string.

19 Well….. It is a much easier way to fit it on paper!
If a nucleus were as big as a marble, the whole atom would be the size of a football stadium! The nucleus is very, very small in comparison to the atom.

20 So, can atoms be subdivided?
Both Democritus in the 4th century and later Dalton in the 19th century believed that the atom was the smallest particle and could not be subdivided. We now know that this is NOT TRUE!!!!- the atom can be divided into subatomic particles

23 Overall Charge of an Atom
The overall charge of an atom is ZERO. Atoms have equal numbers of protons and electrons, and their charges exactly cancel.

24 The nucleus What two particles are located in the nucleus?
Protons and Neutrons What is the overall charge of the nucleus ONLY? The nucleus has a positive charge because it is made of protons, which are positive, and neutrons, which have no charge.

26 Orbitals An orbital is a region in an atom where there is a high probability of finding an electron. There are 4 orbitals: s orbital p orbital d orbital f orbital *These orbitals are in order from lowest to highest energy.

Download ppt "Atomic Structure and History of the Atomic Theory" 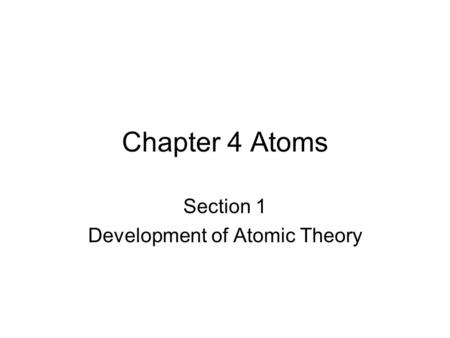 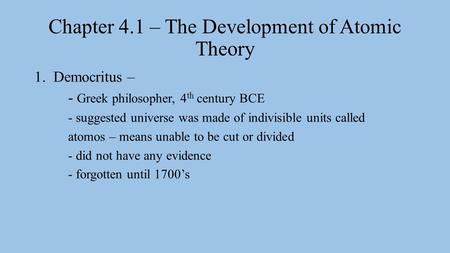 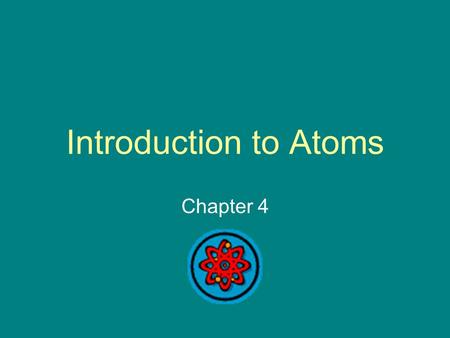 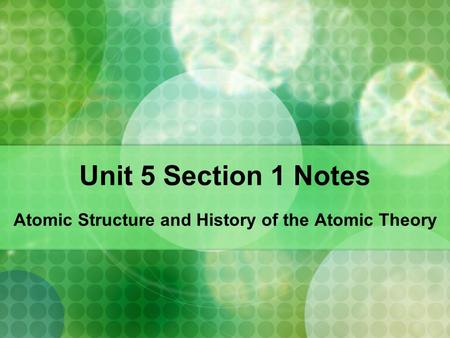