3 Ancient Greek Models Aristotle: Believed there was no limit to the number of times matter could be divided Believed all substances were built from only four substances: earth, air, fire, and water. Remember, this was all just speculation!!!

4 Dalton’s Atomic Theory
Through experimentation, Dalton discovered that elements in a compound always join the same way. He proposed the theory that all matter is made up of individual particles called atoms, which cannot be divided. His theory is as follows: 1. All elements are composed of atoms 2. All atoms of the same element have the same mass 3. Compounds contain atoms of more than one element 4. In a compound atoms of different elements combine the same way.

5 A Theory Revised Dalton’s theory explained data from many experiments for a while, but over time scientists found all of Dalton’s ideas about atoms were not correct. They did not discard his theory, but they revised it. John Dalton (born 1766)

6 HISTORY OF THE ATOM Investigations in the 1800’s proved that atoms were in fact divisible. ATOM- smallest particle of an element that retains the chemical properties of that element.

7 Thomson’s Model of the Atom
Joseph John Thomson 1898 Thompson’s experiments provided the first evidence that atoms are made of even smaller particles. Experiments using electric currents were carried out in tubes know as cathode-ray tubes.

8 Cathode Rays and Electrons (Thomson’s Experiment)
Cathode-Ray Experiment Observed that cathode rays were deflected by a magnetic field (like wire carrying electric current) which had a negative charge. Rays were also deflected away from a negatively charged object and attracted to the positive plate inside the tube. CONCLUSION: Cathode Rays are negatively charged! Thomson- found evidence that there were negative charges scattered throughout an atom!

9 HISTORY OF THE ATOM PLUM PUDDING MODEL 1904
Thompson developed the idea that an atom was made up of “electrons,” which are negatively charged. They are scattered unevenly within an sphere surrounded by a soup of positive charge to balance the electron's charge like plums surrounded by pudding. PLUM PUDDING MODEL Negative charges scattered throughout an atom filled with a positively charged mass.

10 HISTORY OF THE ATOM Ernest Rutherford 1910
Disproved the PLUM PUDDING model Rutherford and his team fired alpha particles at a piece of gold foil which was very thin. This experiment led to the discovery of a Nucleus, where all of the atoms positive charge is concentrated.

12 HISTORY OF THE ATOM Rutherford’s new evidence allowed him to propose a more detailed model with a central nucleus that was densely packed. He suggested that the positive charge was all in a central nucleus, holding the electrons in place by electrical attraction However, this was not the end of the story.

13 HISTORY OF THE ATOM Niels Bohr 1913
Studied under Rutherford at the Victoria University in Manchester. Bohr refined Rutherford's idea by adding that the electrons were in orbits, moving in many directions, like planets orbiting the sun, with each orbit only able to contain a set number of electrons. 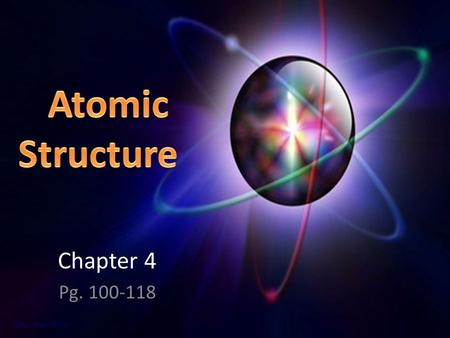 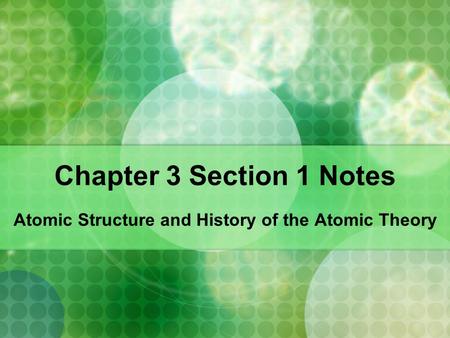 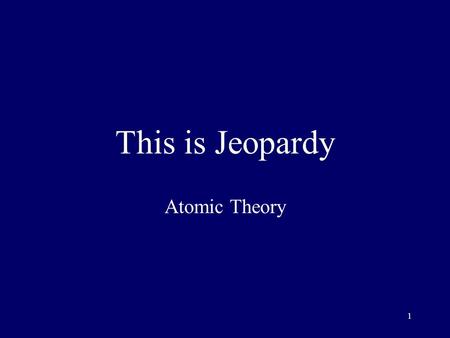 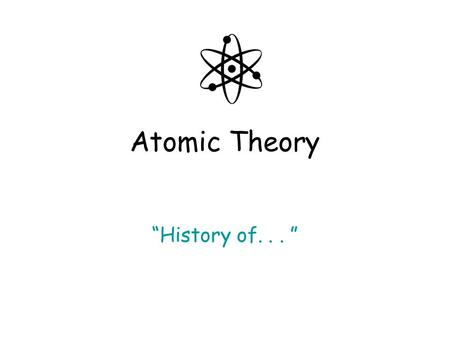 Atomic Theory “History of... ”. The Ancient Greeks Democritus and other Ancient Greeks were the first to describe the atom around 400 B.C. The atom was.