Presentation on theme: "What is a Computer? A computer is an electronic device operating under the control of instructions stored in its own memory unit, that can accept data."— Presentation transcript:

1 What is a Computer? A computer is an electronic device operating under the control of instructions stored in its own memory unit, that can accept data (input) process the data and generate results (output) and store the results for future use.

2 Hardware & Peripheral devices
The electric, electronic, and mechanical equipment that makes up a personal computer is called hardware. Devices that surround the system unit (i.e., the keyboard, mouse, speakers, monitor, and so on) sometimes are known as peripheral devices. other devices (such as a scanner) that could be part of a computer system.

4 Data Vs Information Data is a collection of raw facts, figures, and symbols, such as numbers, words, images, video and sounds Data is given to computer during the input operation Computers manipulate the data and produce organized, meaningful and useful information

7 Why is a computer so Powerful?
The power of a computer comes from its ability to perform the information processing cycle quickly, reliably (low failure rate), and accurately. capacity to store large amounts of information ability to communicate with other computers

8 Computer Program or Software
A detailed set of instructions that tells computer exactly what to do to perform an operations are called a computer program or software. What is the difference between hardware and software?

9 Hardware Vs Software A 3.5 inch floppy disk is a hardware but the program that is stored in a floppy disk is a software Computer programs are written using programming languages (such as BASIC, COBOL, C, Pascal, and so on) each of which has specific rules, or syntax, governing its use.

22 Floppy Disks Floppy disk is a portable storage medium
It consists of a thin, circular, flexible plastic disk with a magnetic coating enclosed in a square-shaped plastic shell A floppy disk drive is a device that can read from and write to a floppy disk Formatting is the process of preparing a disk for reading and writing by organizing the disk into storage locations called track and sectors

28 Miniature Storage Media
Rewritable media usually in the form of a flash memory card It is the primary storage media used with digital cameras, music players, PDAs and so on

29 Communication Devices
Helps a computer to send and receive data, instructions, and information to and from one or more computers Communication occur over transmission media, such as cables, telephone lines, satellites

31 Networks A network is a collection of computers and devices connected through the communication media such as cables, telephone lines, modems or other means Local area network Wide area network

32 Internet & Intranets Worlds largest network
Links millions of computers by means of cables, telephone lines and other communication devices Users connect to the Internet either through an internet service provider or through an online service provider Intranet is a special type of web that is available only to the users of a particular type of computer network, such as a network used within a company or organization for internal communication.

34 World Wide Web The first web page in the web site is called the home page A hyperlink is colored or underlined text or a graphic that, when clicked, connects to another web page Microsoft Internet Explorer is a widely used browser

Download ppt "What is a Computer? A computer is an electronic device operating under the control of instructions stored in its own memory unit, that can accept data." 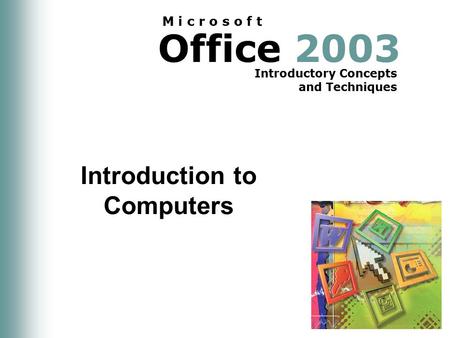 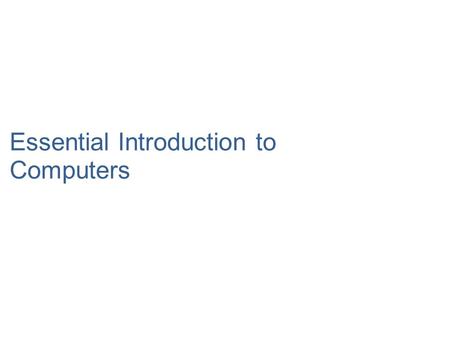 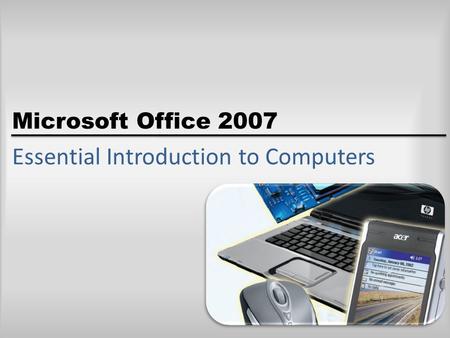 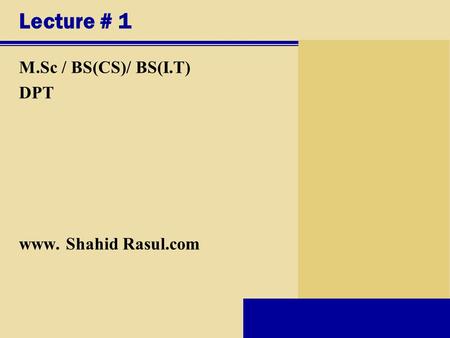