Presentation on theme: "INTERACTION OF LIVING THINGS AND CYCLES IN NATURE. Chapter 2 and 3 review."— Presentation transcript:

1 INTERACTION OF LIVING THINGS AND CYCLES IN NATURE. Chapter 2 and 3 review

2 The five levels of environmental organization.  Organism: one organism of one species.  Population: two or more organisms of the same species.  Community: different populations of organisms living together.  Ecosystem: a community of organisms and the abiotic factors.  Biosphere: the part of Earth where life exists

7 Links in a food chain  A food chain shows the pathway of energy transfer as a result of how organisms’ eating patterns.

8 Sun  The ultimate source of energy for all living things.

9 Producers  Producers make their own food through a process called photosynthesis. This requires sunlight.

13 Scavanger  Scavengers are consumers that eat the left overs of other consumers.

15 Food Web  A food web shows the feeding relationships between lots of different organisms in an ecosystem.

21 Competition  Competition is when two or more individuals or populations complete for the limiting factors that are available in a particular ecosystem.

23 Prey  Prey are organisms that are killed and eaten by other organisms.

25 Mutualism  Mutualism is a symbiotic relationship in which both organisms benefit.

27 Parasitism  Parasitism is a relationship in which one organism benefits and other is harmed.

30 Carbon Cycle  The carbon cycle is the exchange of carbon between the environment and living things.  Photosynthesis is the basis of the carbon cycle.

31 Nitrogen Cycle  The nitrogen cycle is the movement of nitrogen between the environment and living things.

Download ppt "INTERACTION OF LIVING THINGS AND CYCLES IN NATURE. Chapter 2 and 3 review." 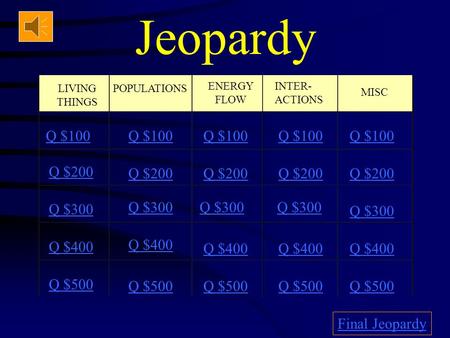 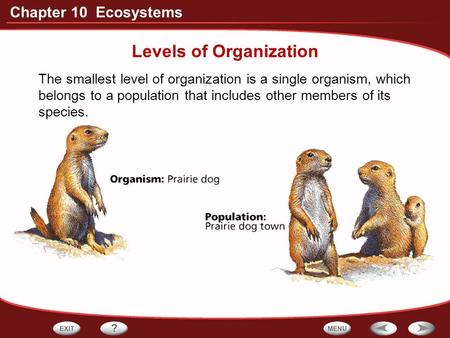 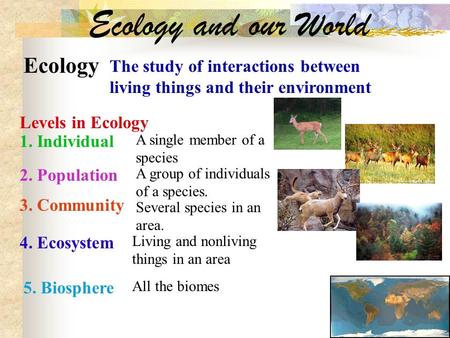