1 PHYSICS MR BALDWIN Speed & Velocity 9/15/2014
AIM: What is motion and how does it change? DO NOW: What do you understand about the terms speed and acceleration? Home Work:

2 Laws of Motion Everything in the universe is in nonstop motion.
Motion is the rule, not the exception. The laws which govern the motion of atoms and stars apply to the motion in our everyday lives.

3 Distance and Displacement
Distinction between distance and displacement. Distance traveled (dashed line) is a measure of length along the actual path. Displacement (blue line) is how far the object is from its starting point, regardless of how it got there.

5 Average Speed & Instantaneous Speed
The instantaneous speed is the speed as given on your speedometer. The speed at that instant. Speed given by the speedometer The average speed is the total distance traveled by an object divided by the total time taken to travel that distance. CHECK: Determine the units Unit: m/s; km/h; mph

6 CHECK: Can you write other forms of the equation to determine the other two quantities t & d?

9 PHYSICS MR BALDWIN Speed & Velocity 9/17/2014
AIM: What is the difference between constant and changing motion?(What is acceleration?) DO NOW: Look at the runner below. What can you infer about the runner?

11 CHECK: Can you write other forms of the equation to determine the other two quantities t & d?

21 PHYSICS MR BALDWIN Accelerated Motion 9/19/2014
AIM: How are acceleration, velocity, distance and time related? DO NOW: Look at the runner in the red shorts below. What can you infer about the runner’s velocity and distance for each time interval?

22 Changing Velocity Acceleration There are two major indicators of the change in velocity in this motion diagram. Can you identify them? The change in the spacing of the dots and the differences in the lengths of the velocity vectors indicate the changes in velocity.

23 Can you identify which one is speeding up and which one is slowing down?
Acceleration Changing Velocity If an object speeds up, each subsequent velocity vector is longer. Also, the subsequent distances increases. If the object slows down, … (you fill in the rest)

27 Relating Acceleration, Speed & Time
The acceleration, assumed constant, is the rate of change of velocity.

29 Average Speed & Distance Traveled During Constant Acceleration
In addition, as the velocity is increasing at a constant rate, we know that

33 PHYSICS MR BALDWIN Freefall 9/22/2014
AIM: How do we describe the motion of an object in freefall? DO NOW: In your own words, how would you define or describe freefall? Home Work: Freefall worksheet

34 Freefall Motion Near the surface of the Earth, all objects experience approximately the same acceleration due to gravity. Look at the image to the left. What can you infer about the apple’s motion?

35 Uniformly Accelerated Motion
Galileo’s Law of Freely Falling Bodies: In the absence of air resistance, all objects, regardless of size, shape or mass, fall with the same acceleration.

36 Uniformly Accelerated Motion
The acceleration due to gravity at the Earth’s surface is approximately 9.80 m/s2.

37 CHECK What is freefall?

39 Rearrange the formulas letting a = – g

40 NOTE The equations can be used to find time of flight from speed or distance, respectively. Remember that an object thrown into the air represents two mirror-image flights, one up and the other down. Acceleration of an object moving up is negative. Magnitude of the acceleration up or down is the same

41 PHYSICS MR BALDWIN Freefall Motion 9/23/2014
AIM: How is the motion of an object affected when projected upwards? DO NOW: Describe the velocity of an object after it has been thrown vertically upwards with a speed of 20 m/s and returns back to it initial position. Home Work: Worksheet - Acceleration due to gravity

42 Back to “HOW FAR?” Recall that
But for the object thrown upwards with some velocity, let d become ‘h’ (to stand for height), and vi is different from 0, with the acceleration a = -g (only due to gravity): DERIVE THE EQUATION FOR HEIGHT

43 Now to “HOW FAST?” Recall that
But for the object thrown upwards with some vi different from 0, with the acceleration a= -g (only due to gravity): DERIVE THE EQUATION FOR OBJECT’S VELOCITY.

44 From this, we can answer “HOW LONG”
If we know the height to which the object rises, we can determine HOW LONG it takes to get there. What happens to the velocity at the top of the object’s motion? vf = 0 DERIVE THE EQUATION FOR THE TIME TAKEN FOR THE OBJECT TO REACH MAXIMUM HEIGHT.

45 “HOW LONG”: What goes up must come down
When we throw an object UP and it returns to its initial position, the total displacement is…_________ Time of FLIGHT is duration of time object is in the air d = 0 DERIVE THE EQUATION FOR THE TIME OF FLIGHT

51 Distance-Time graph of Uniformly Accelerated Motion
What type of curve is this?

53 Speed-Time Graph of Uniformly Accelerated Motion
What information can we gain from the Slope of the velocity-time graph?

55 Distance-Time graph of an object moving at Constant Speed
This is a graph of d vs. t for an object moving with uniform motion. The speed is the slope of the d-t graph. CHECK Which line has the greater speed? Explain.

56 Graphical Analysis of Linear Motion
On the left we have a graph of velocity-time for an object with varying velocity; on the right we have the resulting distance-time graph. CHECK What can you infer about the motions of the object during periods 1 – 4? 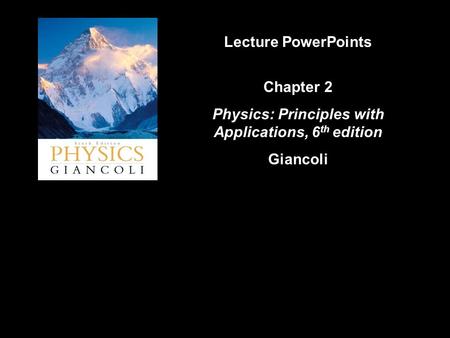 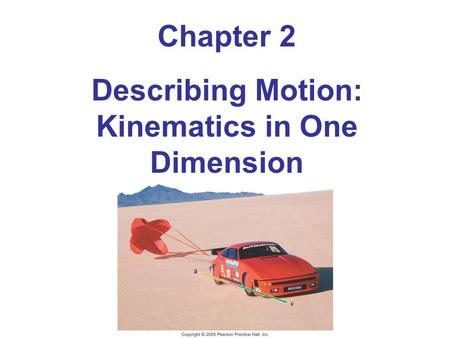 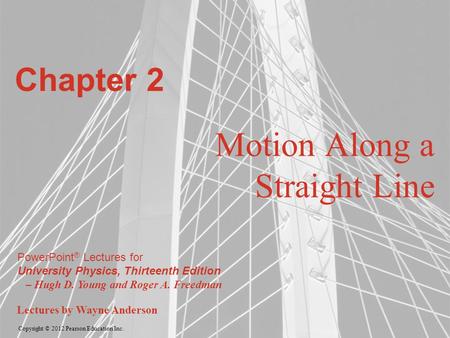 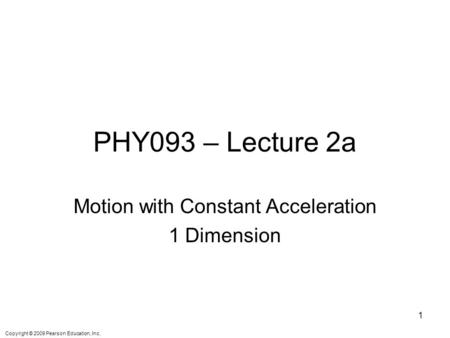 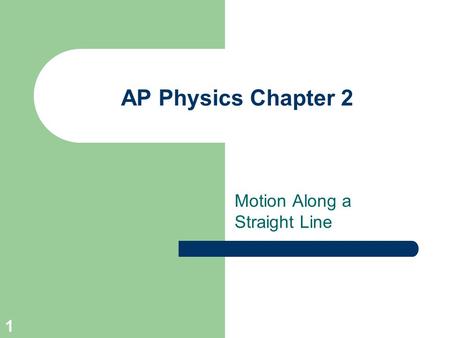 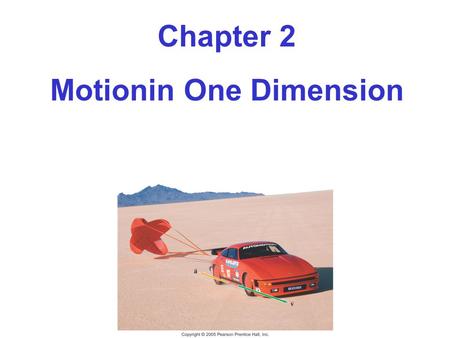