2 Biography: Though William Shakespeare is known throughout the world as one of the most famous playwrights in history, very little is know about his life story. What we do know comes from a collection of documents: Baptism records, court records, wills and marriage certificates. There are also a few anecdotes and criticisms from his rivals.

3 Biography: Shakespeare was born in 1564. No one knows the exact day of his birth, as we only have his baptism record from April 26 th 1564. Since it was the common practice in those days to have a child baptized three days after birth, we can guess that he was born three days earlier, but there is no conclusive proof.

4 Biography: William was born to John and Mary Shakespeare in Stratford Upon Avon. He had 7 siblings, only four of which survived to adulthood. John Shakespeare was a leather worker, and a prominent member of Stratford. He served on the town council in 1560, and passed his good business sense down to his son William (who was often described as a keen business man).

5 Biography: William’s mother Mary Arden married his father in 1557, and moved with him to Henley Street, where Shakespeare spent his early years. It is assumed that William attended King’s New Grammar School (as that was the local school); however there is no evidence of this fact. Also, there is no evidence that the playwright whose works are studied universally in Universities, ever attended one himself!

6 Biography: After school, the first paper trail evidence of William’s movements is a marriage certificate stating that 18 year old William married a 26 year old, pregnant Anne Hathaway. Barely 7 months later, in May 1583 they had his first daughter: Susanna. William would have 2 other children, Judith and Hamnet (twins) in 1592. Hamnet, William’s only son, died in 1596 at the age of 11.

7 Biography: After the birth of his children, there are twenty years of empty space in the record of William’s life. No one knows for sure what he was doing during these years. William is believed to have left his family to go into London to pursue his craft. He only returned to his family in 1609.

8 Biography: Record reveal that William revised his will on March 25 th 1616; one month before his death on April 23 rd 1616. His will is infamous because in it, he left almost all of his possessions to his daughter and actors from his plays, and only his second best bed to his wife Anne. Shakespeare was buried at the Holy Trinity Church in Stratford. His direct line of descendants ended 54 years after his death, when his daughter Susanna died in 1670.

9 Famous Last Words: William’s last words were inscribed on his tombstone as a warning of the curse placed on anyone who moved his bones.  Good friend, for Jesus´ sake forbeare To dig the dust enclosed here! Blest be ye man that spares these stones And curst be he that moves my bones. Luckily, the bones have remained safely at the church where he was buried since 1616.

10 Famous Works: Shakespeare’s first collection of his most famous poems was published in 1623, and is called the First Folio. There are only 250 copies known to still be in existence today. The folio, when first released in 1623, was sold for 1 pound. The copies still in existence today are worth 3-5 million dollars each, and are surrounded in controversy.

11 Famous Works: Some of Shakespeare’s most famous plays: Romeo and Juliet Macbeth Hamlet Mid Summer Night’s Dream The Tempest Othello The Taming of the Shrew Shakespeare was also famous for his sonnets and poetry.

12 The Globe Theater: Shakespeare and his company of actors created the Globe Theater in 1598, in London. The open air, octagonal theater was a revolution in architecture at the time. It could seat 3,000 people, and the stage was equipped with trap doors and rigging for stage effects. In 1613, the original Globe burned down because of a cannon shot during a performance. The Globe remained a ghost for 352 years, until 1989, when the foundation was discovered and rebuilt. It reopened in 1997, and is still producing plays today.

13 Romeo and Juliet: Written in the 1590’s and first published in 1597. One of the most famous love stories in the world. Romeo and Juliet has become a major part of modern culture, and has shown up in TV, movies, and music.

14 Julius Caesar: Believed to have been written in 1599, and first published in the first folio. Although named Julius Caesar, he is not the central character in the play. Many of the quotes, themes, and relationships present in Caesar have invaded our modern culture through movies, music, and television. 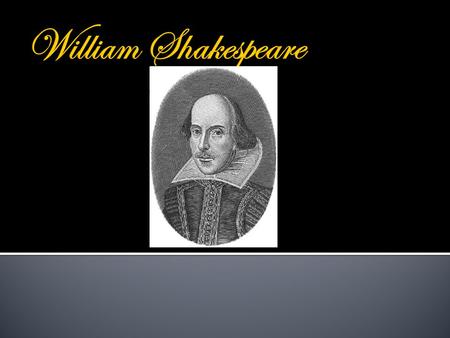 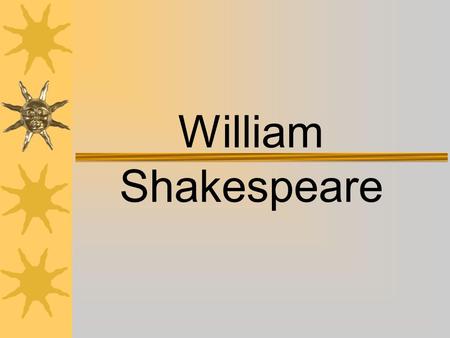 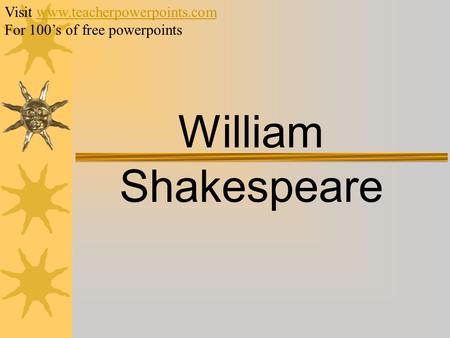 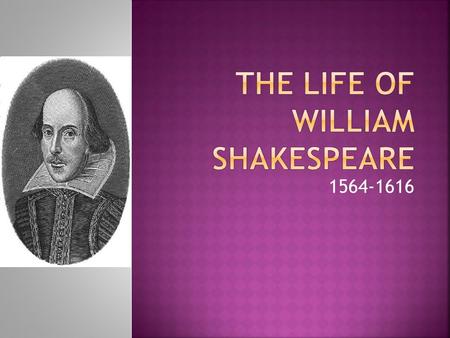 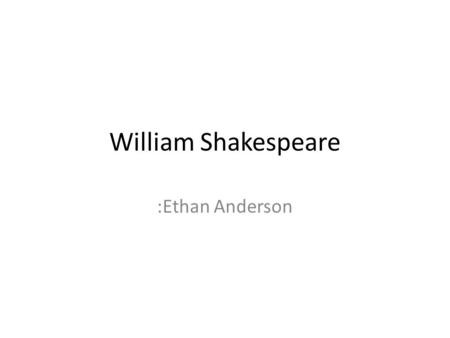