2 Solar System The sun and all the objects that orbit around it. 2

3 The Sun The sun is the biggest, brightest, and hottest object in the solar system. The sun is an ordinary star. The sun is made of about 70% hydrogen and 28% helium.

4 Orbit A path that an object takes as it moves around the sun. 4

5 Planet A large body of rock or gas that orbits around the sun. 5

6 Asteroid A large piece of rock or metal that orbits the sun. 6

8 Comet A ball of dust and ice that orbits around the sun. 8

9 The Sun Center of solar system A star – ball of hot glowing gas
Very hot and large All the planets orbit around it. 9

10 Name the 4 inner planets in order from the sun.
Mercury Venus Earth Mars 10

11 Name the 5 outer planets in order from the sun.
Jupiter Saturn Uranus Neptune 11

12 How are the inner planets the same?
Smaller and warmer Have rocky surfaces Have no more than 2 moons 12

13 How are the outer planets ?
Made mostly of frozen gas Larger and colder Have more than 2 moons 13

14 Mercury Mercury is solid and is covered with craters.
Mercury has almost no atmosphere. Mercury is the eighth largest planet.

15 Venus Venus is the sixth largest planet. It’s about three-fourths the size of earth. The surface is rocky and very hot. The atmosphere completely hides the surface and traps the heat.

16 Earth Earth is the fifth largest planet and the third from the sun.
Liquid covers 71 percent of the Earth’s surface. The Earth has one moon.

18 Mars Mars is the fourth planet from the sun.
Mars has a thin atmosphere that contains mostly carbon dioxide. Mars has two small moons.

21 Jupiter’s Red Spot The Great Red Spot, a huge storm of swirling gas that has lasted for hundreds of years. Jupiter does not have a solid surface. The planet is a ball of liquid surrounded by gas.

22 Saturn Saturn is the second largest planet and the sixth from the sun.
Saturn is made of materials that are lighter than water. If you could fit Saturn in a lake, it would float!

23 Rings of Saturn Saturn’s rings are not solid; they are composed of small countless particles. The rings are very thin. Though they’re 250,000km or more in diameter, they’re less than one kilometer thick.

24 Uranus Uranus is the third largest planet and the seventh from the sun. Uranus is one of the giant gas planets. Uranus is blue-green because of the methane in its atmosphere.

25 Neptune Neptune is the fourth largest planet and the eight from the sun. Because of the orbits, from 1979 to 1999, Neptune was the ninth planet. Like Uranus, the methane gives Neptune its color.

27 When is a comet visible from Earth?
A comet is visible when it passes close to the sun. 27 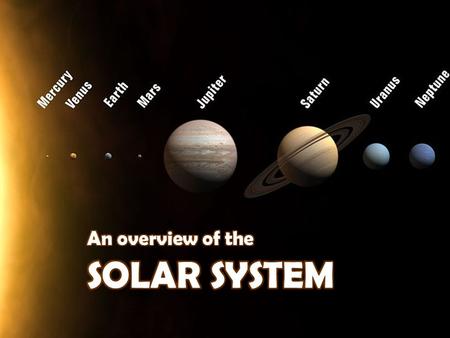 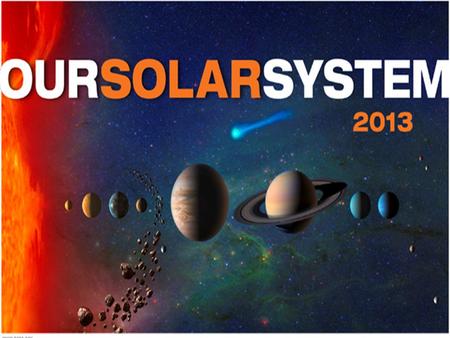 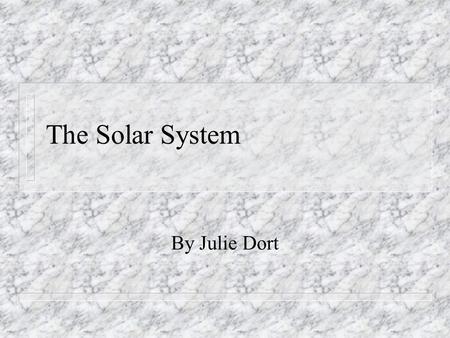 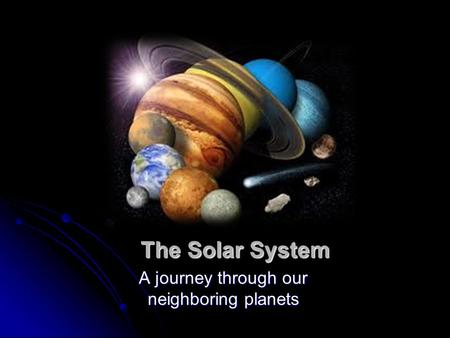