4 Edgar Allan Poe was a mad (crazy) man. His mother died when he was only two years old. Poe’s mom’s name was Elizabeth Poe…To Poe she was a wonderful woman…Then he saw her death at that moment Poe went mad! Later on in life Poe went to the University of Virginia in 1826. He joined the army in 1927. He made Sargent major in 1929!! He went to west port as a cadet in 1830.

5 Poe published his 1 st poem in 1931wich is now known has “The Assignation,” He married his cousin when she was only 13 years old her name was Virginia!! On October 7 th the year of 1849 in Philadelphia Edgar Allan Poe lost his life! There are many theory’s on his death! But no one will ever no what really happen to Poe!!! 

6 My theory on Poe’s death is quiet what everyone believes. Poe died of a weak heart from such abuse from the elections. Poe’s heart gave out. And Poe collapsed and there for he died! 

7 The way Poe talks with such poetic literature is AMAXING!!! The Raven talks about “nevermore” and Poe has no clue what it means so he gets furious and Raises his voice with such rage you can tell he is angry. He wrote the story about his beloved wife Virginia but yet he turns her into the character Lenore! The word he uses make the story believable and interesting like (Dreary and Quaint) But hi says them with such passion!

8 Poe has amazing talent, he is pure genius, he knows how to tell a story with feelings he has towards what he felt about that person or event!! The Raven kept quoting “Nevermore” has Poe was quoting “Lenore”…..His words where amazing he knew exactly how to impress someone with words! No WONDER why Poe became a one time favorite selling author. 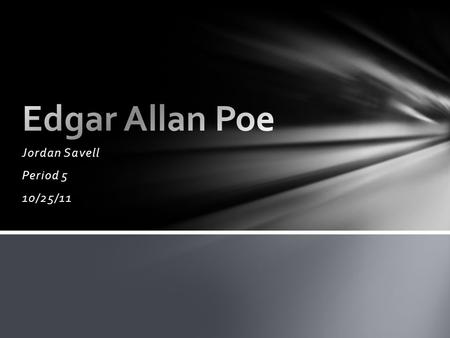 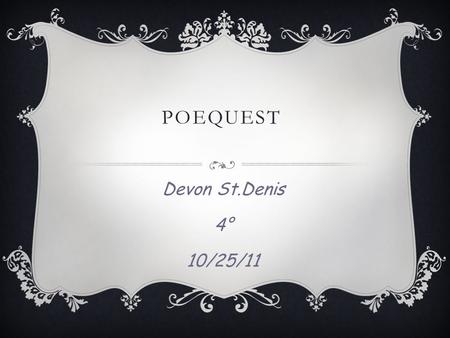 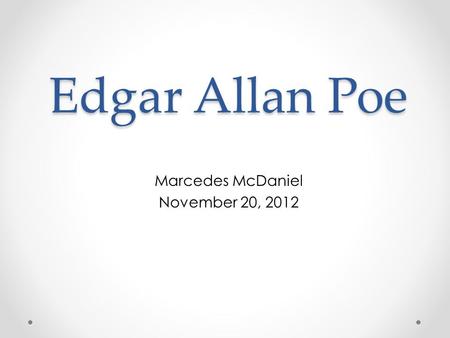 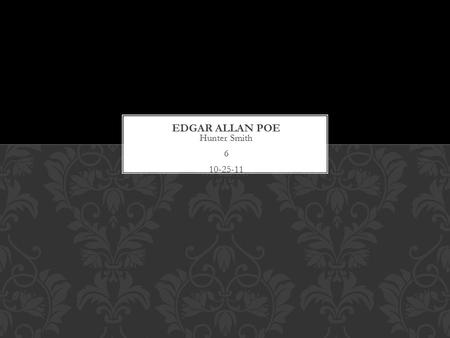 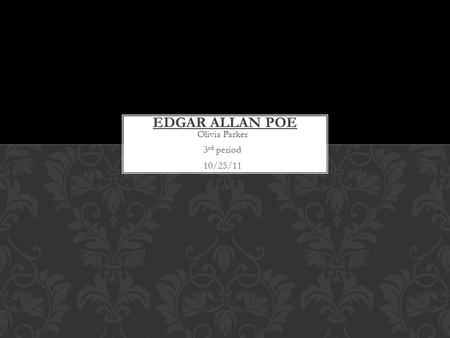 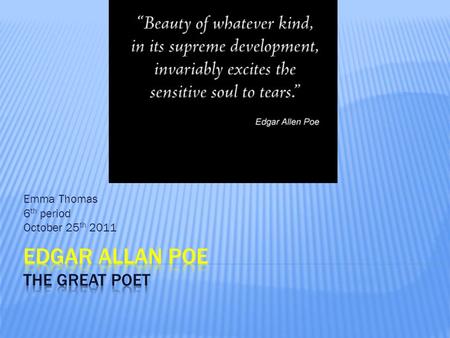 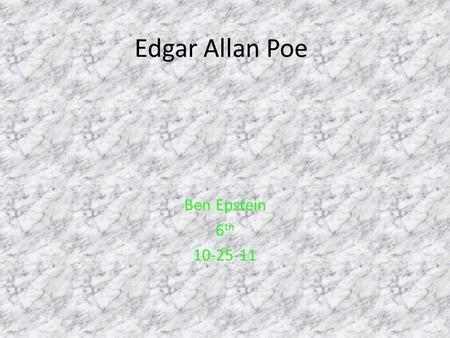