3 Introduction So far we have discussed the law between states.
Now, we will discuss the responsibility that states have towards individuals. Our notions of morality, justice, ethics, are undoubtedly a part of human rights law. The goal of human rights law is to show that the human right comes from a legal source.

4 States obligation What human rights should states have to guarantee? Due process? Free education? How are human rights different by culture? Do any universal rights cross social, economic, or political boundaries?

5 In practice Human rights law operates to refrain states from harming its own nationals. In this regard, do consider the International Criminal Court. Yet, as with other international laws, enforcing human rights within a country often lacks teeth.

6 In practice For example, the international community could do nothing in Tiananmen Square (1989). But China did face bad publicity and curtailment of diplomatic and economic ties, which may deter similar conduct in the future. Generally, the law of force and the rules of war, negates some of the human rights we take for granted.

7 International Bill of Rights
The U.N. Charter's preamble reaffirms a “faith in fundamental human rights” and likewise article 55 mentions universal respect for human rights for all without distinction as to race, sex, language, or religion. So this shows the intent of countries to recognize human rights as valid law.

8 Universal Declaration of Human Rights
Made in 1948 – as a resolution, it is not legally binding. However, it may be the basis for customary law. It is very broad and idealistic. This may be the starting point for discussion on human rights law.

9 The International Covenant on Civil and Political Rights 1966
Entered into force on 1976 and as of 2012, 167 countries are parties to the treaty. More specific than the Universal Declaration, some laws like the prohibition of torture, the prohibition of slavery, the right to peaceful assembly, etc. are found.

10 International Covenant on Civil and Political Rights
Article 7 prohibits torture and cruel punishment – what should this mean? Article 8 prohibits slavery and forced labor Article 11 prohibits imprisonment for breaching a contract (no derogation) Article 17 mandates right of privacy Article 4 – allows derogation from some parts during war but there is no derogation for some rights like freedom of religion.

11 The International Covenant on Economic, Social and Cultural rights
This treaty is the counterpart to the Covenant on Civil and Political Rights Entered force in 1976 and as of 2012, there were 160 parties to the treaty This treaty is more promotional than mandatory since it deals with economic rights, which are relative by nation.

13 European Convention on Human Rights and Fundamental Freedoms
European treaty entered force in 1953 with 47 parties as of 2012 Similar to the International Convention on Civil and Political Rights Many European nations have incorporated the treaty into their national law.

15 Enforcement Mechanisms for Human Rights Conventions
For genocide or crimes against humanity, the ICC is an option. Other wise, members of the treaties are bound to submit reports every 5 years. A committee is to examine the reports for violations and place a burden on the state to meet its obligations. The committee’s function is seen as supervisory rather than investigatory.

16 Other Conventions and Actors
U.N. Human Rights Council – 47 member states responsible for promoting human rights around the world. Israel has been condemned by 50 resolutions since the creation of the council in 2006 – more than the rest of the world combined. International Convention on the Elimination of All Forms of Racial Discrimination 1966

20 Issues in Human Rights Today
Democracy (Does it work in China or Russia?) Racism (Why is race always an issue in the U.S.? How much does it play a role in life?) Women’s Rights (When will there be equality? Is it a big issue in Korea?) The Internet (Should it be government regulated to give equal access to everyone?) Privacy (How much can firms and Governments known about us?) 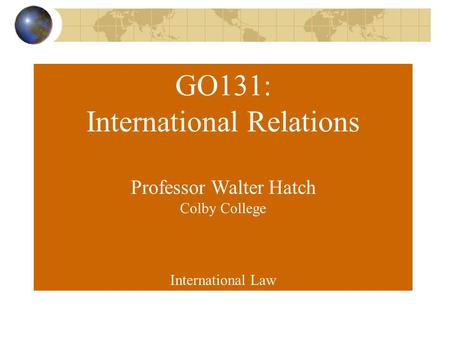 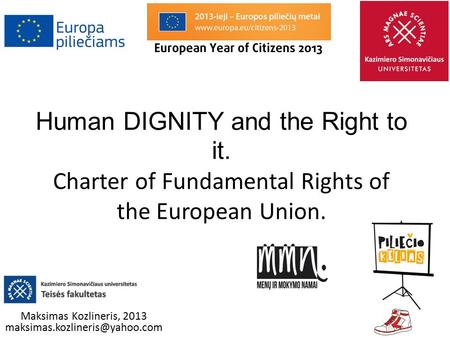 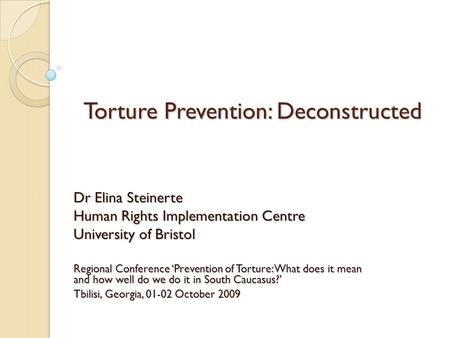 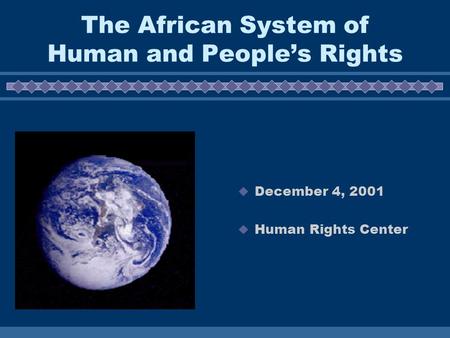 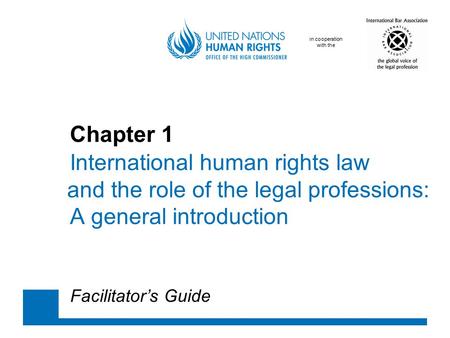