Presentation on theme: "Prostate Cancer Int. 洪 毓 謙. Prostate cancer is the Second leading cause of death from cancer in the United States American male, the lifetime risk of:"— Presentation transcript:

2 Prostate cancer is the Second leading cause of death from cancer in the United States American male, the lifetime risk of: 1. Developing prostate cancer is 17% 2. Dying of prostate cancer is only 3% Autopsy - small prostatic carcinomas: 64% of 60 to 70 years of age Screening: 1. Digital rectal examination 2. PSA level(< 4.0 ng/Ml) if abnormal →Transrectal ultrasonography to guide Prostate biopsy

5 Prostate cancer screening has been a controversial issue because the effectiveness of screening remains uncertain. No studies have yet proven a survival benefit with screening

6 Gleason Score → assigns a grade to each of the two largest areas of cancer in the tissue samples. → The two grades are then added together to produce a Gleason score 2 to 4 ~ low grade 5 to 7 ~ intermediate grade 8 to 10 ~ high grade

8 RADIATION THERAPY (External Beam) Does not require hospitalization and normal activity can usually be maintained during the course of therapy. Cure rates appear to be comparable with Radical Prostatectomy(RP), at least for the first five to eight years Late recurrences can occur. As a result, ten years or more after treatment, the outcome with RT may not be as favorable as with RP. However, the available data on this issue using modern radiotherapy techniques are limited.

10 Brachytherapy High dose rate (HDR) temporary brachytherapy: A computer-controlled machine pushes a single highly radioactive iridium seed into the catheters one by one. Because the computer can control how long this single seed remains in each of the catheters, we are able to control the radiation dose in different regions of the prostate.

Download ppt "Prostate Cancer Int. 洪 毓 謙. Prostate cancer is the Second leading cause of death from cancer in the United States American male, the lifetime risk of:" 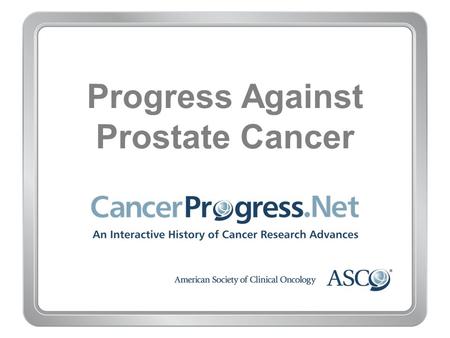 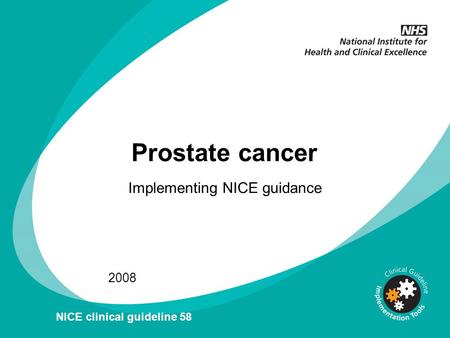 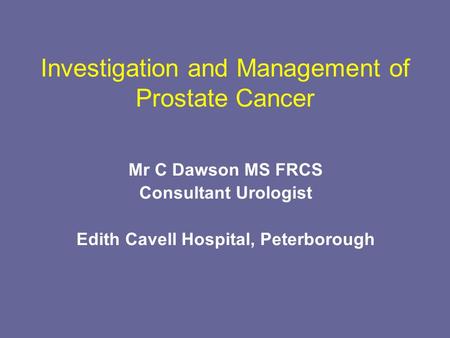 Investigation and Management of Prostate Cancer 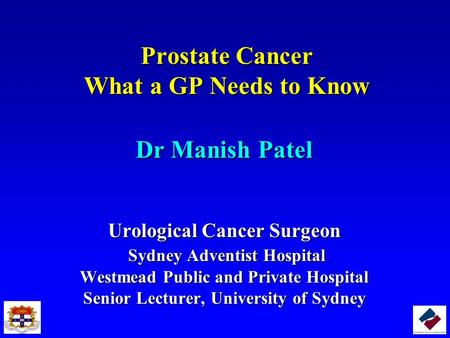 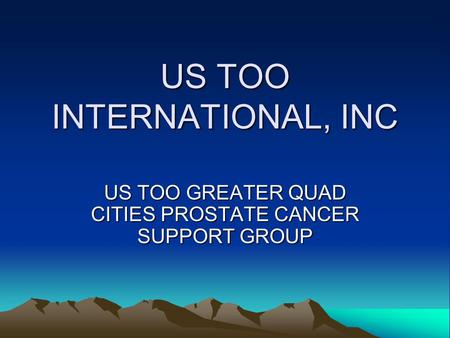 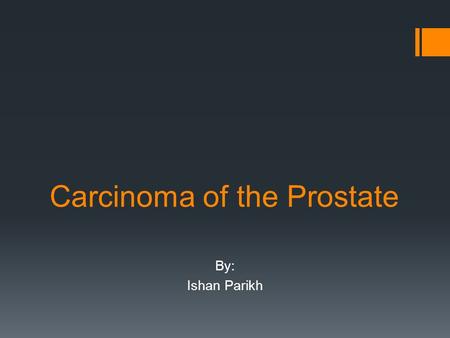 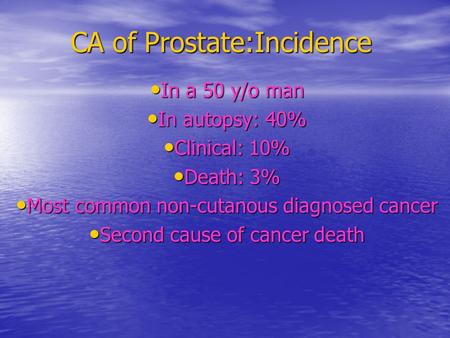 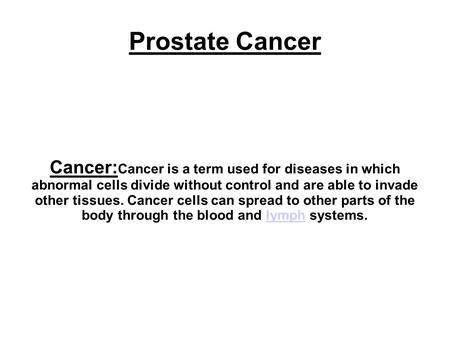 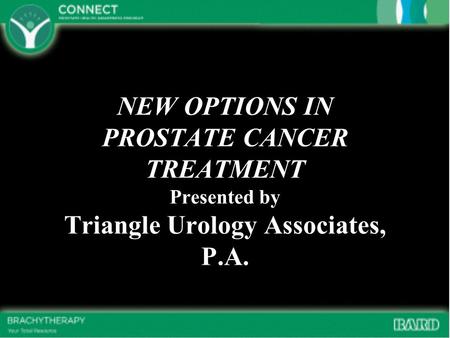 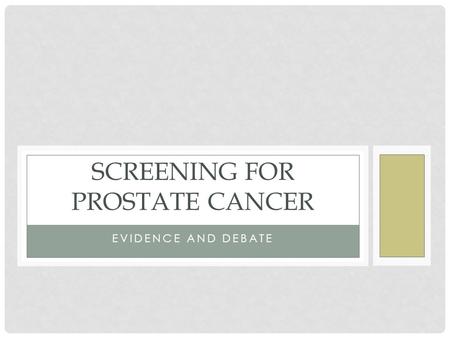 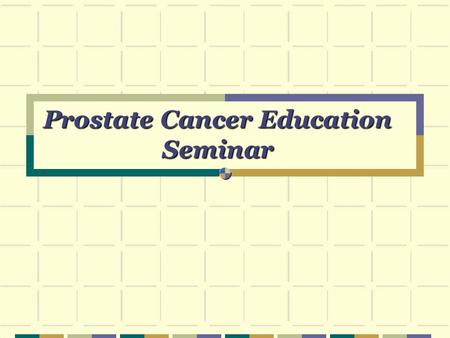 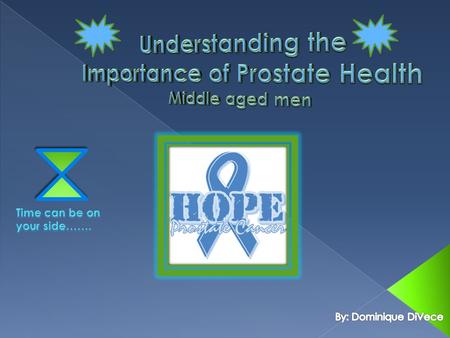 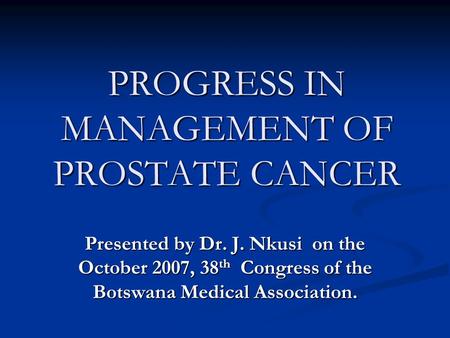 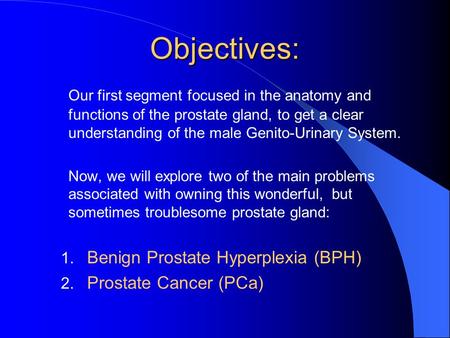