2 The History of Voting Rights
Constitution purposely left the power to each State. Suffrage means the right to vote. (Franchise) Electorate is all of the people entitled to vote. Initially, only white male property owners could vote.

9 Civil Rights Act of 1964 Discrimination Voting Rights Injunctions
Court orders that either force or restrain specific acts. Selma, Alabama Violent response of civilians and police and state troopers showed that the Civil Rights Acts of 1957, 1960 and 1964 were still not enough to ensure voter equality. 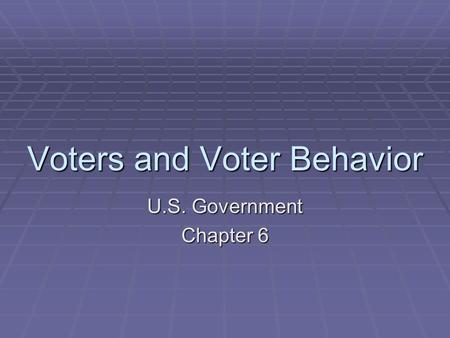 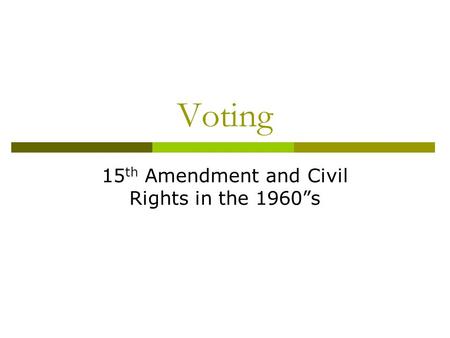 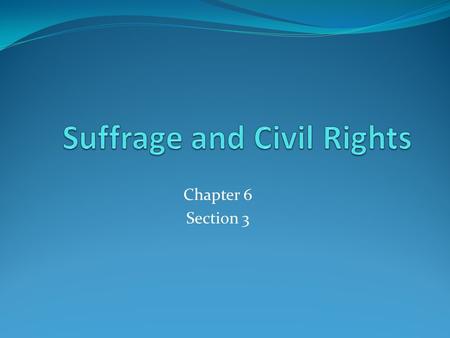 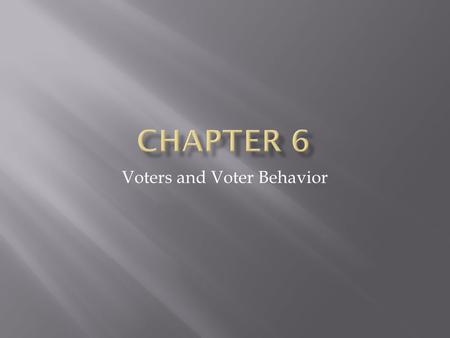