5  It has been suggested that the intraoperative use of opioids during general anesthesia may determine the development of post-anesthetic complications among morbidly obese patients.  Fentanyl, Alfentanil and Remifentanil will be compared in terms of post op recovery in the morbidly obese.  Not many studies have been done comparing these drugs in relation to morbidly obese post op recovery.

12  Morbidly obese subjects with BMI >50 or with co-morbidities influencing the respiratory drive (sleep apnea syndrome, Pickwickian syndrome) were excluded from the study.  3 patients in the Alfentanil group were excluded because of incompletely collected data.

14  Rates of infusion was changed based on cardiovascular parameters.  Fentanyl 5 mcg/kg then 0.05 mcg/kg/min  Remifentanil 1.0 mcg/kg/min  Alfentanil 1.5 mcg/kg/min  All other anesthetics were given in all 3 groups following the same pattern (propofol gtt, 50% Nitrous Oxide in oxygen, Cisatracurium for muscle relaxant).  Monitors used were NIBP, pulse ox, ETc02, Propofol titrated to BIS level between 40 and 60.

18  Analysis included the Shapiro-Wilk test, Student t-test, Cochrane-Cox test and the Wilcoxon test (AKA the Brandon Wilcox test).  To confirm the differences between the groups, ANOVA test was preformed.  The results of statistical analysis were presented as mean values with two-sided P values. P <0.05 were considered significant.

19  Group R had the best “recovery profile”(duration to achieve required stages of post-anesthesia recovery and discontinuation of Propofol) and Group A and F were similar.  Duration to spontaneous respiration, adequate respiration and safe extubation were significantly shorter in group R compared with group F.

20  Evaluation of early postoperative pain and requirement for analgesics revealed that right after anesthesia, more patients in group R felt disturbing pain (25%) than group F (4.5%).  The number of patients who felt mild pain was similar in all groups (range 45-46.7 %).  None of the groups felt strong or severe pain.  Post op N/V occurred more often in group R (30% compared to 20% in group A and 14% in group f).

21  Cardiovascular parameters (heart rate and BP) during the post-anesthesia period remained within acceptable limits and did not differ from levels before operation.  Blood oxygenation > 94%, p02 > 60mmHg, and pC02 stayed between 35 and 45 mmHg  No respiratory complications were observed in the postoperative period.

22  Obese patients are sensitive to all central depressant drugs, with upper airway obstruction or respiratory arrest occurring with minimal doses of opioids.  Remifentanil dosage is more flexible than fentanyl and Alfentanil and can be based on changes in cardiovascular parameters.  This allows for immediate reaction and increase in doses that does not lead to accumulation and prolonged action which is accompanied by residual respiratory depression.  This makes Remifentanil the choice opioid for patients at high risk for respiratory complications.

24 Strengths The studied groups were similar in demographic profiles and duration of the procedure. Randomized double blind study The anesthetics given in all three groups followed the same pattern.

25  Small sample size of only 60 patients.  Doses of Morphine could have influenced results especially in the Remifentanil group.  More research needs to be completed related to higher ASA classes with co- morbidities influencing the respiratory drive.

26  Morbidly obese patients with BMI <50 and without co-morbidities influencing respiratory drive can be safely anesthetized with Alfentanil or Fentanyl.  The advantage of Remifentanil, which is the better recovery profile, is altered by the higher rate of PONV and more difficult post op pain management. 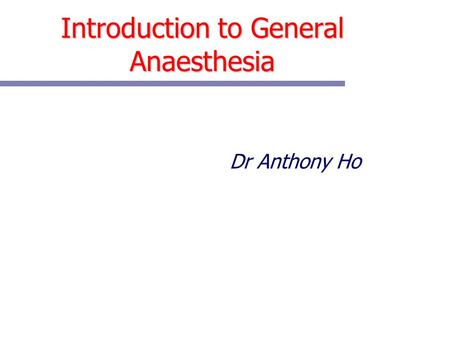 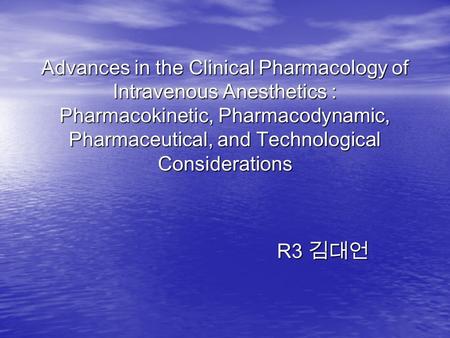 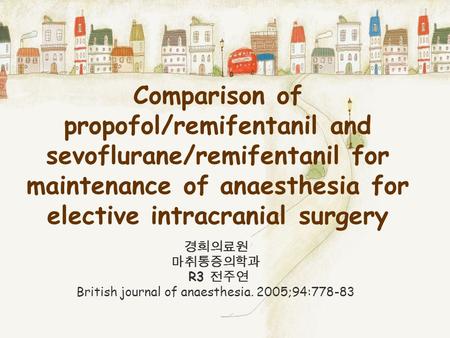 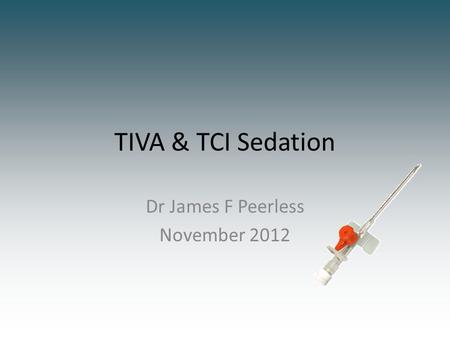 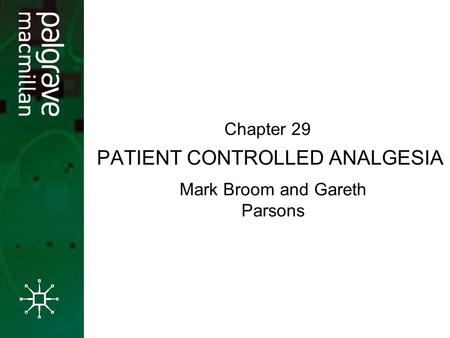 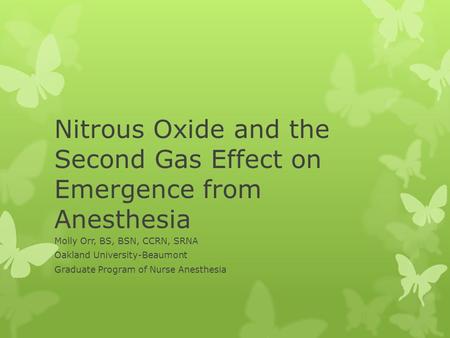 Nitrous Oxide and the Second Gas Effect on Emergence from Anesthesia 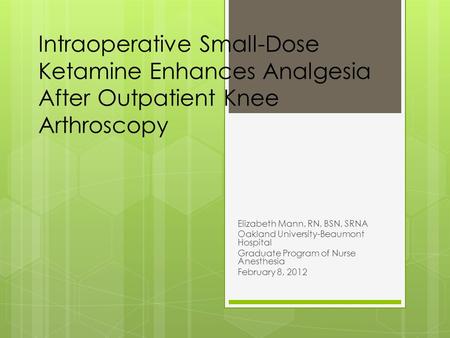 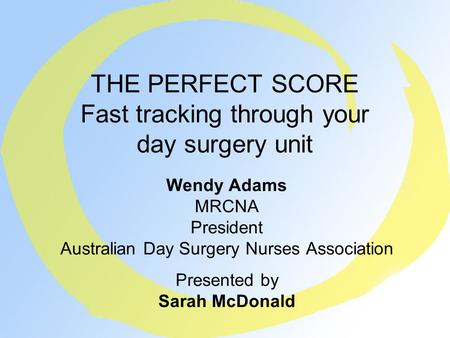 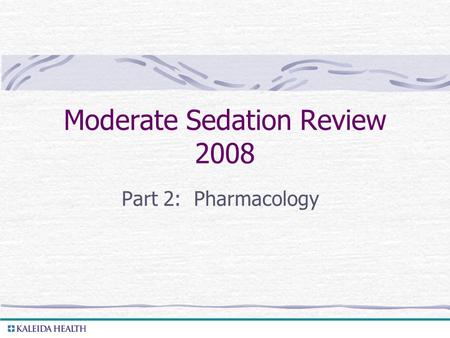 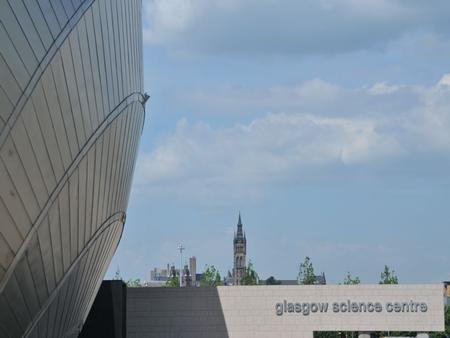 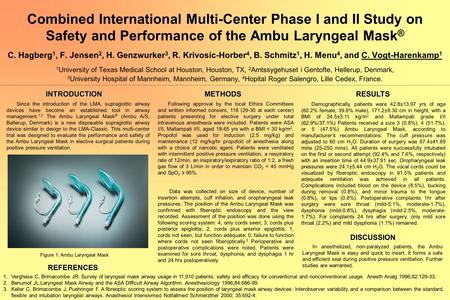 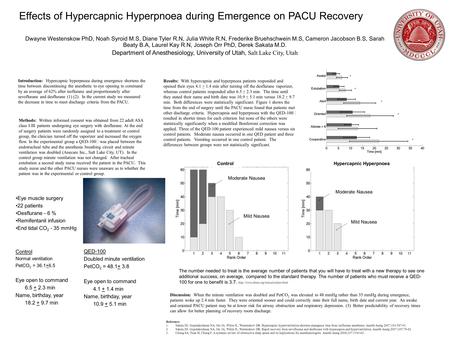 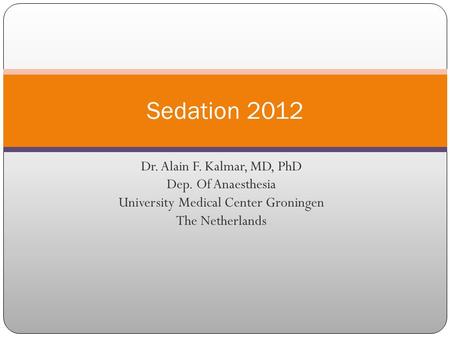 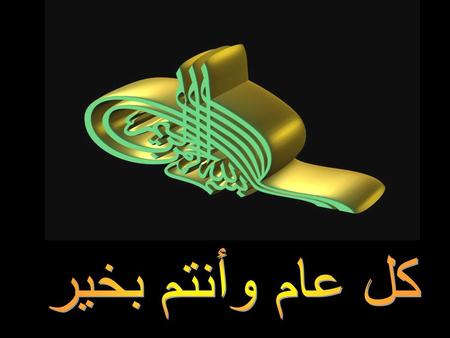 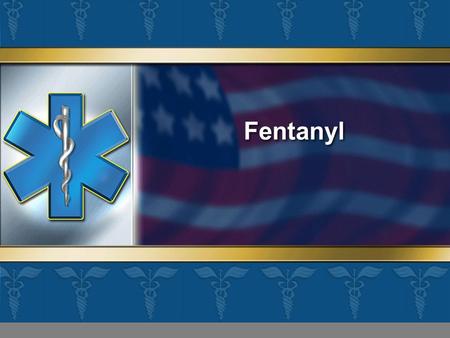 Fentanyl. Fentanyl Basics  First synthesized in Belgium in the 1950’s for anesthesia  Trade Name “Sublimaze”  It is a potent synthetic narcotic with. 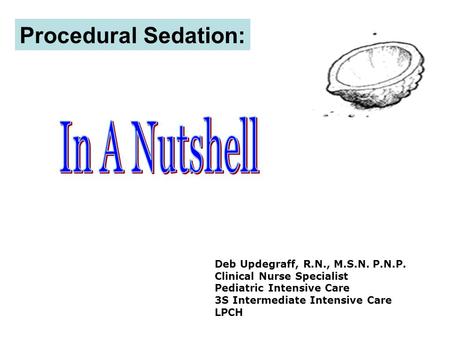 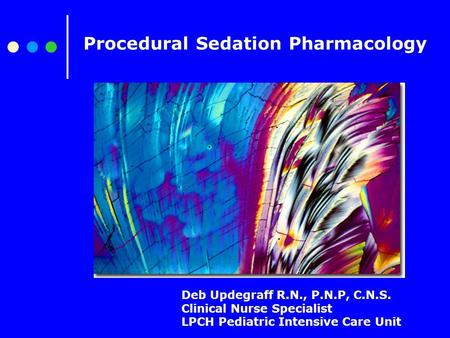 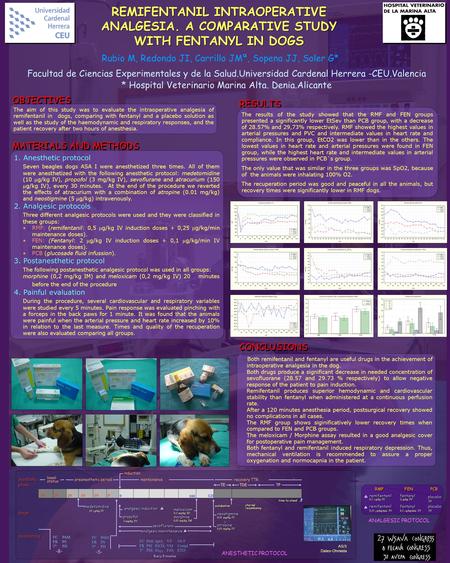 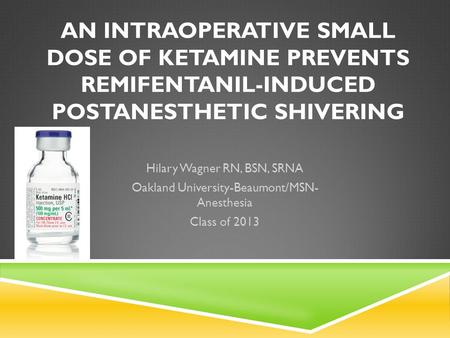 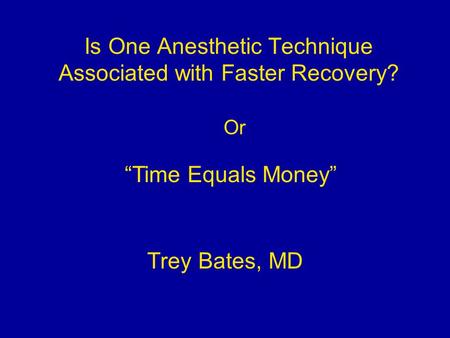