Presentation on theme: "The Brain How is the brain structured? How are the parts connected?"— Presentation transcript:

1 The Brain How is the brain structured? How are the parts connected?

3 Three major components: –Brainstem –Simplest part of the brain; connects it to the spinal cord –Substructures »Medulla: Controls breathing and heartbeat »Pons: Relays messages between cortex and cerebellum »Midbrain: controls certain reflexes –Cerebellum –Largely responsible for directing controlled motor movements; the part of the brain that sends signals directly to your muscles. –Cerebrum –What we’re really interested –Contains all the brain structures associated with what we thinnk of as “cognition

4 Several important minor structures Thalamus: Primary sensory switching station; all the senses except olfaction first send signals here. Amygdala: Regulates emotional responses Basal ganglia: Seems to serve as a kind of executive control that mediates between cognition and action (motor movements) Hippocampus: Involved in the formation of memories Corpus callosum: Pathway that the vast majority of signals use to travel from one hemisphere to the other.

6 Cortical structure Four major lobes: –Occipital: Back of the head; visual processing –Temporal: juts downward from the occipital lobe; auditory processing, including language; involved with memory –Parietal: Top of the brain from the occipital lobe forward to roughly the midpoint; largely responsible for attention and spatial processing; touch –Frontal: The forward half of the brain; higher cognitive functions and motor preparation

Download ppt "The Brain How is the brain structured? How are the parts connected?" 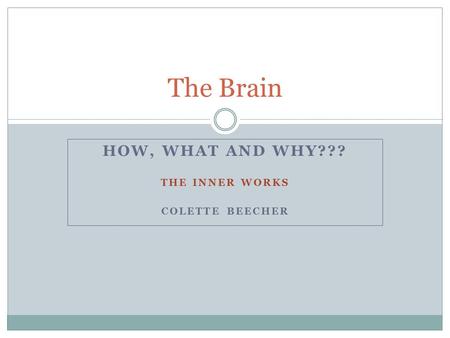 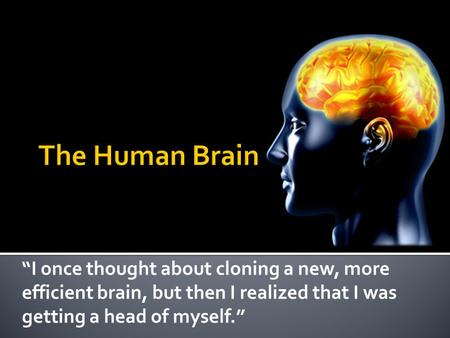 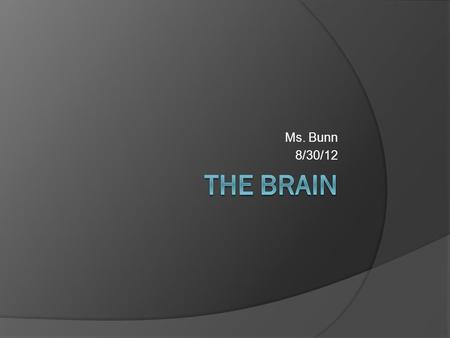 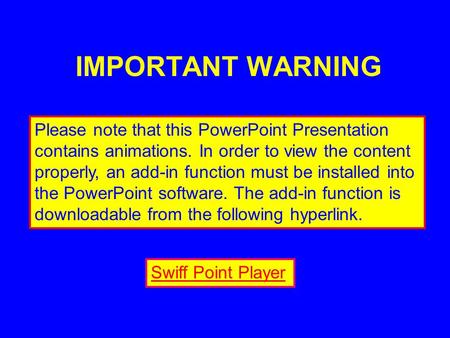 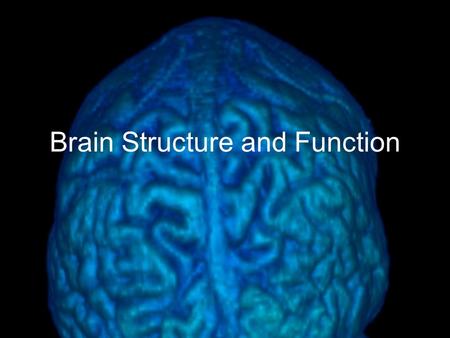