4 Structure and Function of the Neuron
Neuron is the scientific name for a Nerve Cell. Neurons consist of 3 basic structures: Cyton, or cell body. Dendrites- receive messages, impulses, and send them to the cell body. Axons- send messages away from the cell body. Nerve impulses travel from one neuron to another across synapses, or spaces in between the cells. The “jumping across” the synapse is facilitated (helped) by chemicals called Neurotransmitters. *

5 Parts of the Neuron Dendrites – Branched parts of a neuron that receive impulses from other neurons. Cyton- Contains cytoplasm and the nucleus. Impulses pass through here to the axon. Axon- Single long fiber that carries impulses away from the cell body. A Neuron *

9 Reflexes Stimulus- a change in the environment.
Response/Reaction- how the body reacts to a stimulus. Reflex Arc- the pathway that an impulse follows to illicit a response to a stimulus. *

11 The Brain Coordinates body activities
Made up of approximately 100 billion neurons Uses 20% of bodies oxygen and energy Divided into three major parts- the Cerebrum the Cerebellum the Brain Stem (Medulla Oblongata, Pons)

12 Cerebrum Largest part of the brain Thinking Memory is stored
Movements are controlled Impulses from the senses are interpreted.

18 Medulla Center of heart beat, respiration, and other involuntary actions * 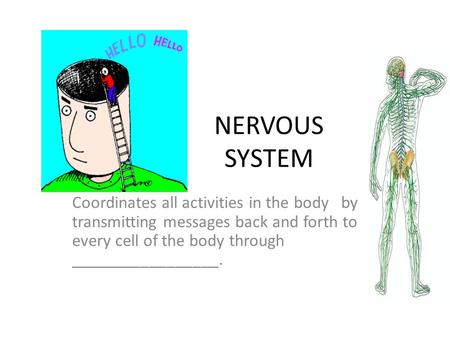 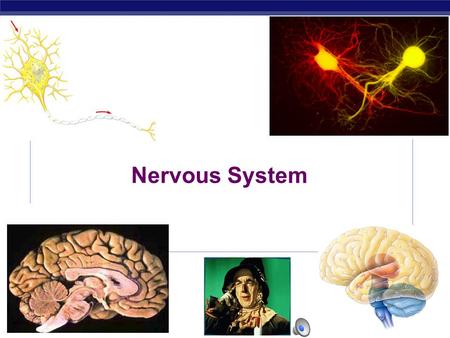 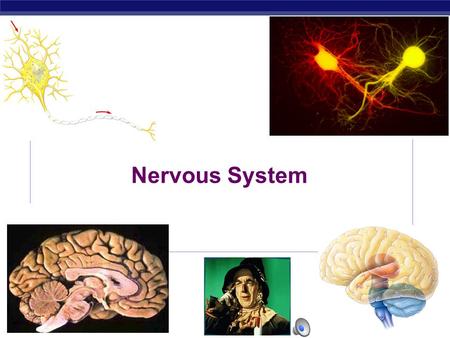 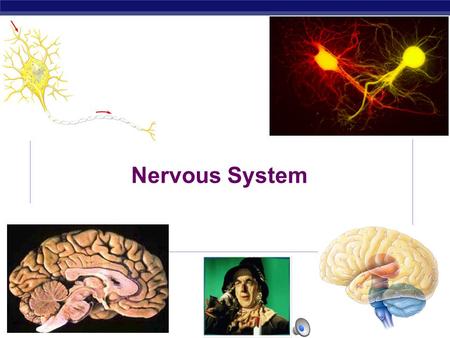