Presentation on theme: "Ch 1 Notes (Pgs 8-13) “Unlike Any Other”. 1. In Luke 5:4, Jesus invited some people to “put out into deep water.” When we say that Jesus is inviting you."— Presentation transcript:

3 2. Today, we experience Jesus and learn about Him through the Church because Jesus founded the Church and sent the Holy Spirit upon it. So, we are able to respond to Jesus’ invitation and come closer to him by being faithful members of the Church.

4 3. The good news that Jesus came to share comes to us not only in Sacred Scripture (the Bible) but also in the Church’s living witness and tradition.

5 4. What is the purpose of our textbook (and of our course)? To help us enter more deeply into Sacred Scripture, which is the New Testament.

6 5. The 3 ancient non-biblical writers who testify to the fact that Jesus was a historical figure are Pliny the Younger, Tacitus, and Josephus.

7 Where did Jesus live? Nazareth Of what religion and culture was Jesus? Jewish At the time of his birth, Jesus’ country was part of what empire? Roman Empire

8 What political position did Pliny the Younger hold? Roman governor of in a province of Asia Minor.

12 What was Tacitus’ position(job)? Historian

14 In his Annals, Tacitus wrote about what great event for which the Christians were blamed? Great fire in Rome during the reign of Nero. What important fact do we learn from this short passage from Tacitus’ Annals? Tacitus said that Christians got their name from Christ, who during the reign of Tiberius, had been executed by procurator Pontius Pilate.

16 The Jewish historian who wrote about Jesus was Josephus. This information is found in his work called the Antiquities of the Jews.

18 Why do we say that this Jewish historian had no reason to lie about the facts about Jesus of which he writes? He was not a Christian and had no reason to stand up for them or protect their identity.

19 What very important conclusion can we make from these historical accounts of Jesus? The NT rests on the fact that Jesus existed and that he made an impact on history.

20 Group Activity Group A: Pliny the Younger, who is hoping for a promotion, consults the emperor Trajan about ways to deal with the “fanatic followers” of Jesus. Group B: Tacitus interviews people n the street about who they believe started the great fire that nearly destroyed Rome. Group C: Josephus and his assistant researchers present their findings about Jesus.

21 Pgs 12-13 As Christians, our roots go back to the apostles, because what they passed on to the other disciples has been faithfully preserved for all time by the Church.

22 The (early) Church Community passed on the truth of Jesus through Oral Tradition. This terms means that what the apostles experienced and learned from Jesus were passed on by word of mouth.

23 What are 4 reasons why the earliest members of the Church did not write down anything official about Jesus? Not highly educated--Were not practiced in the art of writing Committed words and ideas to memory Many of the apostles were still alive and did not think to officially record anything. They expected Jesus to return soon.

24 Besides oral tradition, what were some of the other ways people expressed their faith in Jesus? Sang songs/hymns about Jesus Wrote creeds/statements of their belief Collected saying of Jesus

25 What are the 2 major reasons why the early Church began to write down officially what had been passed on orally about Jesus? The original apostles began to die People realized that the second coming of Jesus may not happen right away

26 When did the first official writings begin to appear? About 20 years after the resurrection of Jesus

27 What were these first writings? By whom and to whom were they written? Letters written by Saint Paul to various Christian communities

28 What other writings began to appear about 15 years later? Gospel accounts

29 How did the early Christians understand the Old Testament as it related to the New Testament? They understood it as a completion and fulfillment of what had come before.

30 From the Catholic ID section, what does “divine revelation” mean? God making himself known to us. What are the 2 ways this revelation happened? Passing on of tradition and the writing of Sacred Scripture over a long period of time. Through Jesus Christ

31 The Bible is made of two major parts; they are the Old Testament and the New Testament.

32 The word bible comes from a word which means “the books.”

34 When we use the word “testament”, it is used as another word for “covenant.” The “old” one was made through the person of Moses, and the “new” one was fulfilled in the person of Jesus.

35 The other term for “Bible” which is generally used is Scripture, or Sacred Scripture

36 As Catholics, we believe that the Scriptures do not stand alone, but that, along with Tradition, these two make up a single sacred deposit of the word of God. 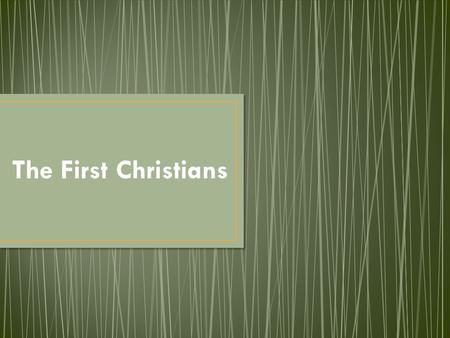 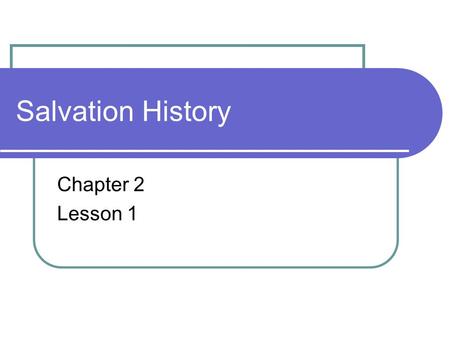 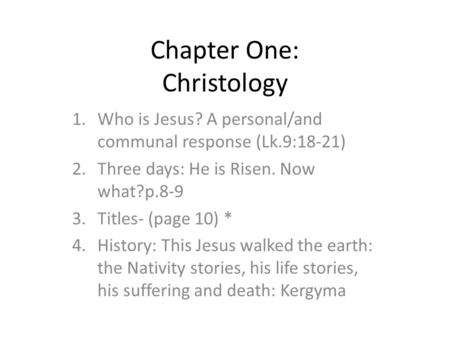 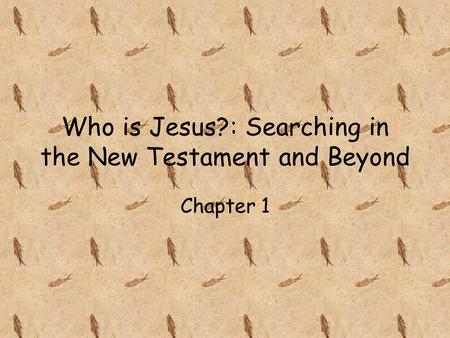 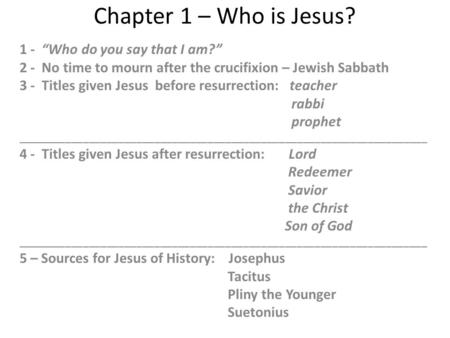