3 BibleNT2 OT and NT: the story of God’s salvation The OT ends with the Jews living under foreign rule. The Jews longed for the coming of a new king (the messiah) who would restore their national fortune (Haggai 2:20-23). => Religio-political and collective salvation The NT begins with the Jews being ruled by the Roman Empire. Some Jews believed that Jesus was the long awaited king and they were the first Christians. The NT tells the story of how this new “king” rules the hearts of his followers in a spiritual kingdom (the kingdom of God), the church (Luke 17:21). => Spiritual and personal salvation.

7 BibleNT6 Problems faced by early Christians Problem of Identity –What is the relationship between Jews and Christians? (or between Moses and Christ, or Judaism and Christianity) Theological Problems –Is Jesus just a man, a half-god half man, a god? –Why is Jesus late in returning to earth? Organisational Problems –How should the Church be organised? Political Opposition –How to face persecution from the Roman government?

9 BibleNT8 What is a gospel? Not a biography. A literary form used to announce great events in the life of the emperor. Borrowed by gospel writers to announce the arrival of salvation through the person and work of Jesus of Nazareth. The earliest gospel (Mark) begins with adult Jesus at about 30 and ends with his resurrection.

10 BibleNT9 The phenomenon of synoptic Gospels Why are the first three Gospels so similar? What is the literary relationship among them?

13 BibleNT12 Other NT writings Hebrews - to Jewish Christians: do not return to Judaism because of persecution James - good work is as important as faith 1 & 2 Peter - encouraging the suffering Christians to face persecuation 1, 2 & 3 John - the message of love Jude - warning against false teachers Revelation - how to face Roman persecution

14 BibleNT13 Overview of this lecture All NT writings were produced to address specific needs of the earliest Christians. The Gospels are good news and not biographies. The similarity of Synoptic Gospels (Matt., Mark, and Luke) is best explained by the two-source hypothesis. The Acts of the Apostles addresses issues of Christian relationship with Jews, nature of the Christian movement and the cause for the expansion of the church etc. Paul wrote to tackle theological, disciplinary and organisational issues faced by the early churches. Other letter writers addressed the issues of religious persecution and signs of heretic development in the church. 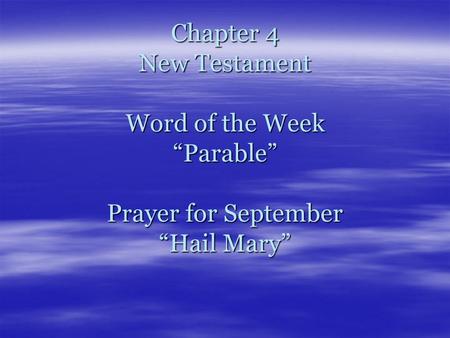 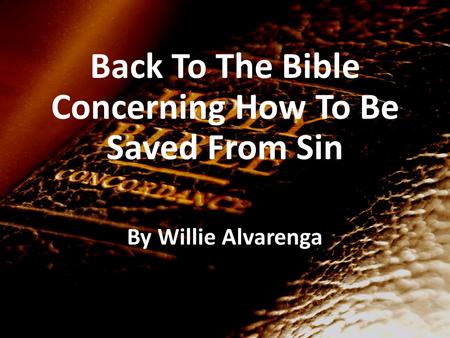