2 ACCRETION OF EARTH As accretion built up the Earth to its present mass, it heated up owing to: –radioactive decay of unstable isotopes –kinetic energy from impacts Heating melted Fe and Ni which sank to the center forming the core. Subsequent cooling permitted solidification of remainder to form mantle of roughly Mg-Fe- silicate composition. Crust, hydrosphere and atmosphere formed from upper mantle during the early history of Earth.

3 THE CRUST Crust is shell of volume <0.0001% of total Earth volume; a small but important part (to us). Crust evolved through time as “incompatible” elements were removed from mantle by partial melting. Relative elemental abundances O > Si > Al > Fe > Ca > Na > Mg.

6 At 15-25 km, the atmosphere is heated by absorption of UV by O 2 and O 3 (stratosphere). This is where the ozone layer occurs. Above ~ 120 km, mixing is so weak that gas molecules can separate gravitationally - H 2 and He are enriched at the top, O 2 and N 2 at bottom. Definitions: –Heterosphere: where gravitational separation occurs –Homosphere: well-mixed part of atmosphere –Turbopause: separates heterosphere and homosphere

7 THE ATMOSPHERE Volatile elements escaped from mantle during crust formation (e.g., volcanic degassing). Some were retained to form atmosphere. Capture of volatile-rich planetesimals (from orbits beyond Jupiter), which contained water, ammonia and methane. Primitive atmosphere, probably CO 2 + N 2 with minor H 2 and H 2 O(vapor). Modern atmosphere had to await evolution of life.

8 COMPOSITION OF THE ATMOSPHERE Water and CO 2 are somewhat variable in abundance. Most gases are relatively constant in abundance.

12 THE HYDROSPHERE Bulk of water at Earth’s surface is in oceans (>97%) and in polar ice-caps and glaciers. <1% is continental fresh water, most stored as groundwater. Source of water not well known: –Water bound as OH in meteorites? –Water-rich comets –Water-rich planetesimals? As Earth’s surface cooled to 100°C, water could condense. From existence of old sedimentary rocks, we know the ocean existed by 3.8 B.Y.

13 Differentiation of the Hydrosphere Oceans selectively remove elements from seawater: “The fate of all elements and compounds dissolved in the ocean is to be removed from it” Dissolved constituents in the oceans can be divided into two groups Conservative Non-conservative 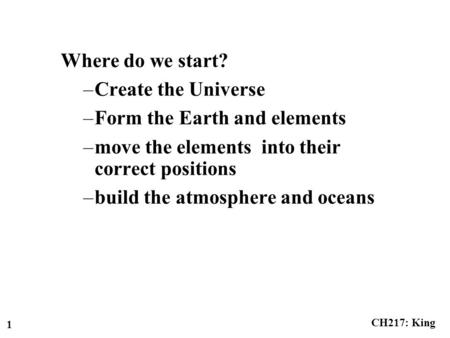 CH217: King 1 Where do we start? –Create the Universe –Form the Earth and elements –move the elements into their correct positions –build the atmosphere. 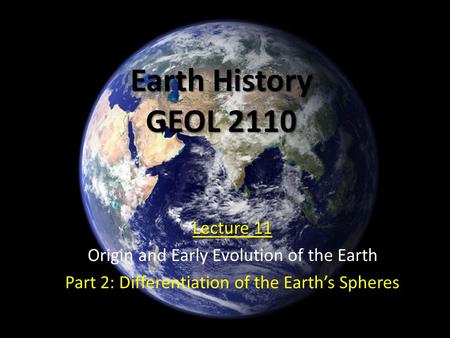 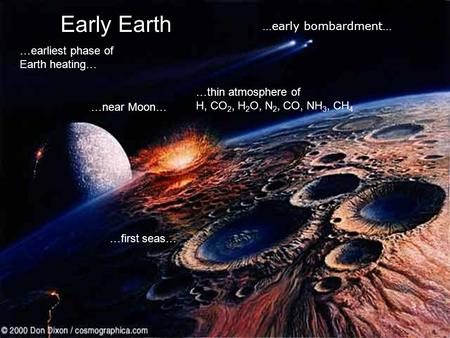 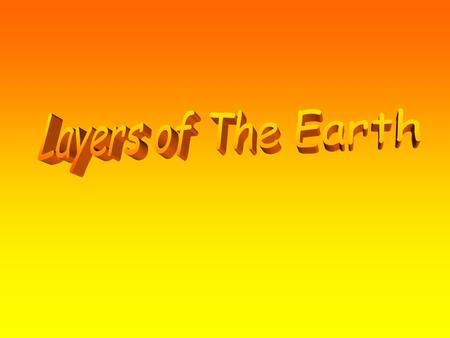 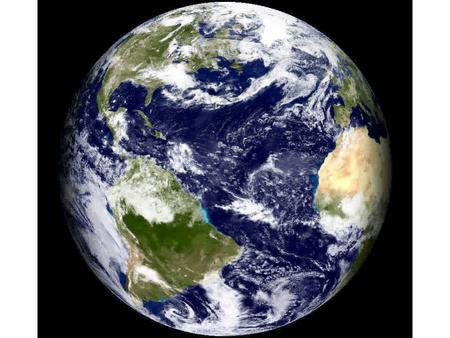 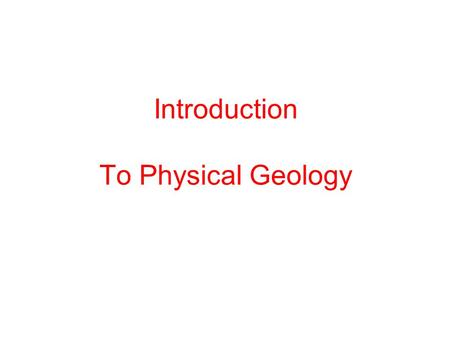 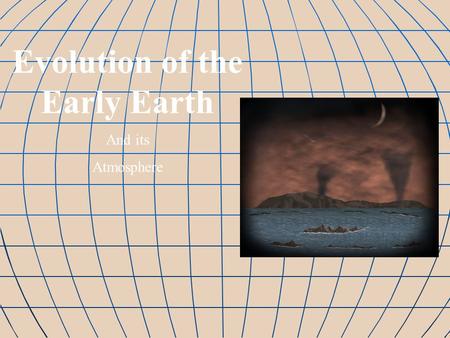 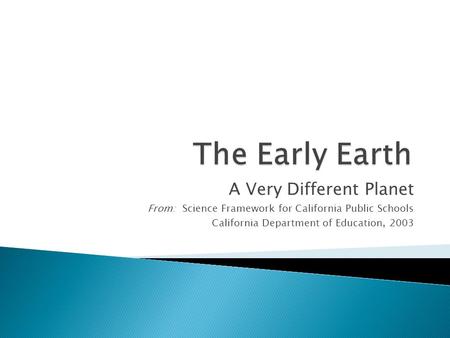 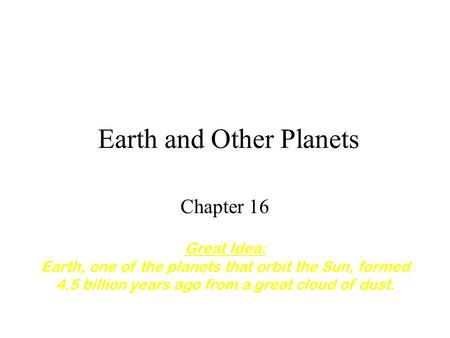 Earth and Other Planets Chapter 16 Great Idea: Earth, one of the planets that orbit the Sun, formed 4.5 billion years ago from a great cloud of dust. 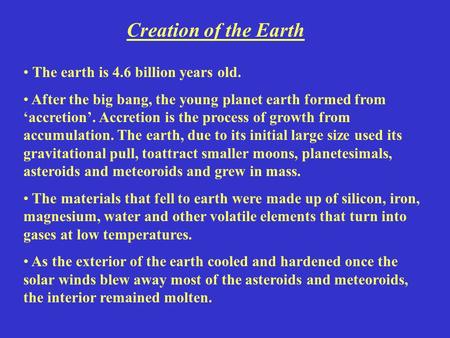 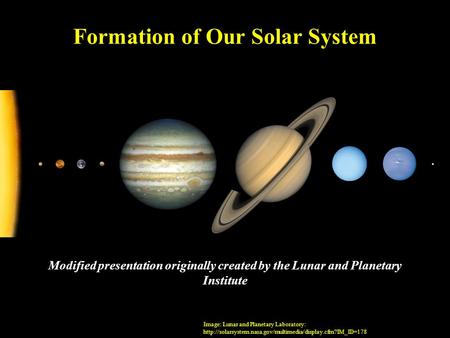 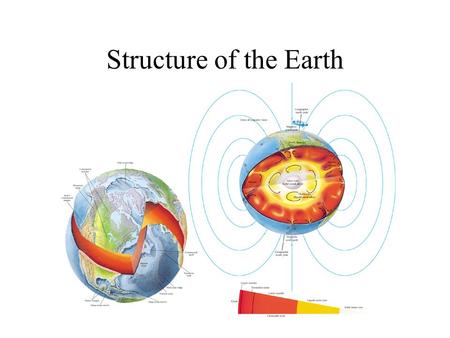 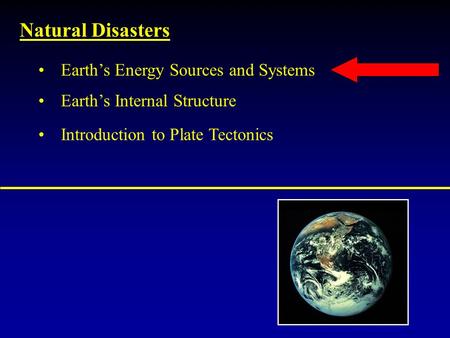