3 Motion & Graphs Motion graphs are an important tool used to show the relationships between position, speed, and time. It’s an easy way to see how speed or position changes over time These types of graphs are called kinematic graphs. There are two types: Position vs. Time graphs Speed vs. Time Graphs

5 Position Vs. Time Used to show an object’s position at a given time.
Position: on y-axis Time: on x-axis

6 You Try It: Graphing Position Vs. Time
Suppose you are helping a friend who is training for a track meet. She wants to know if she is running at constant speed. You mark the track in 50-meter increments and measure her time at each position during a practice run. Create a position-time graph using her data. Time (s) Position (m) 10 50 20 100 30 150

11 What does slope have to do with it?
Slope is the ratio of the rise (y-axis) to the run (x-axis) of a line on a graph. A bigger slope means a steeper line which means a faster speed.

14 Negative Slopes What does this graph mean??? And this one?
They show an object that is slowing down - or decelerating. The first graph is slowly decelerating, while the second graph is quickly decelerating.

18 Position Vs. Time - Changing Velocity
Now consider a car that has a changing velocity. It is not moving at a constant rate, but getting faster by the second. What would this graph look like? You try it first…

19 Does your graph look like this?
Be sure you have this one drawn

21 Predict: What does THIS GRAPH show?

22 This graph is for a car moving with a constant velocity of +5 m/s for 5 seconds, stopping abruptly, and then remaining at rest for 5 seconds. The straight line means its position is NOT changing.

23 Speed Vs. Time Used to show an object’s speed at a given time.
Speed: on y-axis Time: on x-axis

24 Speed Vs. Time - Constant Speed
This graph shows the speed versus time for a ball rolling at constant speed on a level floor. On a speed vs. time graph, constant speed is shown with a straight horizontal line. If you look at the speed on the y-axis, you see that the ball is moving at 1 m/s for the entire 10 seconds.

25 Speed Vs. Time - Constant Speed
Compare this speed-time graph to the position-time graph for the ball. Both of the graphs show the exact same motion, even though they look different. If you calculate the slope of the lower graph, you will find that it is still 1 m/s. 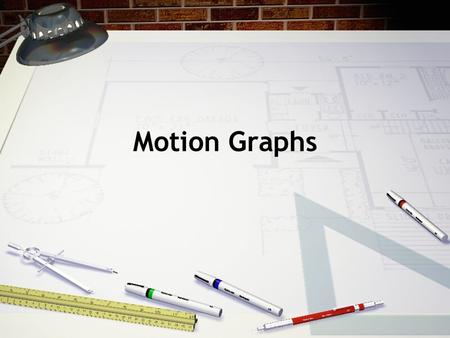 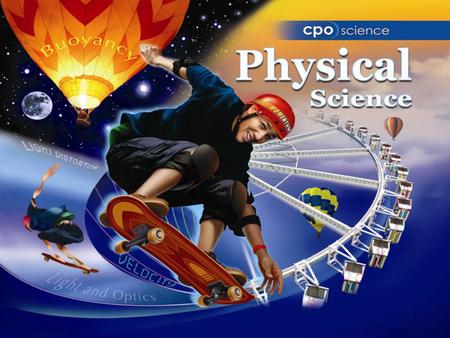 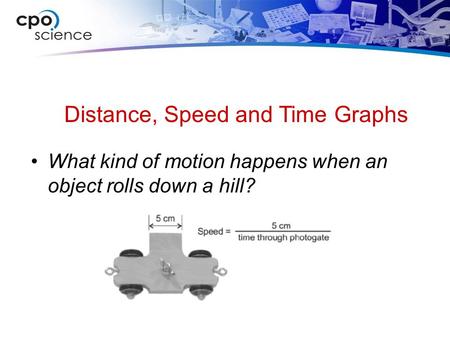 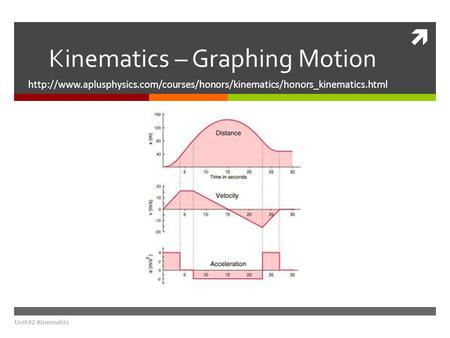 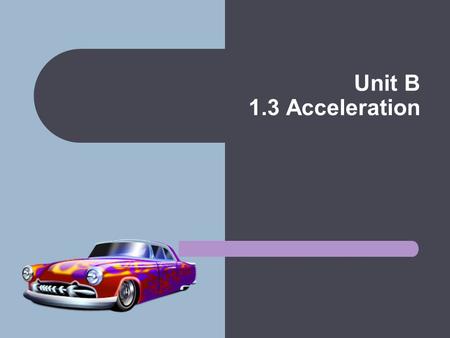 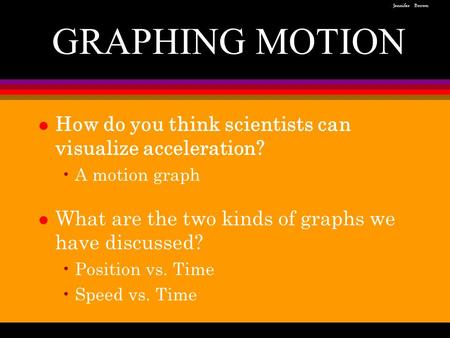 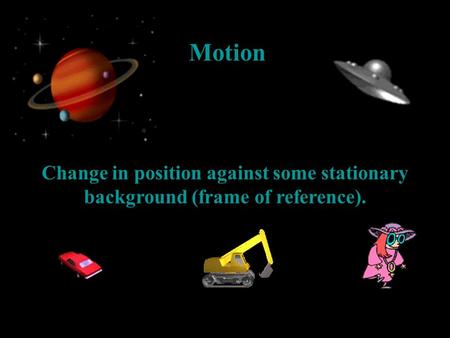 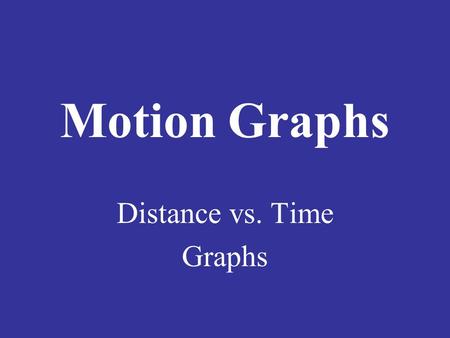 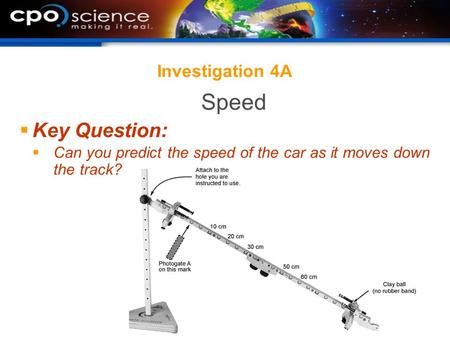 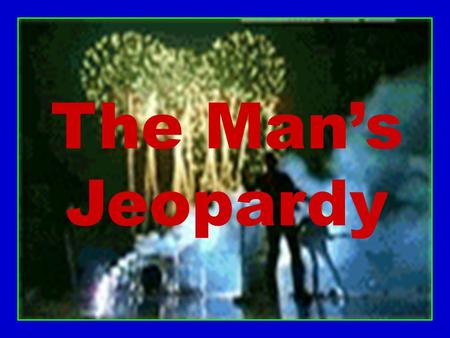 The Man’s Jeopardy Learning Objectives 1.Determine when an object is in motion. 2.Demonstrate how to graph motion (with graphs and examples). 3.Calculate. 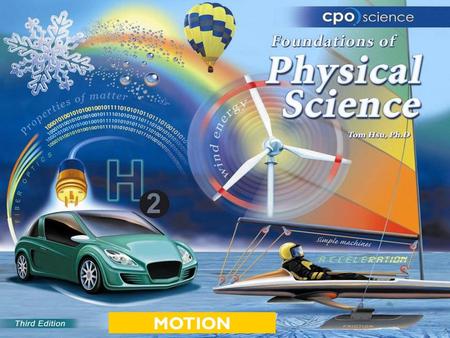 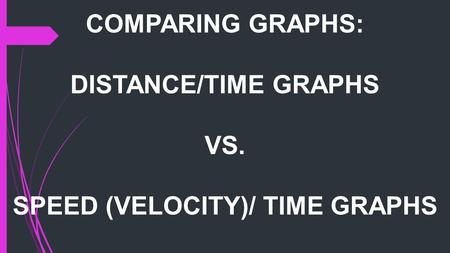 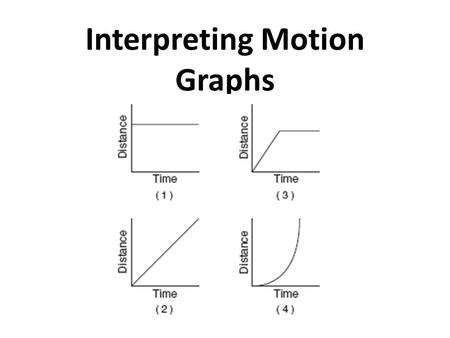 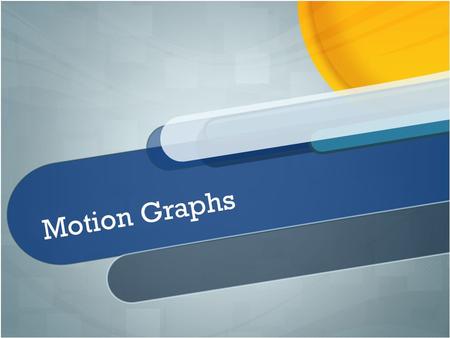